The gaming world has also evolved a lot and the current trends are very VR oriented. A large number of games are being ported to VR systems along with regular releases. The good news about this is that developers are also acknowledging the need for stable releases for VR games on Linux systems.

VR is a shortened form of Virtual Reality. This term is used to describe an environment where the player is immersed into and they can control its generated objects through facial and limb movements. A lot of the environment and its objects are usable like they would be in real life and developers are doing an astounding job at making the VR universe more immersive every day. The famous game Counter Strike: Global Offensive got a VR port some time ago and it is seriously humorous. The VR controls actually let you take out the magazines from your allies and enemies guns by simply using your hands to pull them out. This is just a small example of the kind of things you can do in VR that you normally would not see in any regular controller game.

Where to get games for Linux?

The Steam store is the best possible way to get games on the system as of now. You will not have to go through the trouble of installing different modules and softwares that allow the game to run smoothly as the Steam client will do all the hectic work for you. If you don’t have a Steam account, you better get one by downloading the client from https://store.steampowered.com/

What are some good VR games I can play?

That is a good question. Luckily, we have got you covered in that department as well. The list of games that we are going to discuss is fully supported by Steam and is VR stable for Linux as well. In order to not waste more time, let’s move on to the list!

If you haven’t been living under a rock for the last 8 years, you will certainly have heard of DOTA 2. It is one of the most played online games of this generation and it can also be credited as the pioneer of e-sports. DOTA 2 was the first game to offer a prize pool of over 1 million USD and the world went wild. This was 9 years ago and today, the prize pool has increased to a mind-boggling amount of 31+ million USD. The VR component of DOTA 2 is mostly oriented to spectating live matches but that is also an environment that is worth exploring. It is definitely a must-try for any DOTA 2 fan who has access to a VR headset and equipment. Coming up next on the list is Beat Saber. 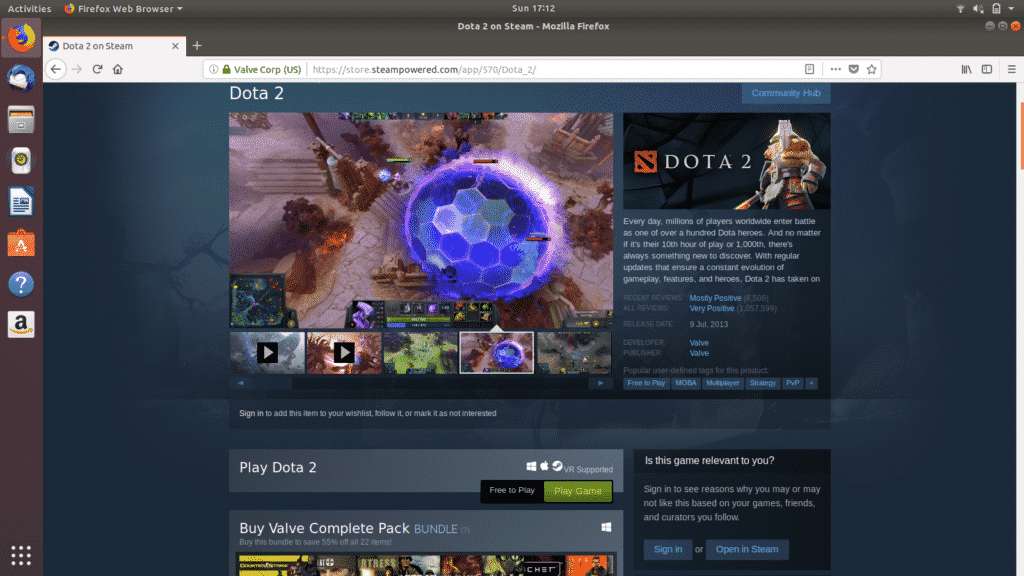 The Talos principle is a puzzle-solving game from the company Croteam. This was a true brain teaser as the game forces you to think unorthodoxly across all levels. The difficulty spike for the game is very sudden but that is also what makes it so enjoyable. The narrator does not shy away from bringing in elements of philosophy into the game and it makes everything all the more likable and interesting. The VR port does what every good VR port should do and that is to add a completely new element to the game which is us, the player. So much has to be done by hand now and it can make for some interesting bloopers to remember. 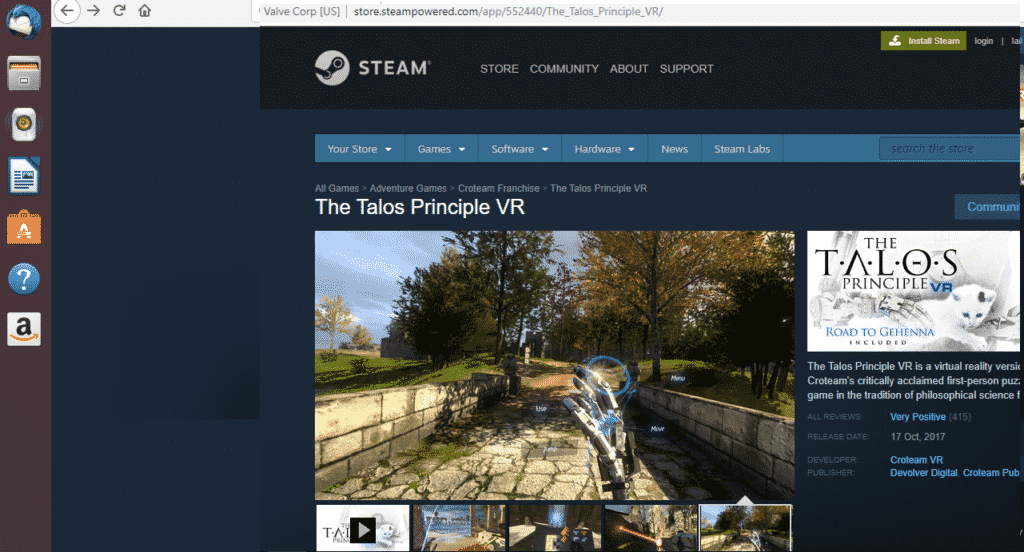 Beat Saber has a rather unique take on the world of VR. The objective of the game is to slice incoming boxes of red and blue colors with the correct lightsaber. Both of your hands are given lightsabers and one hand is the blue one while the other one is red. The closest game that one can recall is Guitar Hero. Over there, the objective was to perfectly match the tune of the song to the strings you were playing. In Beat Saber, boxes come at you with some pre-defined rhythm and you have to slice them with the correct lightsaber. The game gets very immersive and addicting in a short amount of time and it is one of the best VR games to try as of now. 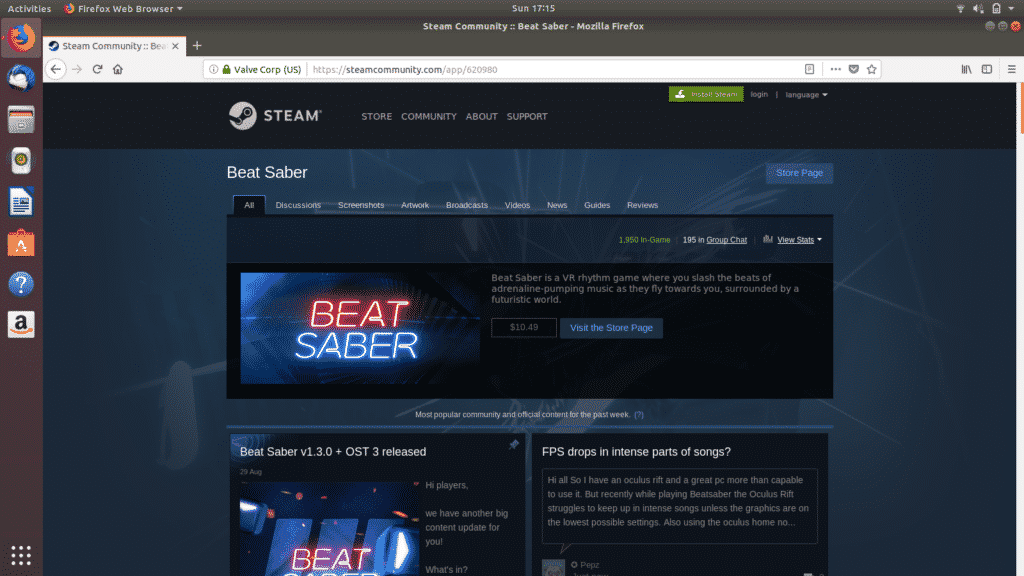 This is a game in which you get to experience building train models and tracks, while also getting the chance to ride your creation across the track you made. The game involves a lot of fun mechanics that you can fiddle with and requires some hours of playing to actually get familiar with everything. The real fun of the game begins when you have played enough to know what you actually need. Overall, it is a very solid buy and highly recommended. 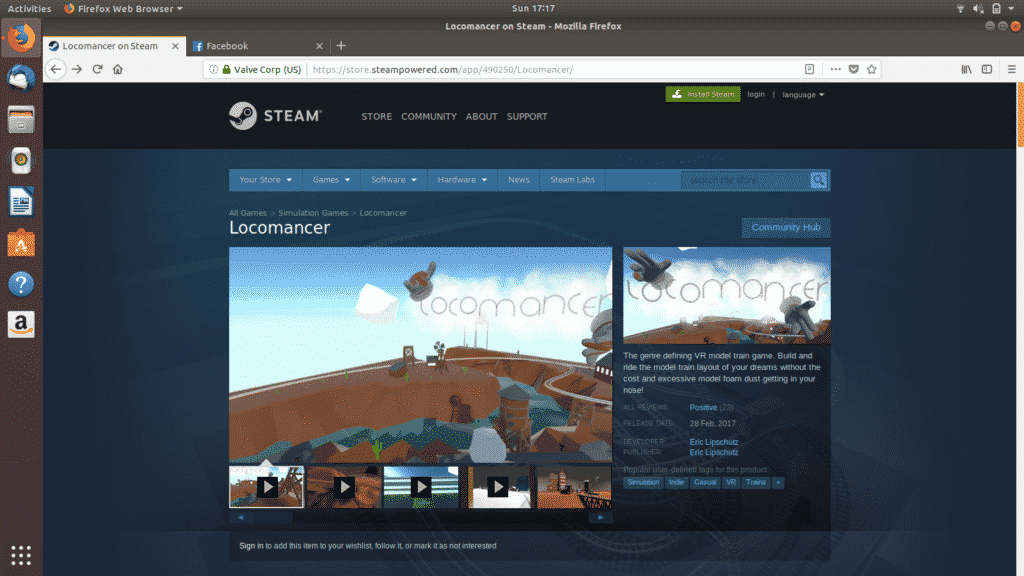 Serious Sam is a childhood memory of mine and I still adore the game. It is easily one of the best shooter games I’ve played in my entire life and the VR element is exhilarating. Instead of having to constantly run around and shoot enemies, you are now forced to stand in one place and shoot enemies while you have guns in both your hands, instead of the usual one you had in the normal games. It is an amazing redefinition of a an old game into the modern age and should be tried by anyone with VR equipment. 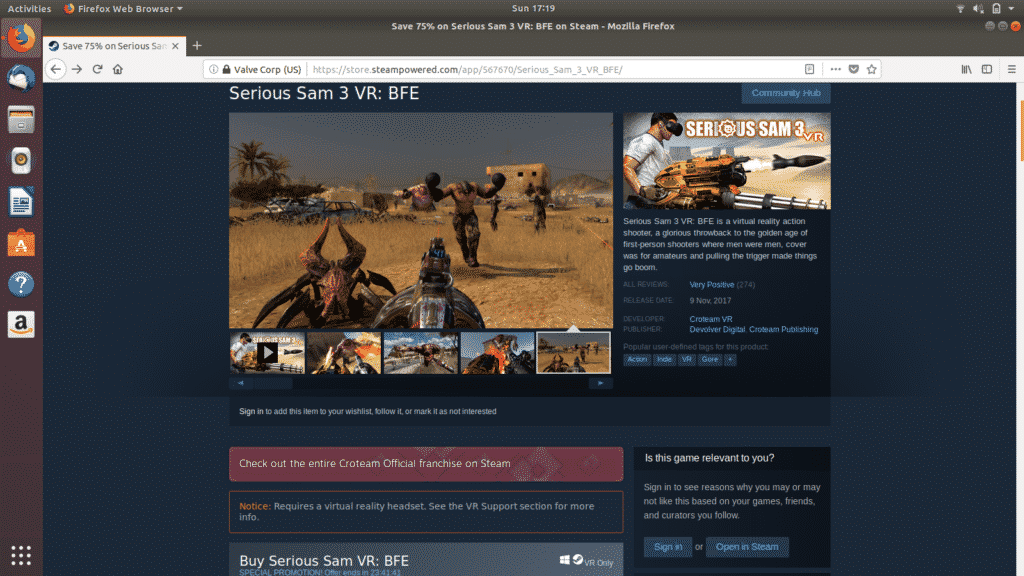 This might not be a real game but it is certainly an unforgettable experience. It allows you to explore the whole world as if you were actually there. You enter the name of a place you want to explore and you are soon placed there. From there, you can literally walk to any place on the Earth and experience the structures of numerous cities in the closest thing to reality that exists today. Had a dream to visit the wonders of the world, but no time or money? Now is your chance to! It doesn’t end there, in the places where Google Street View is fully explored, you can easily walk in congested streets as they are actually present on maps and see any landmarks and local food places. 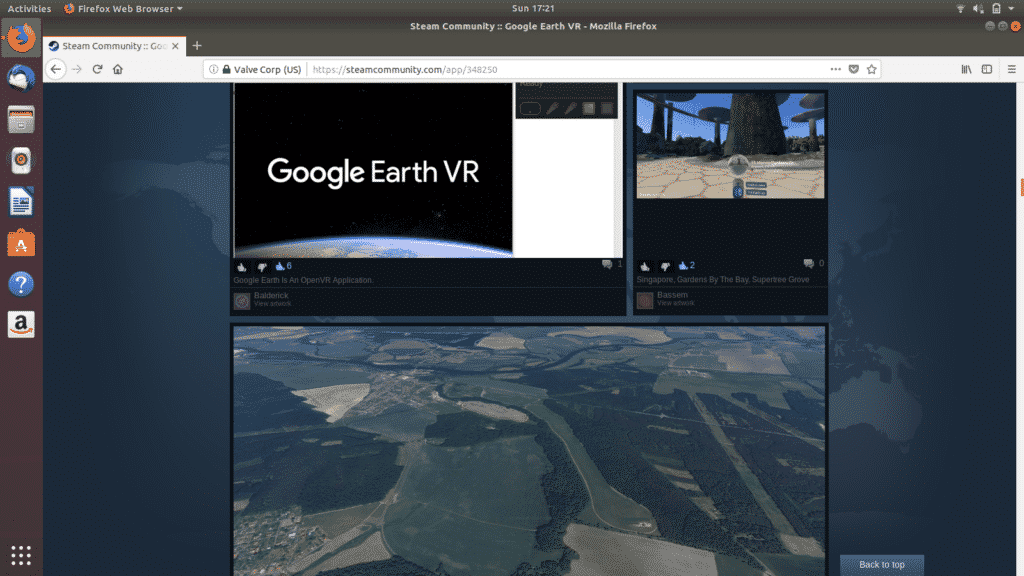