Virtual Reality, also known as VR, is becoming a hot topic nowadays. This comes as no surprise, as VR can change the real world into an entirely new, artificial world. By using a VR system, people can feel like they are present in a real environment, even though they are not. Some VR systems have a finger-tracking characteristic that allows users to touch objects and realistically interact with them. One can imagine his or her hands, perform haptic movements, and interact instantly with 3-dimensional objects in the augmented environment via the Finger Tracking Feature.

With conventional VR controllers and joysticks, users communicate with artificial objects by squeezing knobs and dragging triggers. This idea of the remote control is a tradition of two-dimensional collaboration. Remote controls prove helpful in creating an object (brush, marker, ball, baseball bat, etc.) that you can grasp, but it cannot provide you the flexibility of your hands and, particularly, your fingers. A practical depiction and control of the motion of hands and fingers improves the feeling of reality and makes the virtual environment significantly more instinctive. The VRfree® glove system allows you to associate with the virtual environment as you would in reality. This system has an arrangement of various inertial measurement units (IMU) on finger fragments, which can assess the complete 3-dimensional position of fingers and hands. 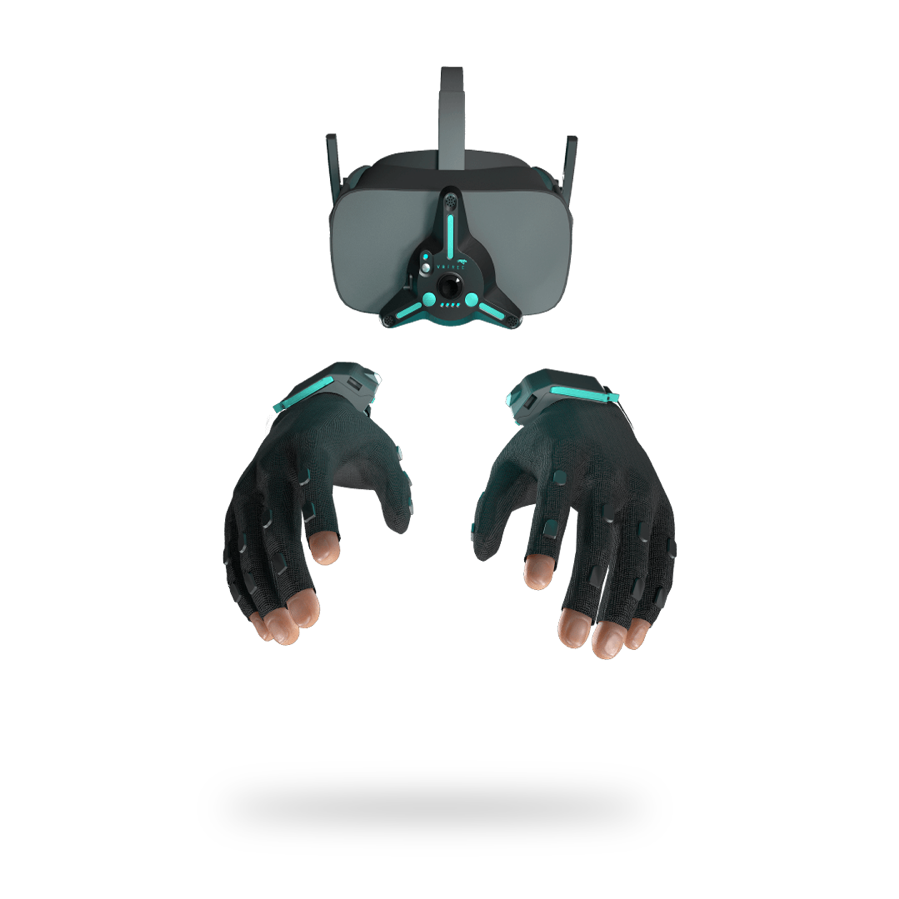 This concept has intrigued the human mind and triggered research on its implementation in our lives. Hence, it is being used for entertainment purposes in public places, such as shopping malls and gaming areas. Using this technology, people can experience touching objects “virtually” in reality. The technology relies on cameras to capture the movement of fingers and sensors to “sense” and detect the movements. However, there are still some bugs and glitches that need to be addressed and fixed before its full implementation.

This system consists of a 3-dimensional visualization software called TechViz XL. TechViz XL is software that acts as a driver to capture a 3-dimensional object in VR. The software is connected to professional devices like ART Vibro Tactile Finger Tracking, ART Finger Tracking Cyberglove, Canon MR, and the Leap-motion via its Finger
Tracking software. Hence, it is a compound technology, comprising of different combinations of software that are compatible and supportive. The principal goal is of this software is to ease computerized tasks by providing instructions to the PC through native language and collaborative movements.

Advantages of a Finger Tracking System

The advantages of developing a finger tracking VR system include the following:

VR technology uses the Finger Tracking Feature to make the virtual environment more realistic. Any user can deeply immerse himself or herself in the unreal world of gaming with finger tracking technology. This technology can show actions freely without any controllers, exactly as one would do in real life.