When writing a program for a specific task there are some values that remain constant throughout the program but some values keep on changing. Similarly, the declaration of each value either constant or variable is done with respect to its usage. This article briefly explains the variable scope and constant in the Arduino programming language.

Scope is a property of variables used in programming languages. The scope can be defined as the area of the program where the variables are defined. Furthermore, the variables are classified on the basis of the region in which they are declared. Based on the scope of the variables they can be divided that into three categories are: 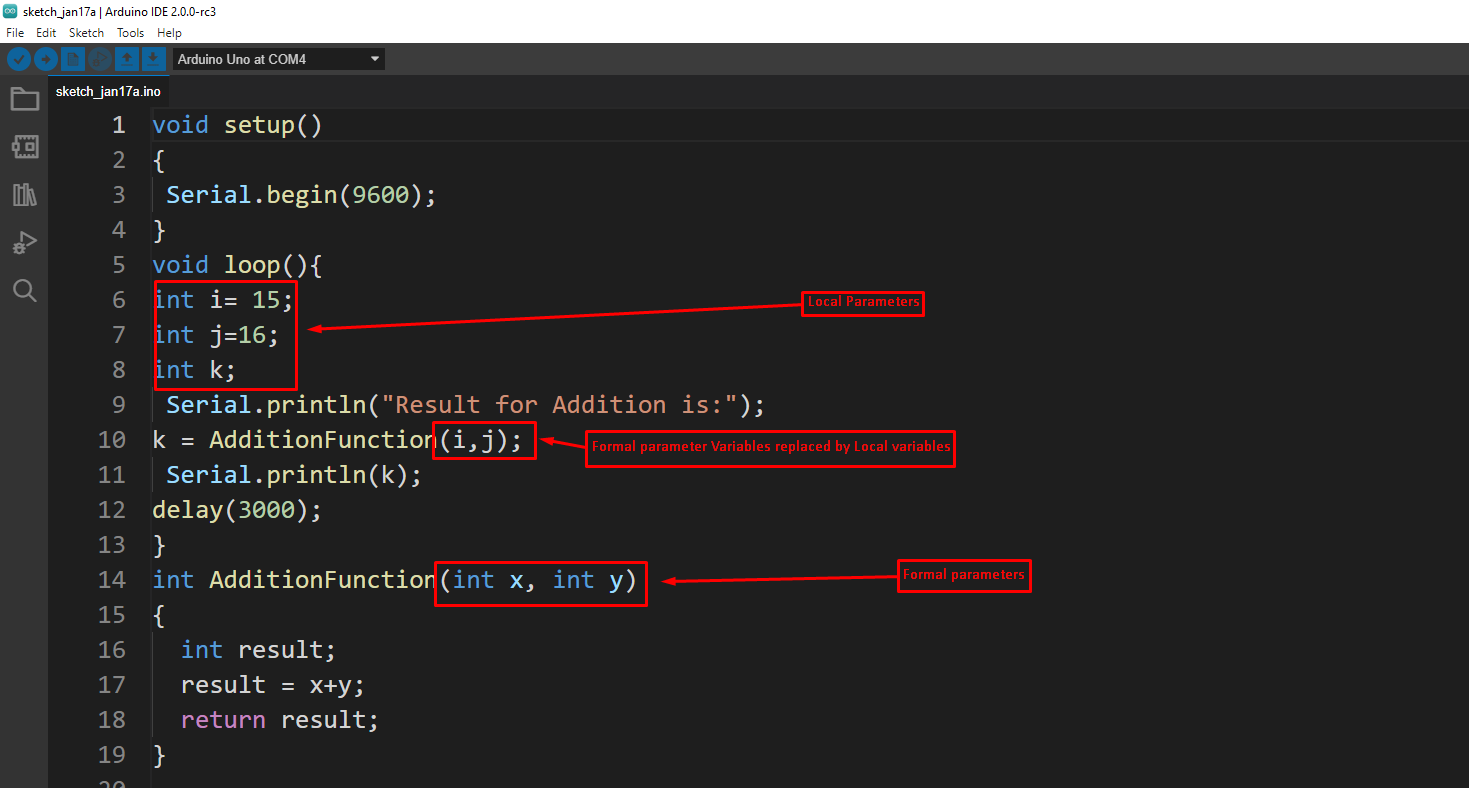 Like variables, constants are also defined in Arduino programs. If a program is using some mathematical equations having universal constants like Boltzmann constant, pi radians, charge on an electron are to be defined as constants then it can be done by using the keyword const. However, not only universal constants are declared as constant, but it could be any other value. To give a clearer picture of the constants an Arduino code has been compiled doing a mathematical operation that is multiplication is performed using both constants and variables.