Sysbench is an open-source and multi-purpose benchmark utility that evaluates the parameter features tests for CPU, memory, I/O, and database (MySQL) performance. This tool is important to benchmark the MySQL parameters especially when running a load of the intensive database. It is a freely available command-line tool that provides an uncomplicated and direct way to test your Linux system.

This article will provide you the details about the Sysbench command-line tool. We will discuss how to test the performance of Linux OS components through the sysbench utility as well. We have implemented all commands on the latest available Ubuntu 20.04 system.

The sysbench utility can directly be installed from the official Ubuntu repository by running the following command: 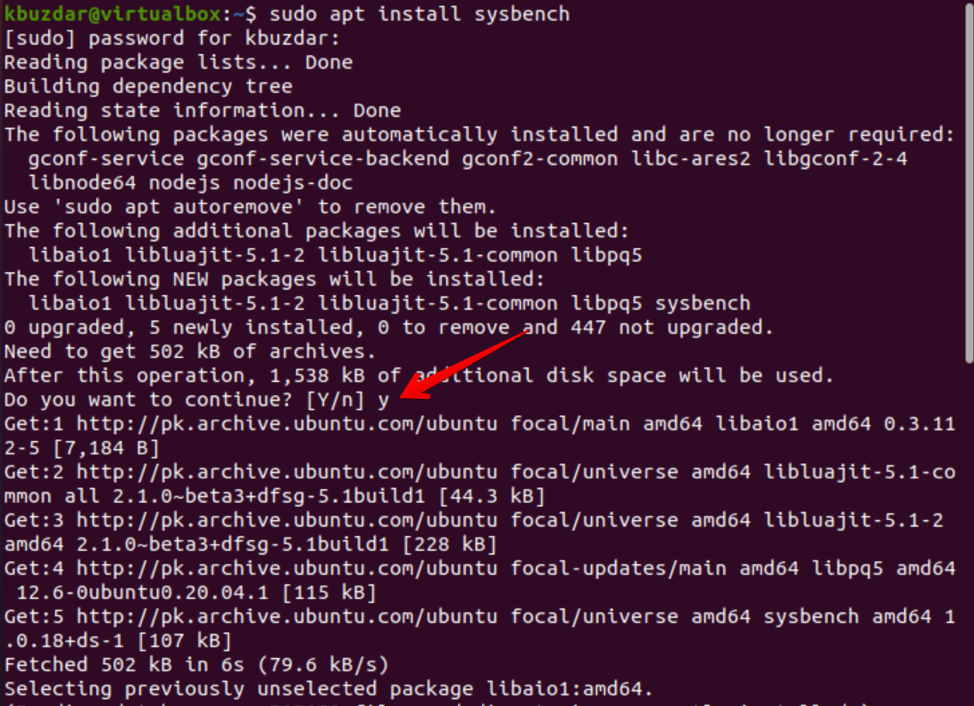 Enter “Y” and then press “Enter” to proceed further with the installation.

To evaluate the CPU performance, use the following command for CPU benchmarking: 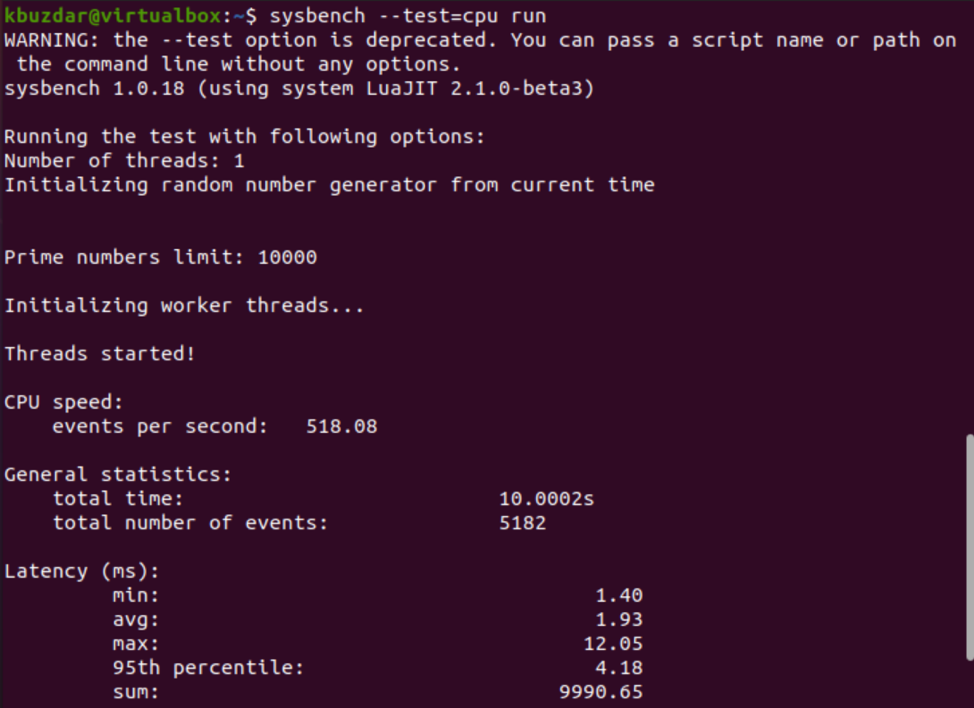 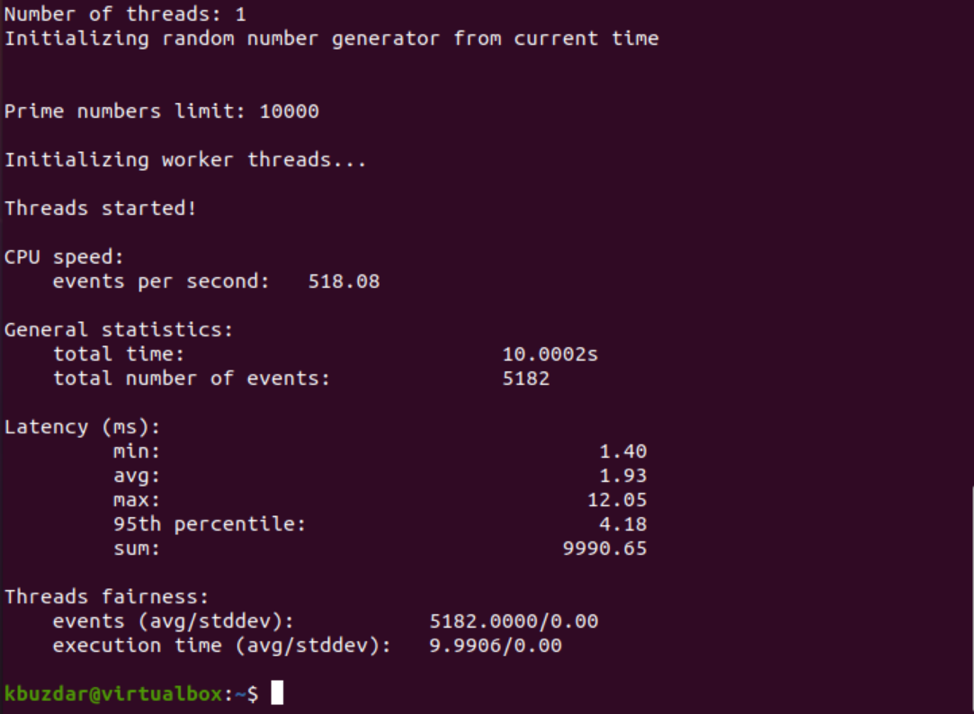 The command parameters can be modified based on your requirements. For example, use the following to benchmark the CPU performance: 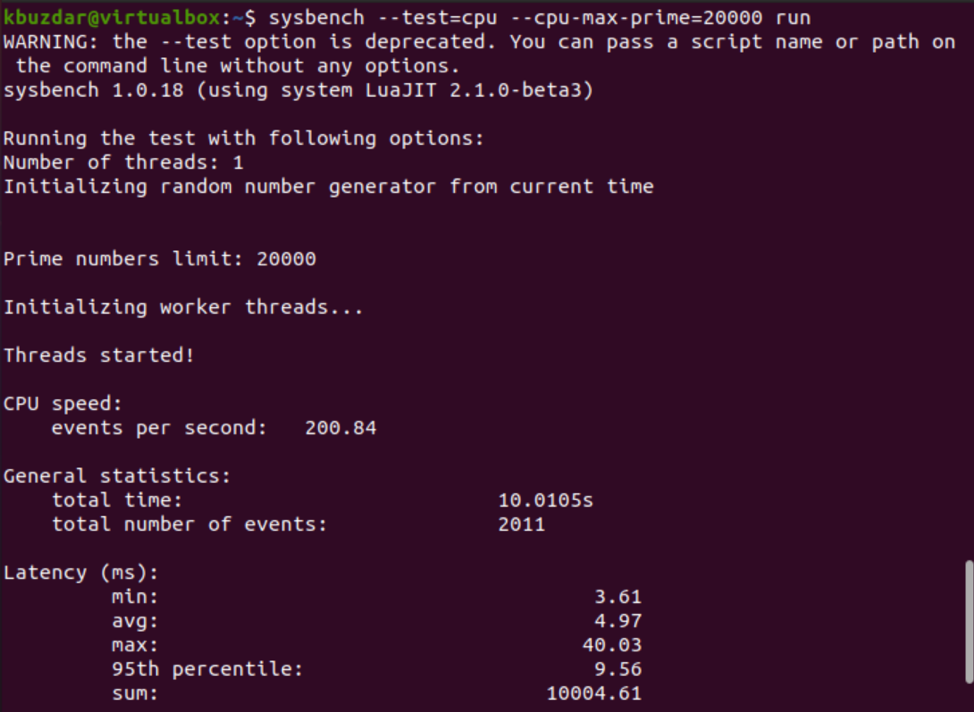 To test the Memory performance, type the following basic command on the terminal: 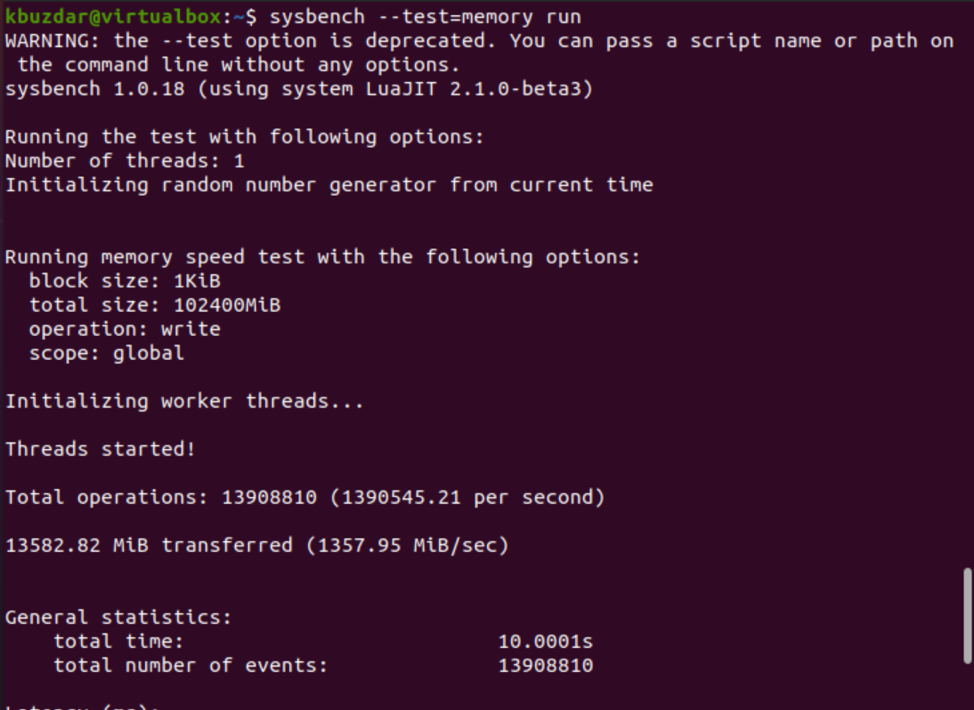 Memory performance can be tested by examining the two parameters, “Total Operations” and data amount transferred. 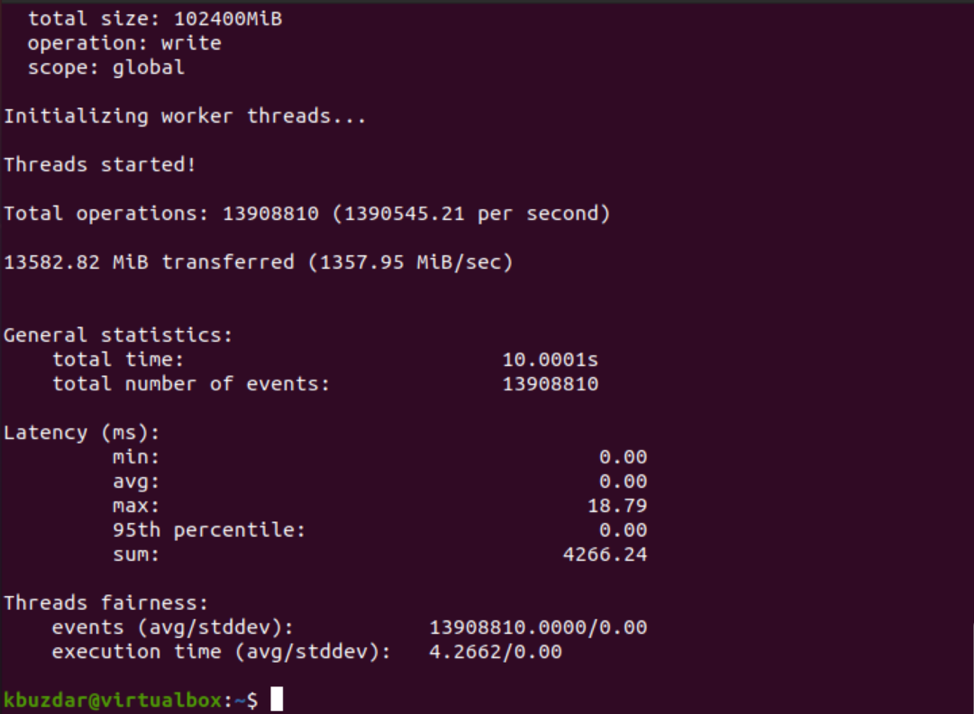 To test more memory options, use the following command:

The I/O performance test is a little bit different from the CPU and memory test. In file I/O testing, you need to create a test file that is much larger than your RAM size. The value you can set ”150 GB” is good. The general sequential write I/O performance test can be done using the following command: 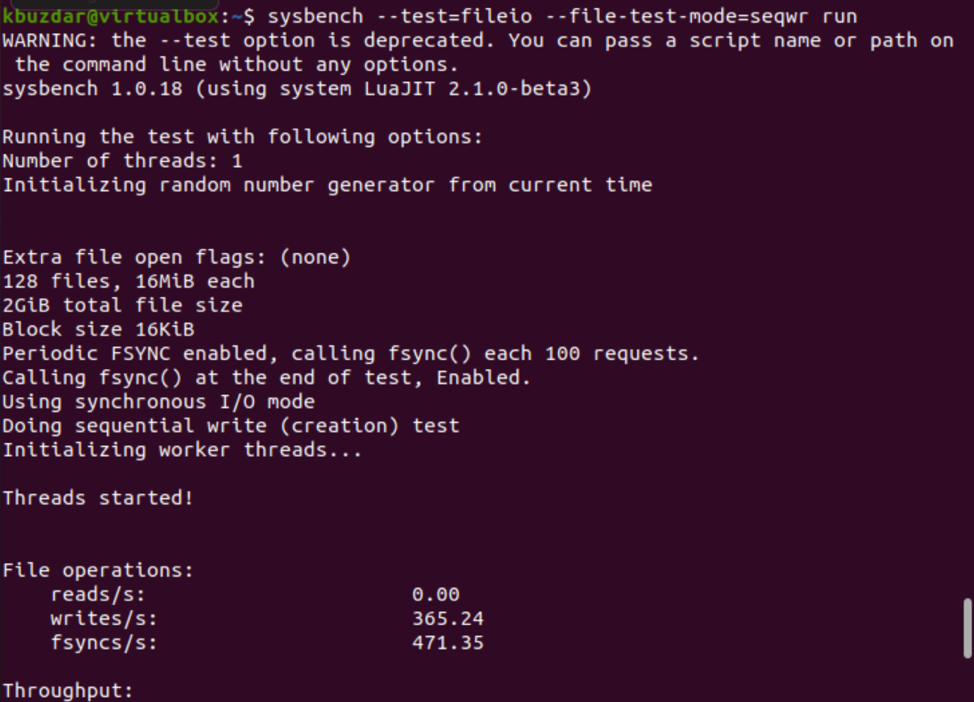 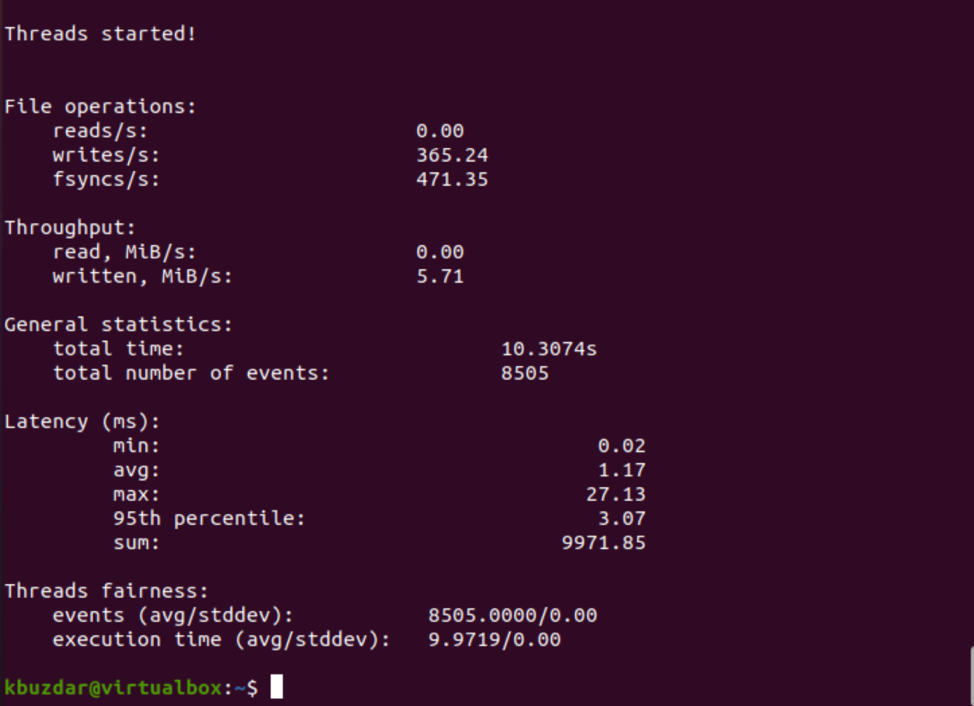 Explore more options by using the following command to perform the I/O benchmark: 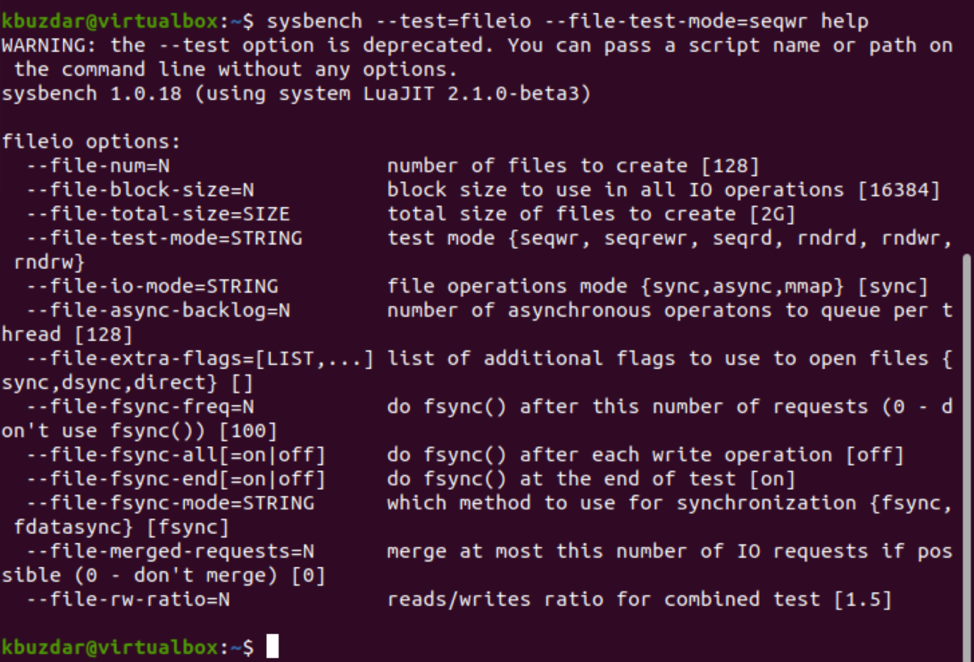 There are many options shown on the terminal. Just set the values of the parameters based on your requirements and test the performance of the I/O of your Linux system.

Once the performance test is completed, delete the test file by using the following command: