The syntax of this command has given below. It supports many options for generating authentication key pairs that have been described later.

The purposes of using different types of ssh-keygen options are explained below.

Generate the key pairs without any option:

The following command will create key pairs without using any option.

After executing the above command, you can provide the filename where the key will be saved or press the Enter key to save the default filename. Here, the Enter key has been pressed. Next, you can press Enter key again to set the empty password or set the password. 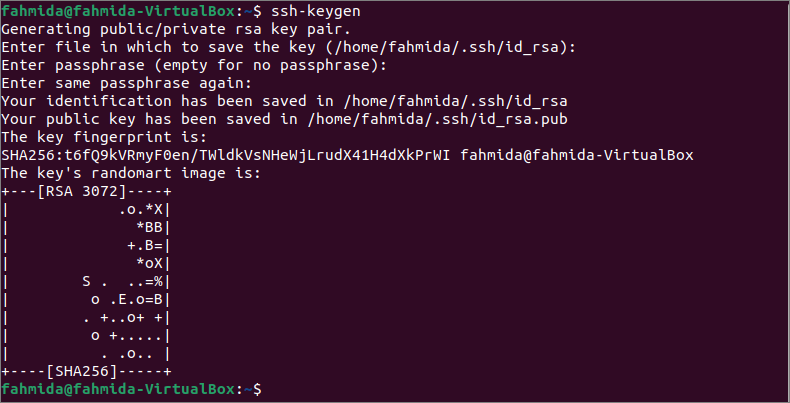 Generate the key pairs with a single option:

The following command will generate the key pairs of the rsa type mentioned in the command with the -t option.

Like the previous command, you can provide the filename or use the default filename for storing the key pairs and set the password or the empty password for the SSH connection. 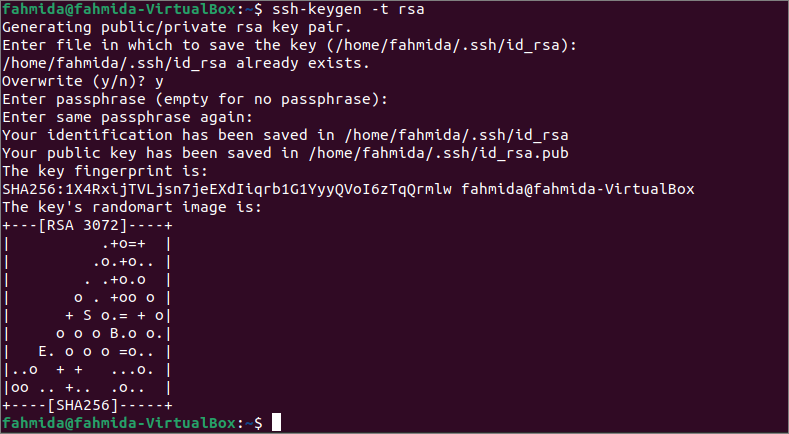 Run the following command to generate the key pairs of rsa type with 2000 bits and the comment value, “[email protected]”.

Like the previous command, you can provide the filename or use the default filename for storing the key pairs and set the password or the empty password for the SSH connection. If you generated the key files before executing the above command, then it will ask you to overwrite the key file or not. If you type ‘y’, then it will overwrite the previously generated file with the new keys. 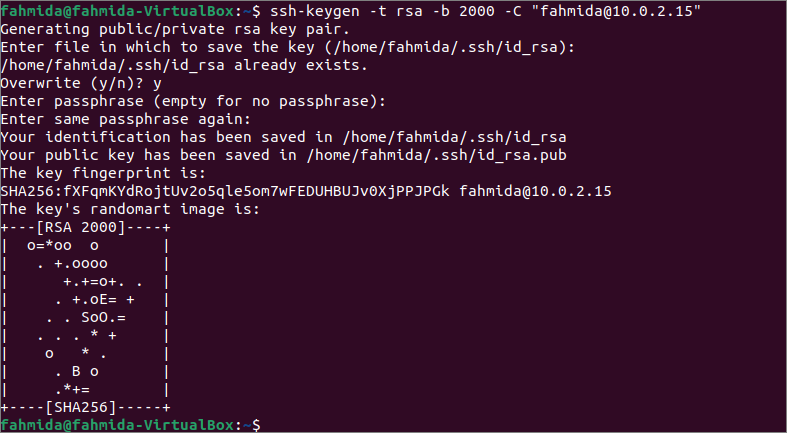 Copy the public key to the server:

The following output will appear if the public key didn’t add before into the server machine.

Modify the config file of the server:

Add or modify the file with the following lines to enable the password-based authentication and set permission for root user login.

Save and close the file. Run the following command to restart the SSH service.

Login from the SSH client:

Login to the client machine from where you want to connect with the server to check whether the SSH connection is working. Open the terminal and run the following command to add the identity of the server machine.

Run the following ssh command to connect with the server machine from the client machine. The password authentication and root login have been enabled in the SSH configuration file of the server in the previous part of this tutorial. So, the user has to provide the valid root password of the server machine to establish an SSH connection successfully.

The following similar output will appear after establishing an SSH connection to the server from the client.

The ssh-keygen uses to generate SSH key pair in different ways have been explained in this tutorial. I hope the Ubuntu user will generate the SSH keys by using ssh-keygen for establishing an SSH connection after reading this tutorial.