Linux operating system is increasingly popular in several enterprises. Many distributions are available, including Mint, Ubuntu, and Kali. Kali is among the most prominent Linux distributions, and it is commonly used by penetration testers. Kali Linux comes with a slew of free, open-source software that becomes ideal for penetration testing. Kali Linux is currently accessible in the Microsoft App Store for Windows 10 for security experts and penetration testers. While there are obvious drawbacks, Kali Linux introduces a slew of new command-line tools that will prove invaluable to the proper professional. Microsoft has included a feature named “Windows Subsystem for Linux” (WSL) in Windows 10 that allows users to run Linux programs right on the operating system. We can utilize practically all of the Kali tools on our Windows machine because of this program. On top of Windows 10, we can run Kali Linux. The installation of Kali Linux on the Windows 10 Subsystem is really simple. In this tutorial, you will find a suitable way to install Kali Linux on your Windows 10 operating system.

Kali is really simple to set up. Now, you have to double-check that you have the proper hardware. The minimum hardware requirements are stated below. However, better gear will result in better performance.

Installation of Kali Linux on Windows 10

To install the WSL, right-click on the Start Button of your Windows 10 operating system and pick Windows PowerShell from the drop-down menu. Open it with administrator rights. To run, write the following affixed command and hit the Enter key as shown in the attached image:

During the execution, the system will request a reboot. So, ensure to reboot your system before proceeding further. The Microsoft App Store is recommended in the official guide for running Kali on Windows Subsystem. To complete the task, follow the guidelines below:

Initially, type “Microsoft Store” into the menu button. On the menu, you will see the App Store. Then hit the Enter key. In the search field on the top part of the screen, type “Kali Linux” and press Enter key. Kali Linux will be available via the Microsoft App Store, as shown in the affixed screenshot. 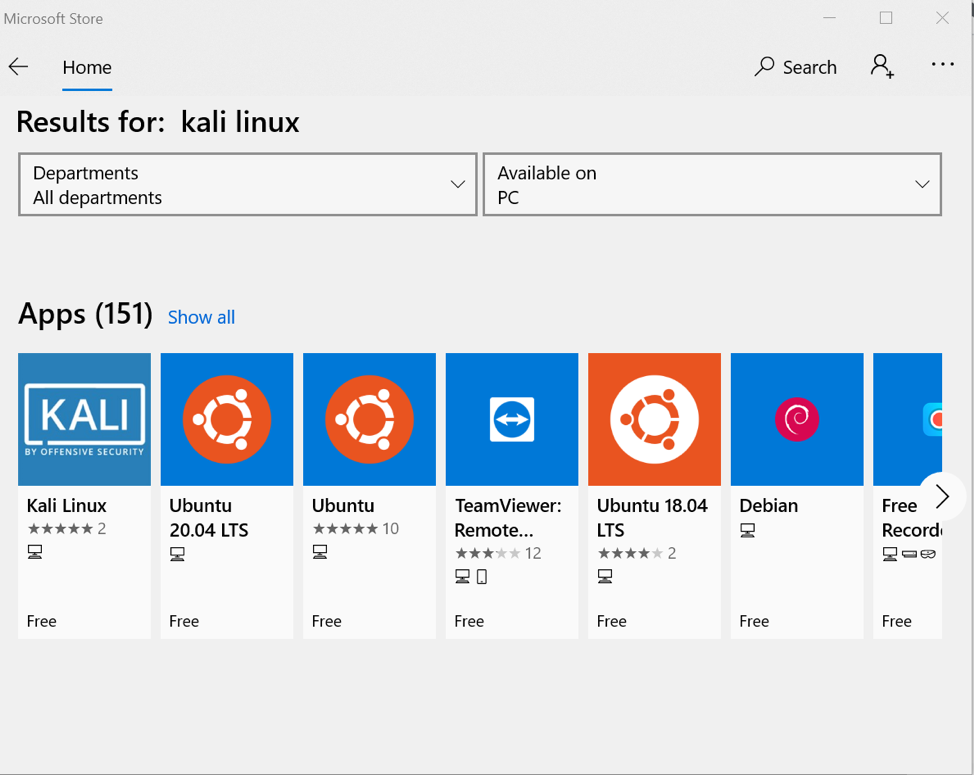 Then, you have to click on the Kali Linux app. Simply click the “Get” button and wait for the installation to complete. The whole process will take few moments, depending on the internet connection of your system. 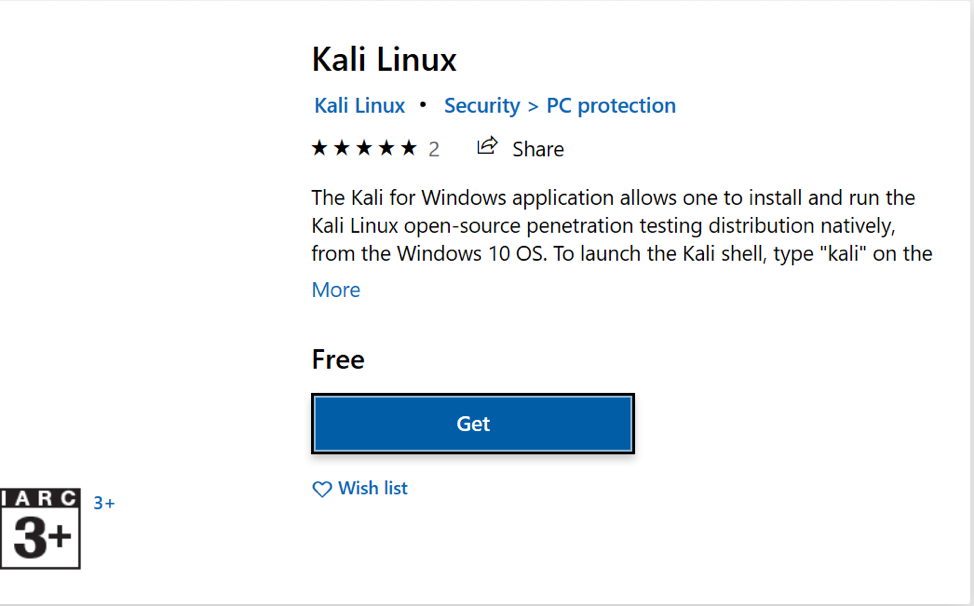 Once the installation is completed. successfully, close the window:

Enter the word “Kali” into the search area. We have to input the name of the user and password now that Kali Linux is running. You have to utilize the Command prompt to get started. It might take a little time to get started. 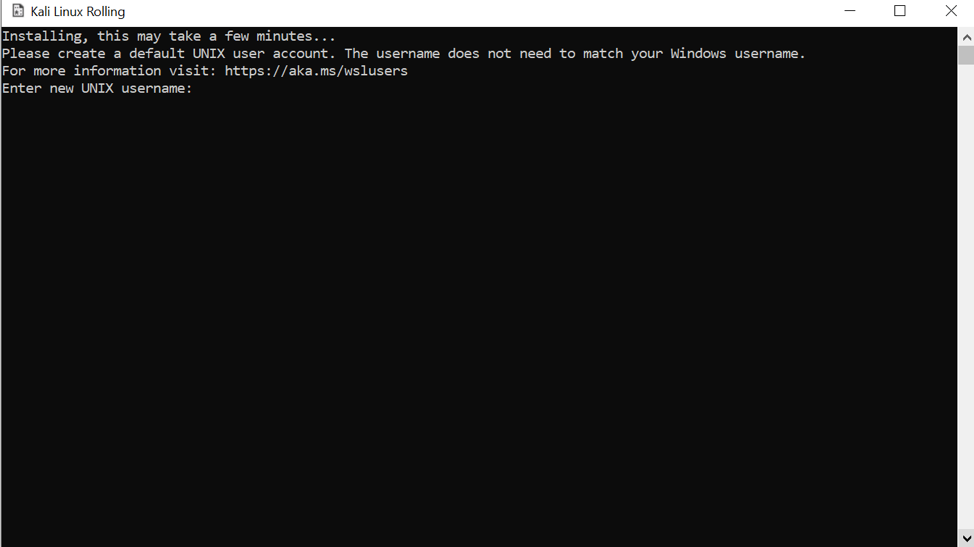 Enter any username you choose. For example, kalsoom is the name of the user we created. The name can vary as per your word need. Then, on the next line, insert your password and hit Enter. On the terminal, a new prompt will display:

For the verification of the environment, you have to run the appended command:

The environment will be verified by the execution of the previous command. Now, we have to update the system with the help of the listed command below:

It will take some time to complete the update. Now, run the following command:

Since the password is needed, type in the password, and hit Enter key. These two commands will download and install the updates on your system. As a result, your Kali Linux machine is updated. Now, Kali Linux is configured on the system. You can run commands and perform functionalities as per your work requirements.

In conclusion, Kali Linux is a fantastic operating system utilized by a wide range of professionals. It is an operating system that everyone in the IT sector and computer lovers should be aware of because of its comprehensive utilities, reliability, and ease of use. This software is a wonderful addition to the Windows Store for users with optimal Linux knowledge and a firm understanding of the capabilities of numerous penetration testing tools in Kali Linux and how to load those tools. It has made Kali Linux more accessible to Windows users by simplifying the installation process. Now, I hope you can efficiently install Kali Linux on Windows 10 operating system quickly.