Switching from one mode to another

To switch from insert mode to command mode, you have to press the escape “Esc” key.

Vim installation command:
Execute the below-given commands for installing Vim editor if you don’t have it already.

The vim editor is derived from vi. It also utilizes the same hjkl keys to replace the functionality of arrow keys. Among vim users, hjkl keys are preferred and advantageous to use. You never have to leave the first row, allowing you to be speedier while working in vim editor. In addition, someone who has already dealt with wrist pain does not have to shift his hands to arrow keys, which is a great relief for them.

Now let us show you how the hjkl keys work as same as arrow keys in vim editor. For that, firstly, we will create a sample file using the vim command.

In vim editor, for inserting text in this “sample.txt” file, we will switch to the Insert mode by pressing “i.” 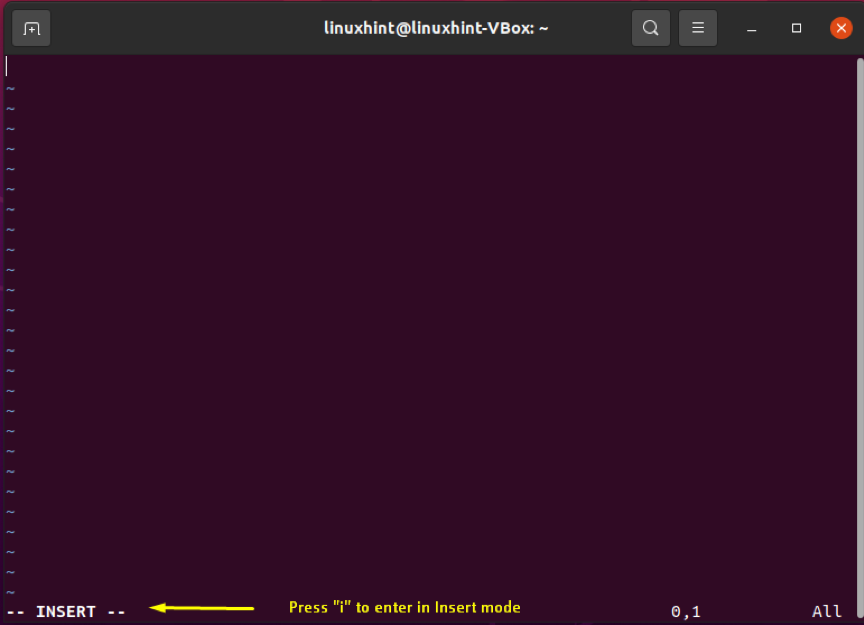 We have added some text to this file. 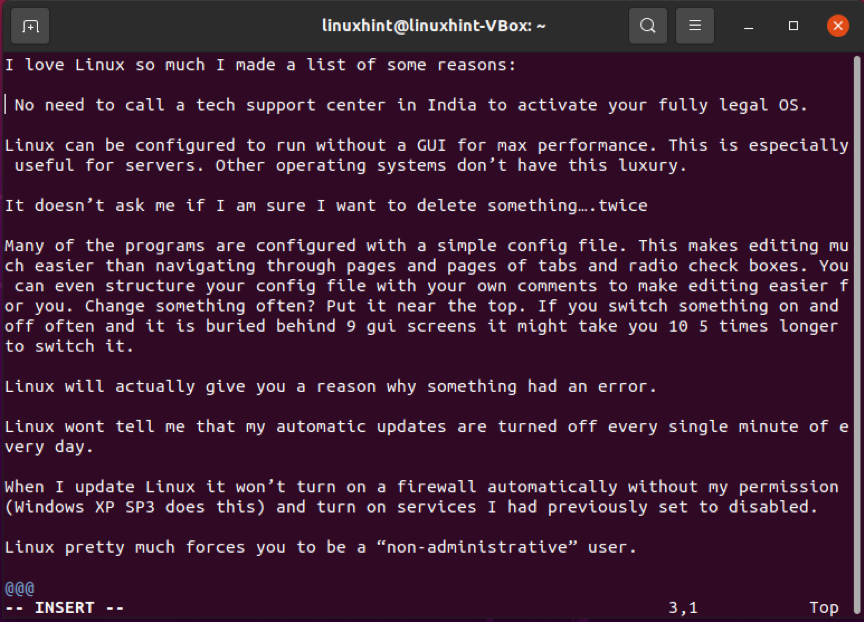 Press “ESC” to switch back to the command mode, then type “😡” to save the file. 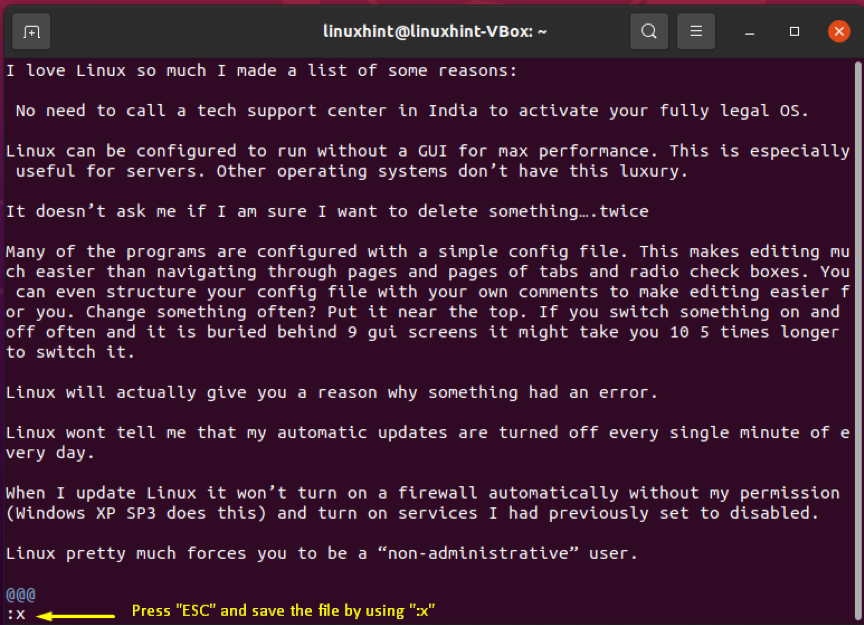 Now you are using vim editor in command mode. Use the hjkl in the following manner:

Note: For scrolling in vim editor, you can utilize the arrow keys too, but hjkl keys usage will make you scroll faster in the vim editor. 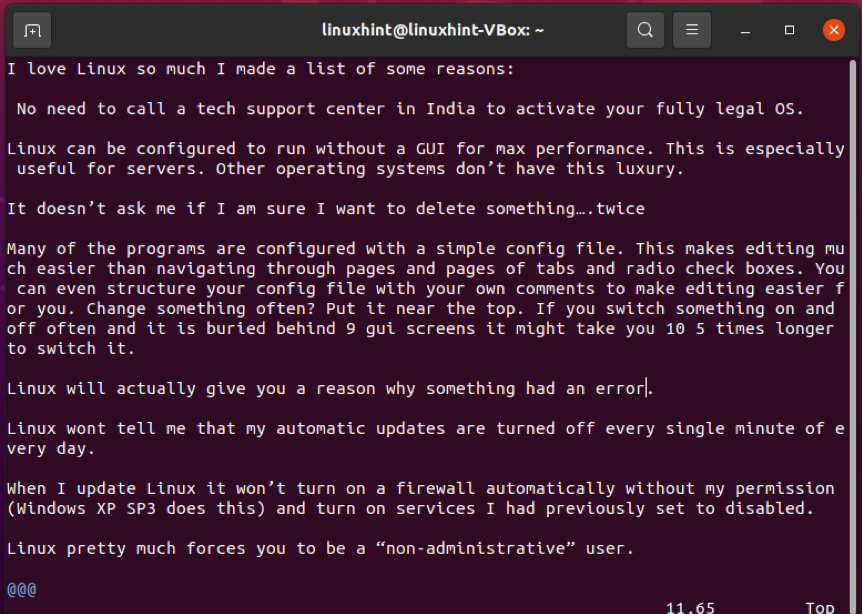 Vim is a text editor that several Linux users use for its incredible features, including syntax highlighting, multi-level undo, command-line editing, multiple buffers and windows, filename completion, visual selection, and a comprehensive support system. However, vim is derived from vi editors; it prefers hjkl keys for scrolling and moving in the text editor. These hjkl keys usage will make you scroll faster in the vim editor.