Universal Serial Bus commonly known as USB has brought convenience to the users since its release. People use it to communicate with other devices since it allows them the freedom to easily connect with a device having a USB port option. There are multiple USBs connectivity standards released up till now, and the latest one among them is the USB4 connectivity standard, which uses the USB Type-C connector.

If you are curious about finding the difference between the normal USB-C and USB4, follow this article to see a detailed comparison on these USB standards. 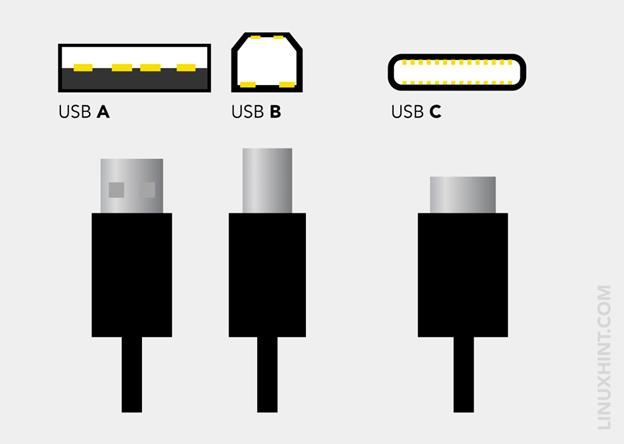 Before getting into the comparison let’s have a brief introduction to each of these USB types. So, you can get familiar with them.

The USB-C mostly refers to the hardware or physical design of a connector. The USB-C consists of a C-Type connector. The initial USB connectors were USB Type-A and Type-B, but USB Type-C is better and faster than its previous counterparts. Also, it provides greater power than both Type-A and Type-B. The best thing about the USB-C connector is that it is reversible, which means it can be connected upside down unlike other counter types such as Type-A.

USB4 is the latest version of USB which mostly refers to cable technology meaning the user can have a USB4 with a connector of Type-C for better performance in a single cable. USB4 offers a high-speed data transfer rate of around 40Gbps, but if you purchase the latest version of USB4 (launched in September 2022) which is USB 4 2.0, you can achieve a data transfer rate as fast as 80Gbps. The good thing about USB4 is that it is compatible with even older technologies with which it can fit, else a separate connector can be used to connect USB4 to older technology. The dual line cables of USB4 have higher bandwidth compared to previous versions, making it an ideal choice to deliver more data at high speed.

USB4 supports dynamic bandwidth allocation that means the bandwidth allocation depends upon the current need. Another key feature of USB4 is its protocol tunneling that includes USB 3.x, DisplayPort and PCIe. More importantly PCIe USB4 devices can be released without Thunderbolt branding, which makes USB4 an open-source thunderbolt compatible technology.

Comparison between USB4 and USB-C

The detailed comparison of both these USB types is discussed below based on different specifications which include:

USB4 provides greater compatibility than USB-C because it supports backward compatibility with almost all the USB technologies including USB 2, USB 3, Thunderbolt 4 and others. Whereas, USB-C is only compatible with USB 3 and USB4.

USB4 charging power is better than USB-C because of the better cable technology. The power provided by USB4 is 240W. On the other hand, USB-C provides 100W power, however, this can be increased to approximately 100W.

The USB-C connector is reversible and the user does not have to worry about the orientation of the connector. USB4 only uses the Type-C connector, it is not compatible with older connectors like Type-A and Type-B.

A complete chart of USB version, type, speed, and charging is given below:

USB C is mostly linked to the physical design of a connector. Whereas, USB4 is mostly related to the technology used for high-quality cables for better and fast data transfer. USB4 is the most recent type of USB and is compatible with older technologies, a separate connector can also be connected to fit with devices that do not have C-Type ports. USB-C might be better than its counterparts like USB A or B but it is surely not better than USB4.