Wireless adapters are a great addition to your desktops if they didn’t come equipped with a Wi-Fi module. This is specifically convenient if the router is too far from your desk to connect an Ethernet cable. Similarly, if your laptop did not come with wireless capabilities, though this is very rare nowadays, or the built-in wireless card had gone haywire for some reason, or you simply just want to upgrade your system’s Wi-Fi, you can easily just plug-in a wireless adapter to get you connected. 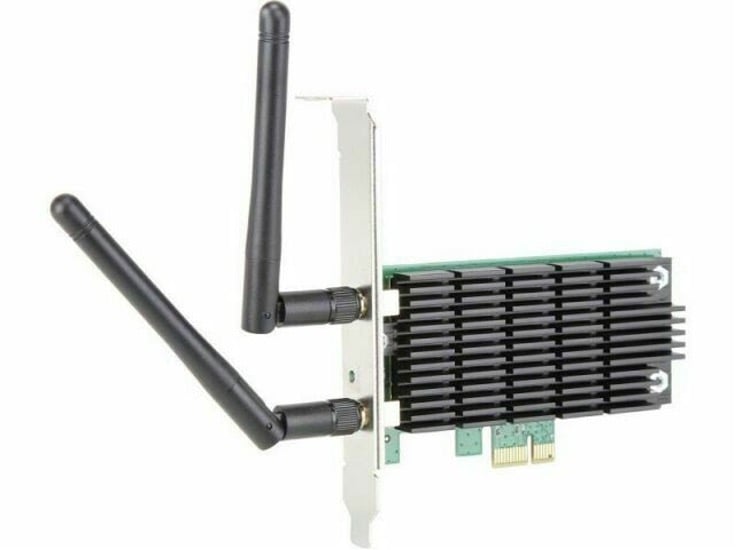 Generally, PCIe Wi-Fi cards have better performance than USB adapters. Given the performance and technology used, they also have higher price tags. Aside from using the faster PCIe interface, latest PCIe Wi-Fi cards are equipped with Wi-Fi 6 technology. Even those equipped with lower Wi-Fi protocols are still considerably fast. The attachable antennas, usually one to three, also ensure a more reliable and stable transmission.

PCIe Wi-Fi cards don’t require much from your motherboard. It would fit nicely on a PCIe x1 slot which can supply more bandwidth than what is needed if your motherboard is backboned by at least PCIe 3.0. If slots with bigger lanes are all that’s left, you can still insert your Wi-Fi card in any of them, but there won’t be any improvement on the performance.

Theoretically, Wi-Fi 6 PCIe cards can go as fast as 2.4Gbps on a 5GHz frequency, which is approximately 300MB/s. On a 2.4GHz band, max transfer speed is 574 Mbps or 71.75 MB/s. A PCIe 3.0 x1 slot has a transfer speed of 985MB/s, three times more than what a Wi-Fi 6 card needs on a 5GHz band. Remember though that your router has to be a Wi-Fi 6 router to achieve this speed. If it’s on Wi-Fi 5 or lower, it’s still not too bad but you won’t get the full benefits of the adapter on Wi-Fi 6 since the specs will be downgraded to that of the lower standard.

To get the best connection, it’s better to have less obstructions between the PC and the router. Placement of your desktop will also have some impact on the PCIe card’s performance. If for example, your desktop is placed below your desk and the back of it is facing the wall, which is what’s usually the case, the signal will be obstructed, resulting in a slower or erratic connection.

Another downside of a PCIe card is the installation process. For PC builders and for those who are a bit tech-savvy, it may be an easy job but for novice users or for those who don’t have any technological inkling, it might be quite intimidating. Installing the Wi-Fi card would require some tinkering around your PC’s internal parts and you may need a screwdriver. You have to open up your PC’s casing, unscrew or remove the expansion slot plate, slot-in the Wi-Fi card to a PCIe slot, secure the card with a screw and put back the cover.

Once inside the casing, its mobility will be limited. You have to go through the process of removing and installing the card again if you want to use it on another computer. Although the installation is a bit tedious, your card will be more secure once inside the casing since it will not be exposed to external factors that can cause damage to it. Unlike the USB adapter, there’s also less to no chance of getting lost, stolen or misplaced.

Some Wi-Fi cards are plug-and-play, which means there’s nothing else that you need to do after the installation except to connect to a wireless network since the operating system will automatically install the driver once it detects the card. Some other cards however, would need you to manually install the driver from the CD included in the package or download the driver off the internet. Most PCIe cards also include Bluetooth support. 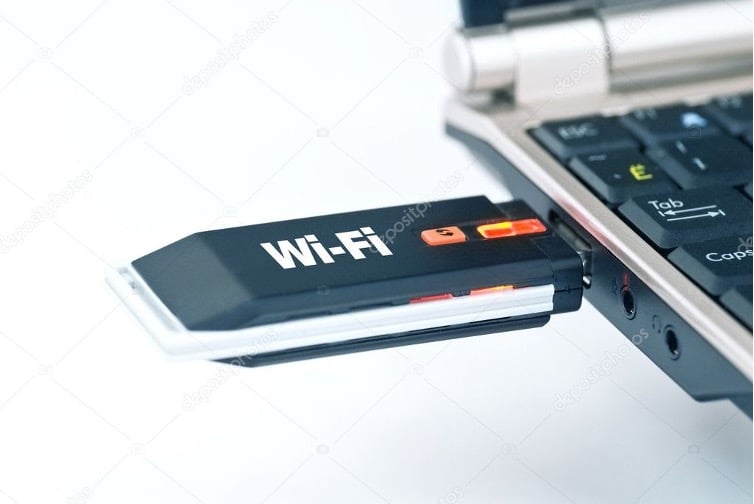 USB Wi-Fi adapters or sometimes called USB Wi-Fi dongles come in different sizes and forms. Some look like the standard USB flash drives, some are even smaller, and some come with built-in antennas. Compared to a PCIe Wi-Fi card, a USB adapter is more convenient to install. Like any USB device, you simply have to plug it into an unoccupied USB port on your PC and you’re good to go. Flexibility and mobility are also its strongest advantages over PCIe. You can plug it into either a desktop or a laptop, unlike the PCIe card which is primarily designed for desktops. You can also just unplug it if you want to use it on another PC or carry it with you for wireless availability anytime. On a side note, you have to be extra careful when carrying it around, since there’s a possibility of it getting lost, stolen, or misplaced because of its smaller size.

Just like the PCIe cards, most USB Wi-Fi are also plug-and-play so the operating system will take care of the driver installation, unless otherwise specified by the manufacturer. Unlike PCIe cards though, USB dongles don’t include Bluetooth capabilities.

When it comes to performance, USB Wi-Fi cards lag behind their PCIe counterparts. USB Wi-Fi dongles using Wi-Fi 6 protocol started to come out but most still conform to Wi-Fi 5. The speed depends on the brand and the underlying technology used. The fastest speed you’ll find nowadays is 1.7Gbps on a USB 3.0 port. If your laptop is still on the lower end USB 2.0, it will downgrade the speed of the dongle and you will experience a slower connection.

Then again, the speed specifications are all theoretical. Actual speeds vary due to many factors. As in with PCIe cards, the location of the computer is also important to get a good connection. There should be an open line-of-sight between the router and the wireless dongle and as much as possible, it should be placed nearer the host router for optimum performance, especially those that don’t come with antennas.

You can add either a PCIe or a USB wireless adapter to your computer if they lack wireless functionalities or if you want to up your PC’s wireless standard but which one should you get? You can’t have it all so you have to weigh in each adapter’s pros and cons. PCIe Wi-Fi cards have superb performance compared to USB Wi-Fi adapters but they’re not as easy to install. Not to mention they’re also pricey.

On the other hand, USB adapters are cheaper, more flexible, more mobile, and easier to install, anyone can do it. If you’re a power user who needs top-of-the-line wireless speed and you don’t mind paying extra bucks for it, you can go for the PCIe adapter. However, if you choose price, flexibility, mobility and ease of installation over performance, the USB adapter is your go-to device.