Are you a new Ubuntu user and facing storage problems and want to delete unnecessary packages then you are in the right place. Ubuntu allows you to install and uninstall the package by both graphical user interface and command line interface.

In this article two ways to uninstall a package from the Ubuntu system are discussed. You can follow any of the two according to your requirements. 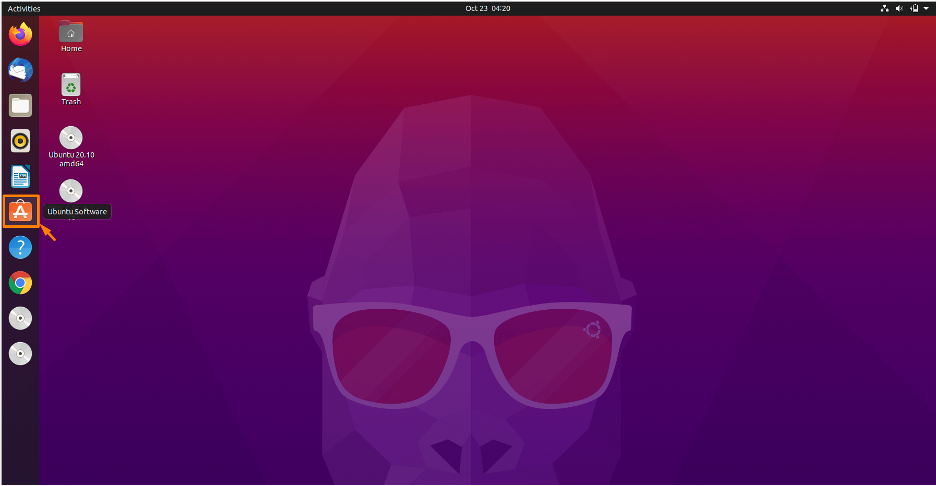 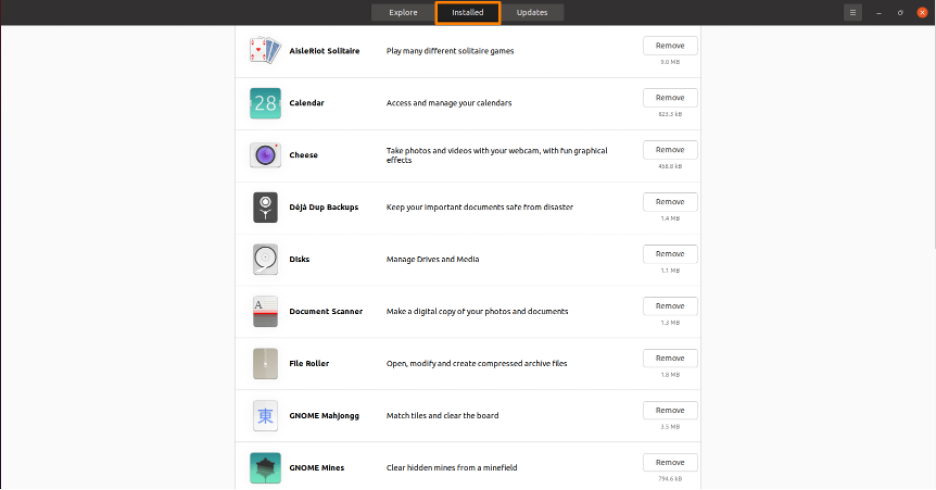 Step 3: Remove Package/App
Now you can remove any package which is present in installed packages of Ubuntu software center. I am removing Document Scanner from installed packages by clicking on the “Remove” button in front of package to be removed: 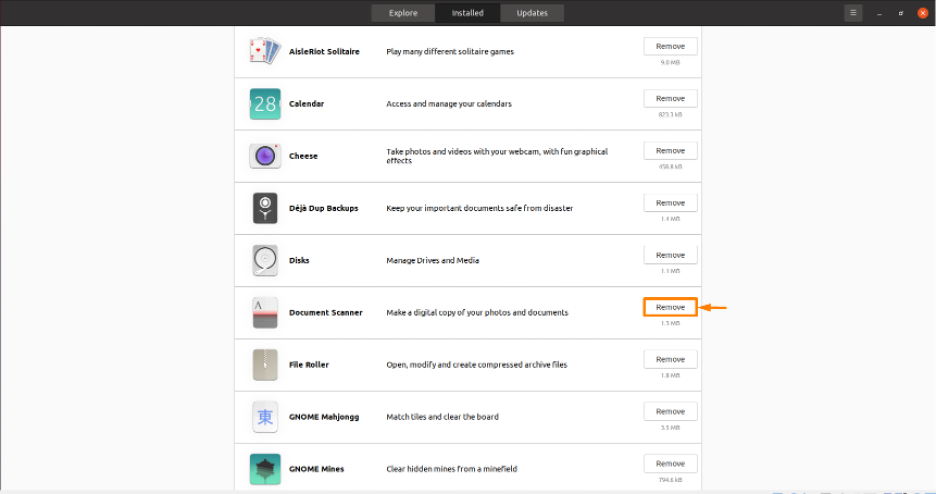 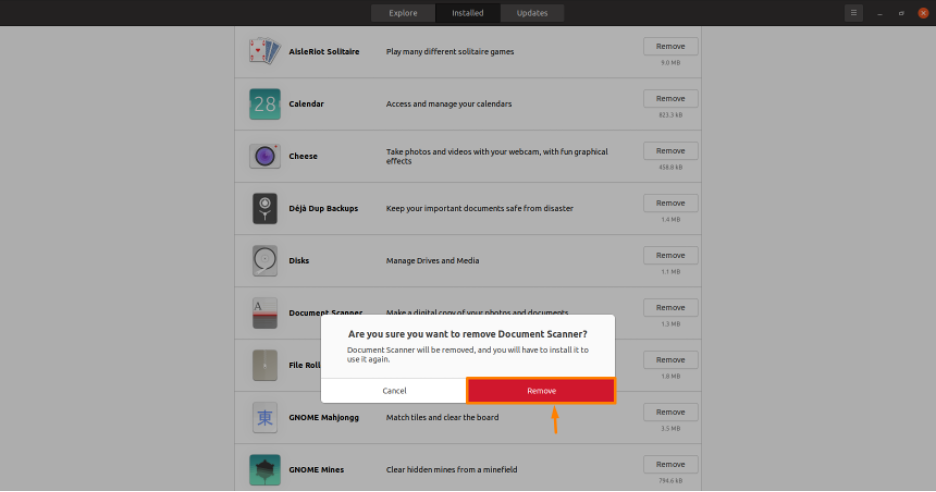 Some installed packages are not available in “installed packages” of Ubuntu software center so we can remove them using the terminal. There are three ways to remove package using command Line:

Uninstalling Package using “apt” : The best way is to use the “apt” command to remove packages.

The apt( Advance Packaging Tool) is the default package manager of Ubuntu.

Set the package-name which you want to remove.

Example: Run the below mentioned command to remove “nodejs” package from Ubuntu system:

In place of “nodejs” write the name of the package you want to remove.

Uninstalling Package Using “dpkg”: We can also remove package from system using dpkg command, dpkg is a Debian package manager that allows you to install, build, uninstall, and manage packages:

Change “package-name” according to your requirement.

Example: Run the below mentioned command to remove “make” package from Ubuntu system:

In place of “make” write the name of the package you want to remove.

Uninstalling Package using “snap”: Although the Snap package manager is very new, it is included in all current Ubuntu editions. To uninstall packages, which were installed as snap packages you need to run the snap command which works independent of apt command. The syntax is given below:

Set “package-name” which you want to remove.

Example: Run the below mentioned command to remove “rocketchat-server” package (which is installed as snap package) from Ubuntu system:

In place of “rocketchat-server” write the name of the package you want to remove.

Uninstalling unnecessary Packages : Your package management may download dependencies that are required to correctly install a package while installing some software. These dependencies will remain on your system after it finishes installing a package, but they will be unused. As a result, it’s a good idea to run the following command on a regular basis to clear out any unwanted packages from your system.

Run the below mentioned command to remove unused packages: