Developers use Git to track the code files and folders for large development projects. To perform this task, users add changes on the local machine and then push them to the connected remote repository. However, sometimes developers make changes, and after committing them, they may want to un-revert the reverted commits. For this purpose, the “$ git reset –hard HEAD^” command can be used.

How to Revert a Git Commit?

Step 1: Navigate to Particular Local Repository
First, use the “cd” command to move to the desired local repository:

Step 4: Track File
Now, add the newly generated text file in the staging area from the working area by executing the provided command:

Step 5: Update Local Repository With Added Changes
Next, run the “git commit” command along with the commit message using the “-m” option to update the current working directory with the newly added changes:

As you can see, the HEAD is pointing to the most recently added commit: 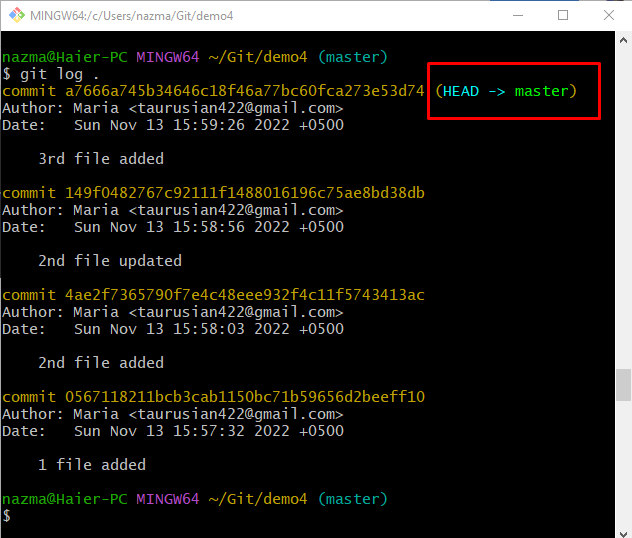 You will be asked to add the commit in the opened text commit file with the default text editor: 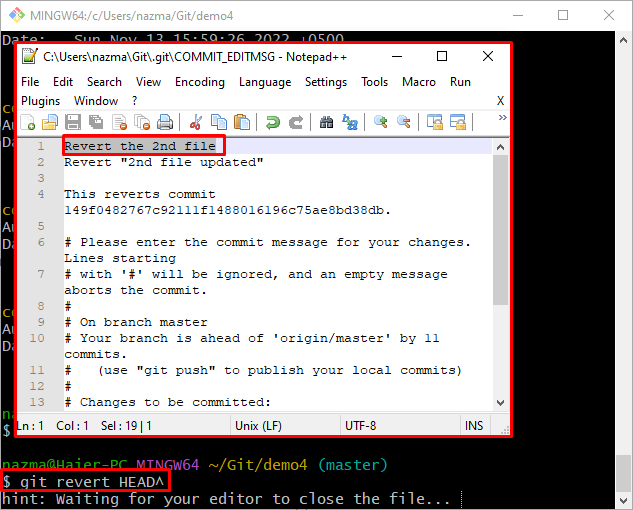 As you can see, the “HEAD^” pointer is moved to the most previous commit:

According to the below-provided output, the HEAD points to the previous commit as a recent commit: 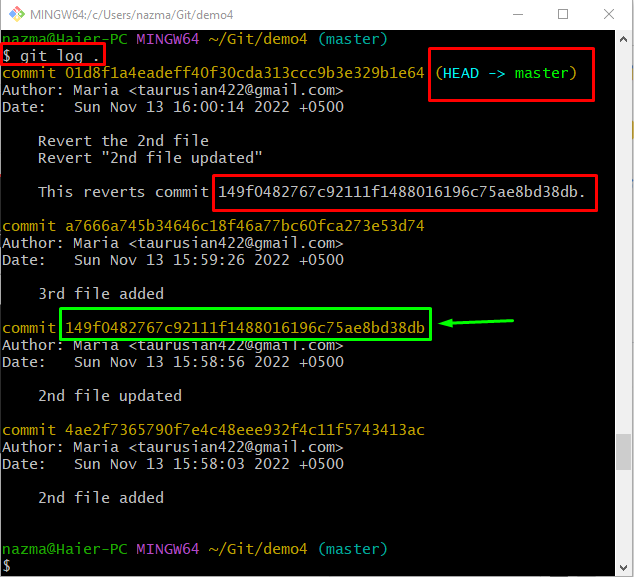 Now, move ahead and understand the procedure to un-revert the Git commit.

How to “un-revert” a Reverted Git Commit?

To un-revert the reverted Git commit, the “$ git reset –hard HEAD^” command can be utilized. To utilize the corresponding command for a specified purpose, follow the below-listed steps.

As you can see, the HEAD is moved to the previously reverted Git commit: 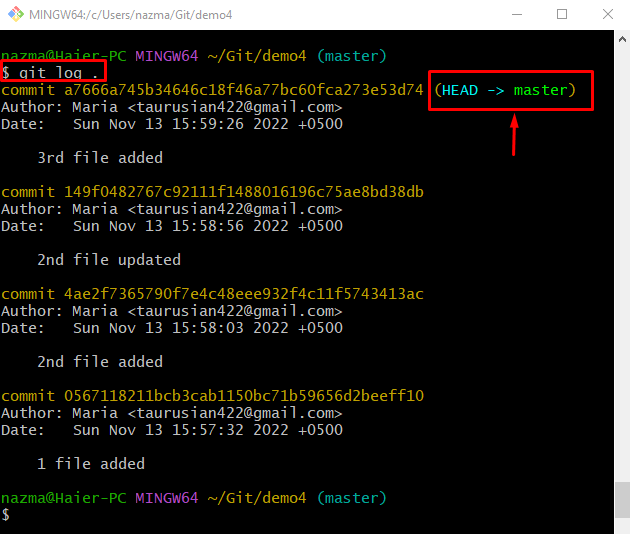 To un-revert a reverted Git commit, first, move to the particular Git repository. Then, view the list of the current local repository, execute the “$ git reset –hard HEAD^” command and verify the un-reverted Git reverted commit. This post illustrated the procedure to “un-revert” the reverted Git command.