It is important to keep track of server performance while working on the Ubuntu Linux environment as a system administrator. One method to measure the server performance is to check the usage of CPU in your system. This will give you a complete system performance insight related to the hardware resources that are used by different running services. All administration related tasks can be easily performed through the Linux command line, as compared to the graphical user interface.

This article will explore a few tricks that are useful to check CPU usage for Linux systems on Ubuntu 20.04. If you are the administrator of the server or working on a personal desktop, it is easy to monitor the system’s CPU usage on Ubuntu 20.04 using the command line.

This article will discuss commands that are useful to monitor your system’s CPU usage in Ubuntu 20.04. First, open the terminal application using the shortcut Ctrl + Alt + T.

The following output will generate on your terminal, giving live insights into the services running on the system, the total number of resources being used, and a summary of CPU usage in your system. 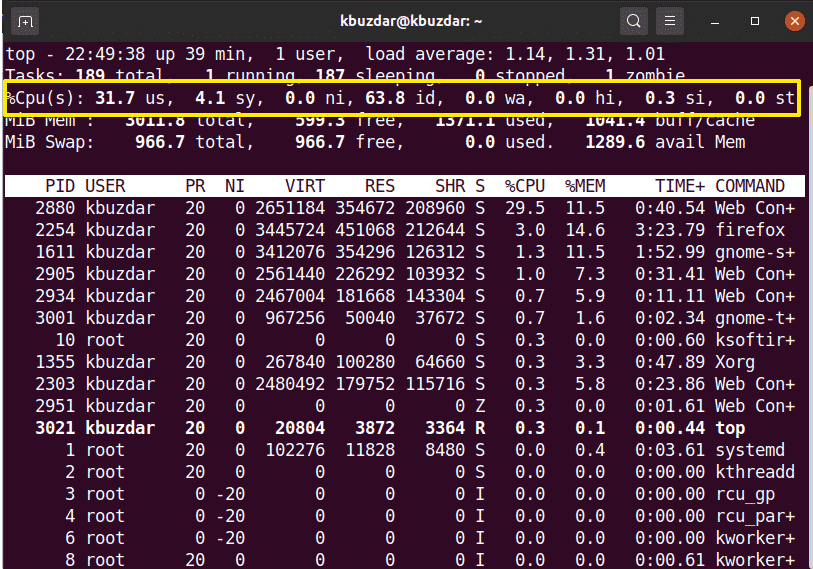 Next, install the htop on your system using the apt repository: 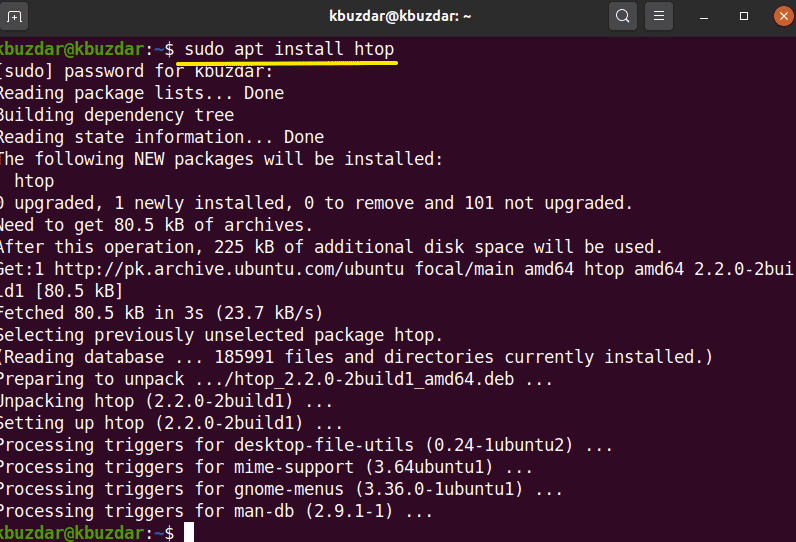 Once you have installed the htop utility on Ubuntu 20.04, you may view a detailed summary of the CPU usage on your system using the following command in the terminal application: 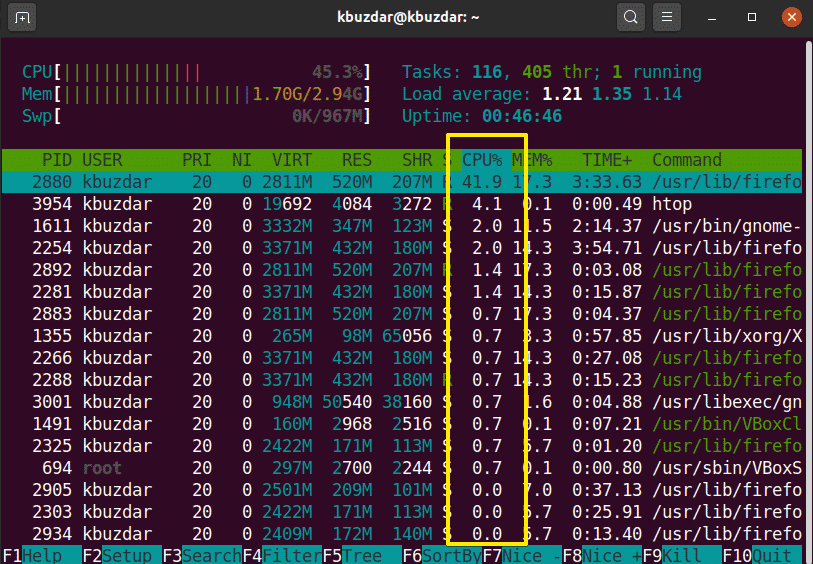 There are additional methods available to monitor CPU usage on your system. To use these methods, install the ‘sysstat’ package on your Linux system. To install this package, run the following command in the terminal: 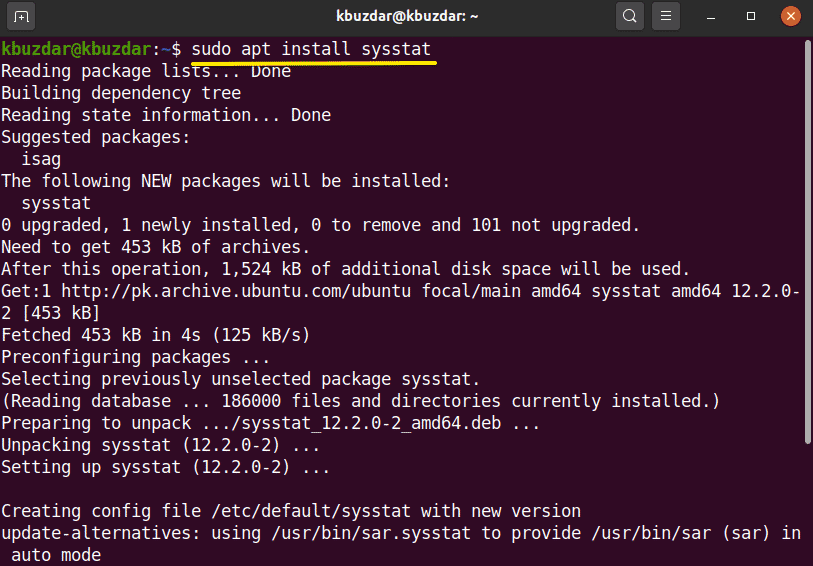 In a sysstat package, one more command is included. This command is known as the ‘sar’ command, in which you can define a number that gives the information in seconds of CPU usage.

For example, if you want to monitor CPU usage after every 4 seconds, enter the following command:

Using the sar command, you can also stop the command after a specified number of iterations.

For example, in the following image, the sar command will monitor CPU usage every 3 seconds for 4 iterations.

You can also check CPU usage sing the vmstat command. Run this command on the terminal, as follows:

If you would like to monitor your system’s CPU usage using the GUI desktop environment, you may use the default gnome tool. To open the gnome tool, you need to execute the following command on the terminal. You may also open this tool from your system’s applications.

The gnome window will appear on the system. In this window, you can check running processes and their CPU usage. Select a process and click on the setting icon. Here, you can see the details about the selected task: 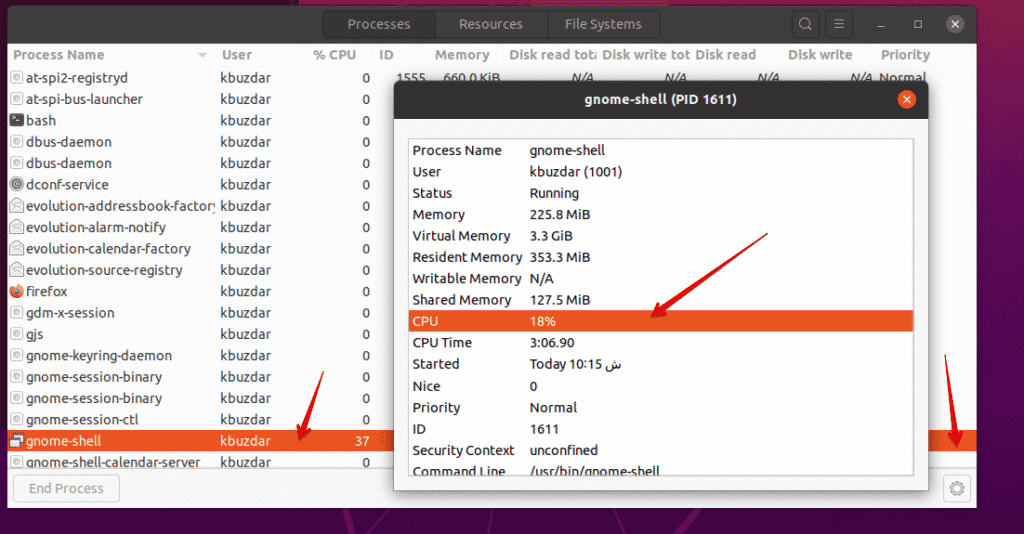