LDAP is a pretty intuitive authentication tool. However, this does not mean that the protocol is devoid of problems. There are problems that any user will experience from time to time when interacting with LDAP.

Of course, these issues can be a nightmare, mainly if you are new to this tool. Do not fret because there are always solutions to each Linux LDAP problem you may face.

1. Confirm that your machines have a functional, correctly installed Linux LDAP running. Use the following command to install the LDAP if you do not have one. The utility applies if you are using Ubuntu:

3. Monitor your LDAP server’s status to ensure everything is running fine. While at this, there are various components that you need to check and confirm. The state of your LDAP client-server relies on multiple items. We will explain some commands that can help you ascertain the condition of your client status:

Verify that the ldap_cachemgr Is Functioning Well – The ldap_cachemgr must be functioning correctly to get the desired output. The two ways to verify its status is to utilize the ps command alongside the ef option as in the following illustration:

Alternatively, you can pass the –g option over the ldap_cachemgr to check the client’s status information and diagnose any possible problems. 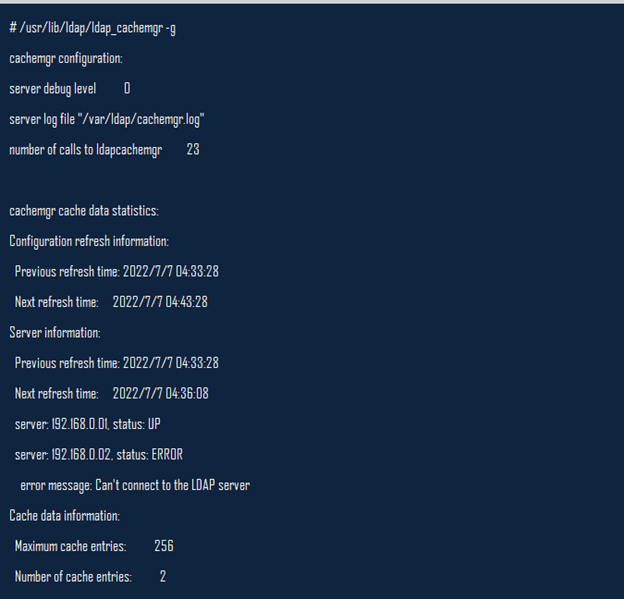 Confirm the Existing Profile Information – You can assume a superuser status and check the profile information as shown in the following illustration: 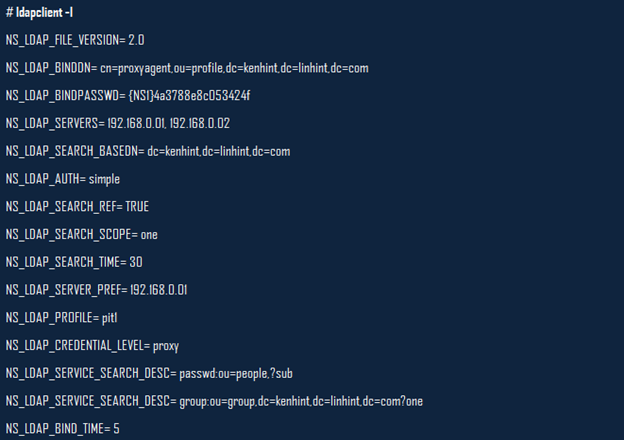 Check the Client Data from Any Non-Client Machine – You can use the ldapseach command to check the server data. This command is only useable if you have yet to create a client and wants to check the data on the server.

Let us discuss the common Linux LDAP configuration problems alongside their solutions!

Failed Logins
LDAP clients often use the Pluggable Authentication Modules for user authentications during the login procedures. When you use the regular PAM version, the server reads the password before the client side counter checks it. This login procedure can sometimes fail under the following conditions:

You can check the server status using the following command:

Testing the Connection in Linux LDAP

You can test the connection with the following command:

You can use the ldapsearch command to create a search utility based on the LDAP filters and retrieve the data from the LDAP servers. In case the search output brings back one or more entries, the search is considered correct. However, the lack of an entry in the search result means that the LDAP filter is incorrect.

The examples are the common problems that you may encounter during your interaction with the LDAP protocol. From the provided solutions, I hope you can quickly solve them should you face any of those problems.