Mysql has a variety of built-in functions for different purposes, one of them is the function of the substring. The function of substring deals with the “string” data type and it is used in database management to extract the string from the tables. Now what the string is? The string is the collective combination of the characters. For example, “Hello LinuxHint” and “KHG1234” are strings.

In this article, we will understand what is the substring function and how it can be used in MySQL in managing the data in the databases.

What is MySQL substring

MySQL has a variety of functions that perform different tasks, similarly, Substring is a function that is used in MySQL to return or to extract the string from strings in any table. The general syntax is as:

$ SUBSTRING(string FROM start FOR length)

If we explain the parameters used in these general syntaxes then they will be as; string is the collection of the characters, start means the starting point from where it is supposed to extract the string and length is the number of characters that are to be extracted. To understand the function of the substring, we take an example of the table and use the following commands to extract strings from it. We will open the terminal, and type “mysql” to enter the MySQL environment. 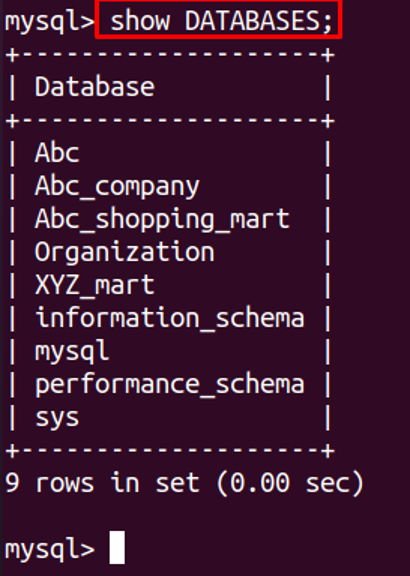 Now, I will show the tables present in this database as. 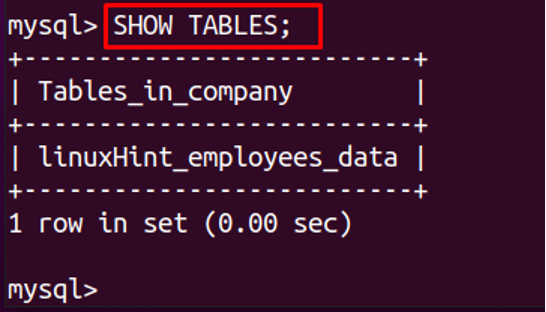 In the output, we can see the database, company, contains only one table which is named “linuxHint_employees_data”. Now we will access this table to display its contents:

Now we can display the contents of the table:

We say that we want to extract the string “John”, from the table using the substring function then we will use the code according to the syntax we discussed above and we will use “AS ExtractString ” so it returns the value in the form of string from the table.

Also, we run the following command to extract the string.

Now let us run another command to extract “wa” from the string “Steward” using the starting point from the end of the string so for it we will use the -ve sign and the command will be.

Substring is a function of MySQL which is used to extract either the whole string or a few characters of the string. In this write-up, we tried to explain to you what a substring function is and for which purpose it is used. We also discussed two general syntaxes and then explained the use of both these syntaxes in detail with the help of examples. Hope this write-up will help you not in understanding the function substring but how it can be used.