The strcat function is widely used and is one of the standard libraries of the most widely used programming languages in the world. Its inputs, outputs, and execution mode are the same for all of them.

This tutorial contains practical examples that show how you can use this function with different types of inputs and outputs. It also explains some of the most common errors and their corresponding error messages, and how you can fix them to make programming easier.

In the following example, we will see the simplest way to concatenate two strings with the strcat() function. 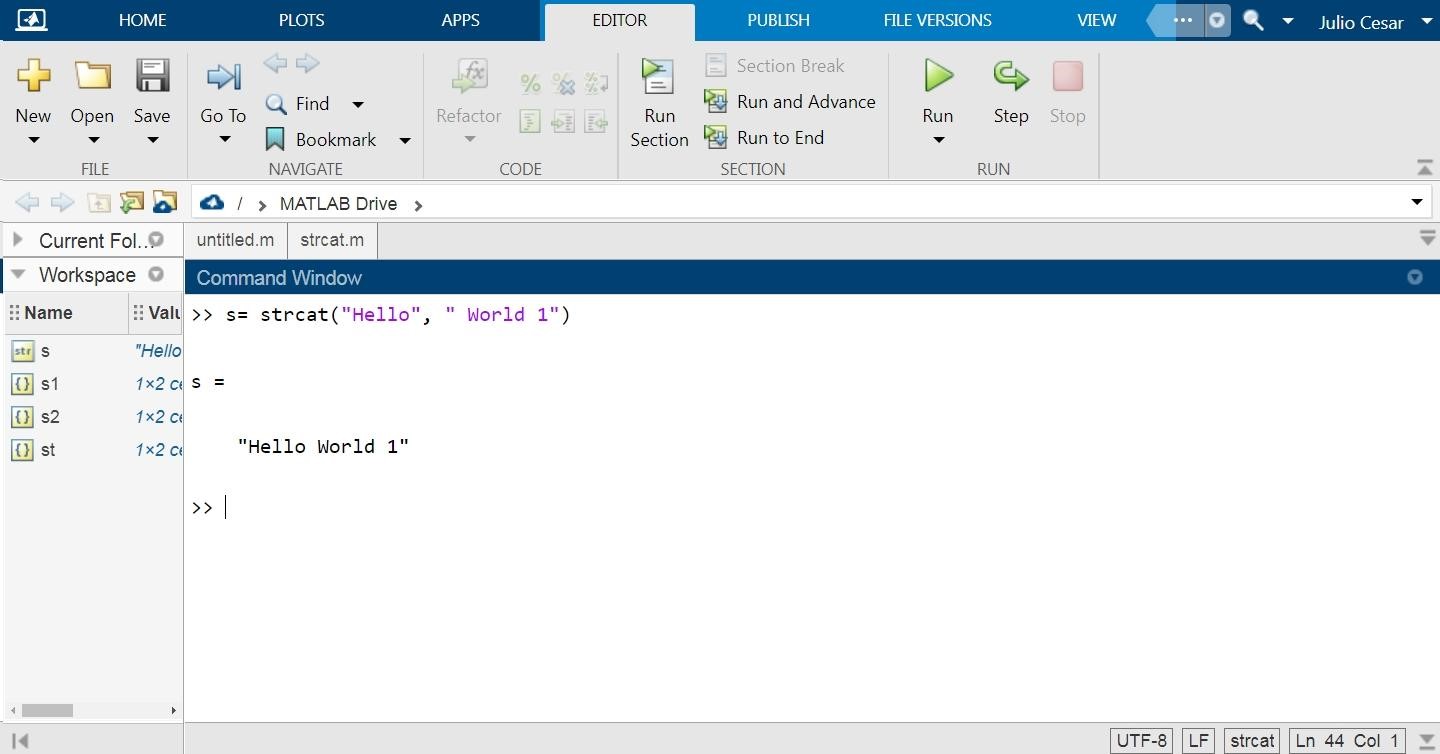 Which is the same as: 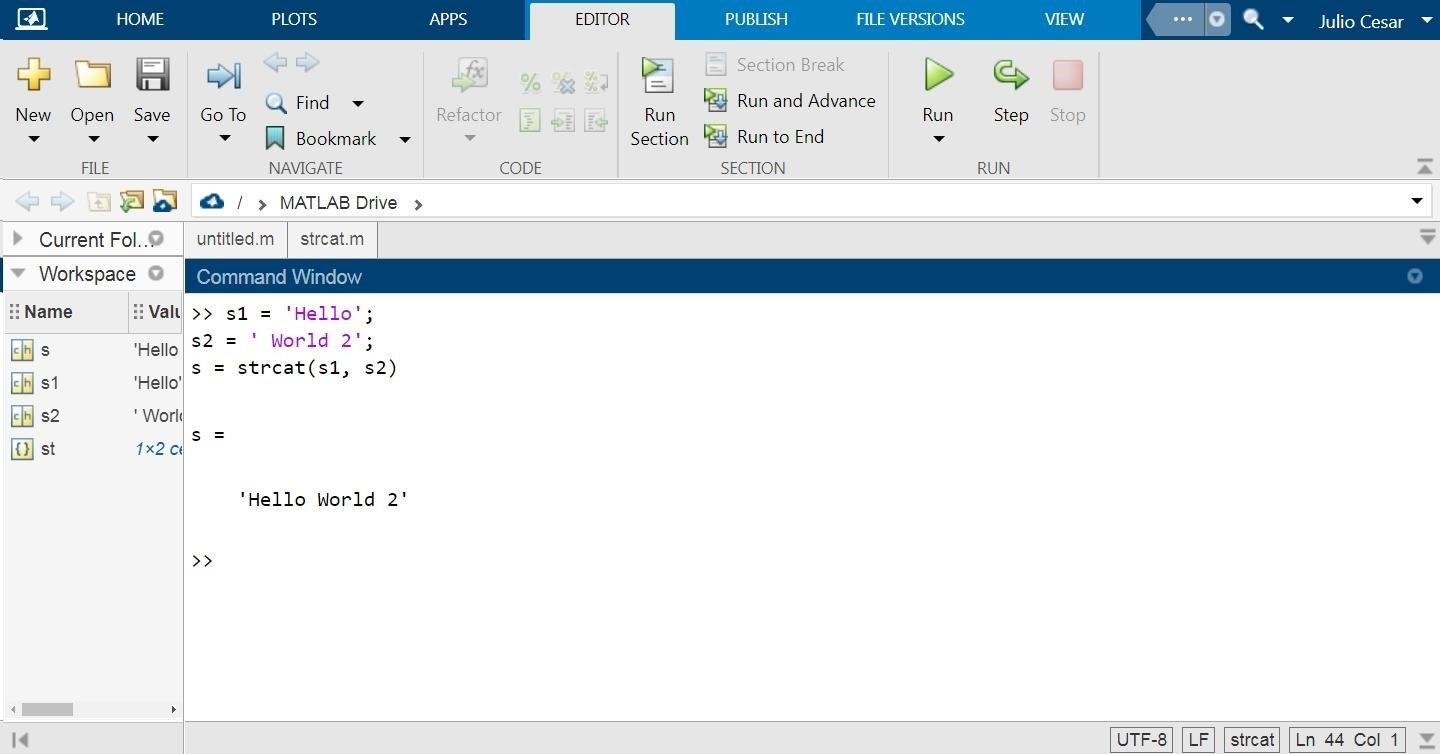 Now, let us see how you can concatenate two vector cell arrays using the strcat() function. To do this, we will create the arrays s1 and s2 with the different days of the week.

As a result, the strcat() function returns in “st” the concatenation as follows: 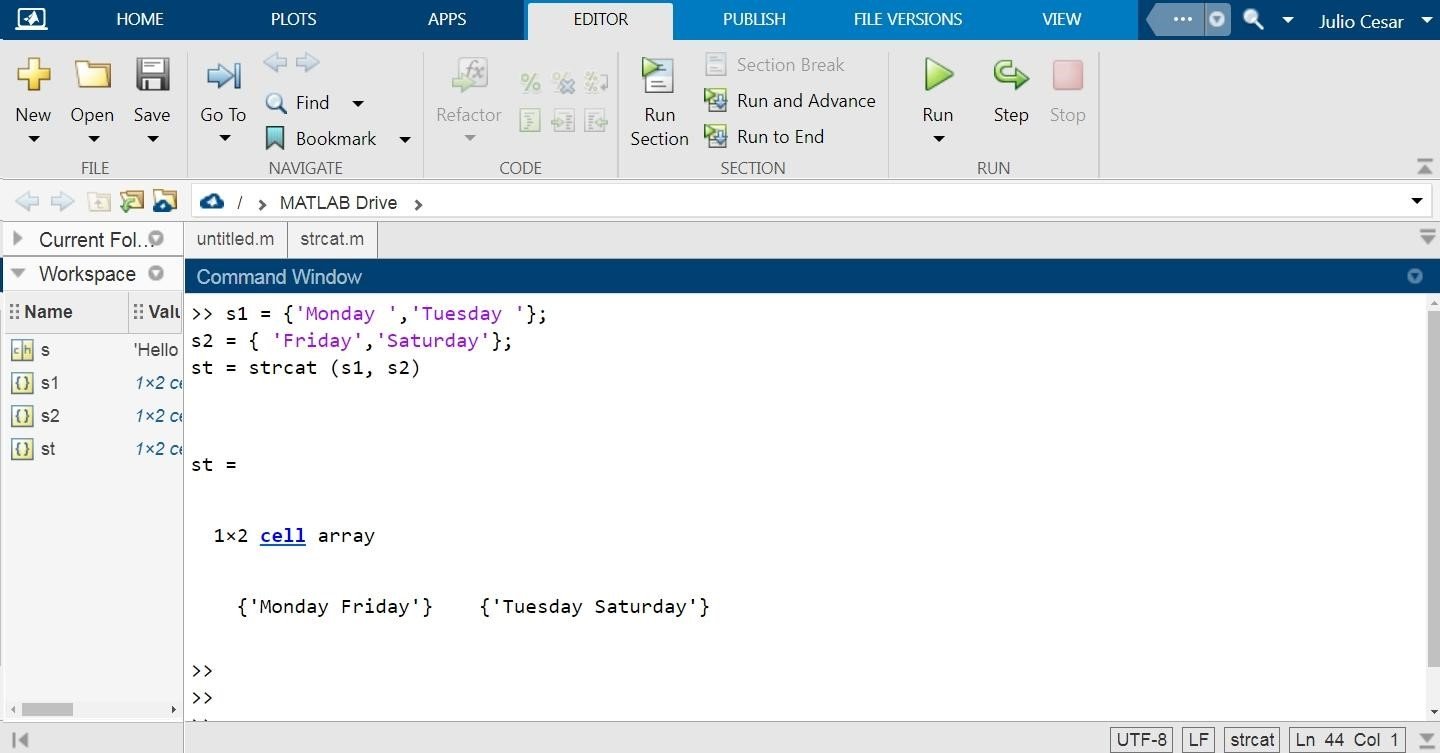 This example shows the concatenation sequence on vector cell arrays with the strcat() function. 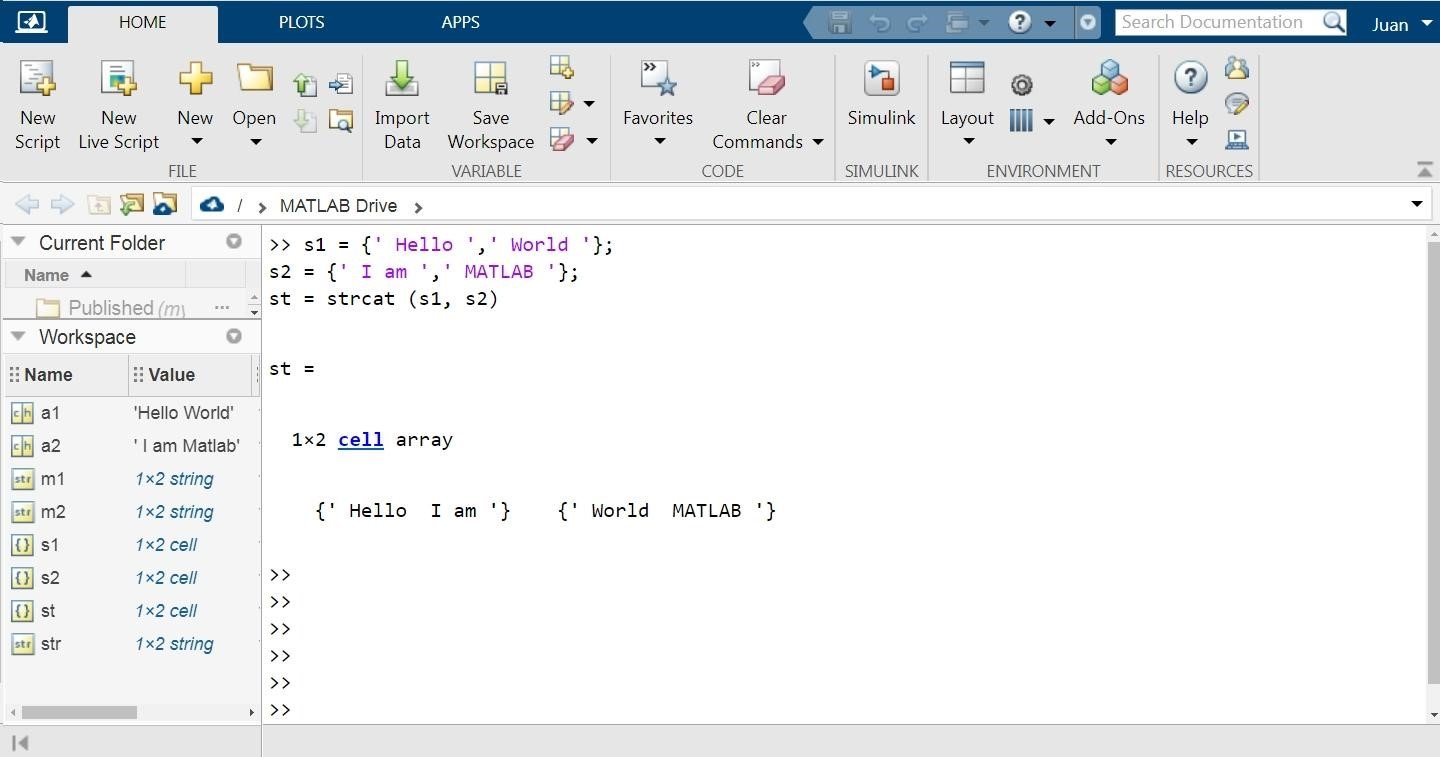 In this case, the cell arrays of the character vectors must have the same size to be sent as input arguments in the strcat() function, otherwise the following error message is returned:

“Error using cell/strcat (line n) All nonscalar inputs must be the same size.”

Let us look at this with an example where the cell arrays of the character vectors are of different sizes. 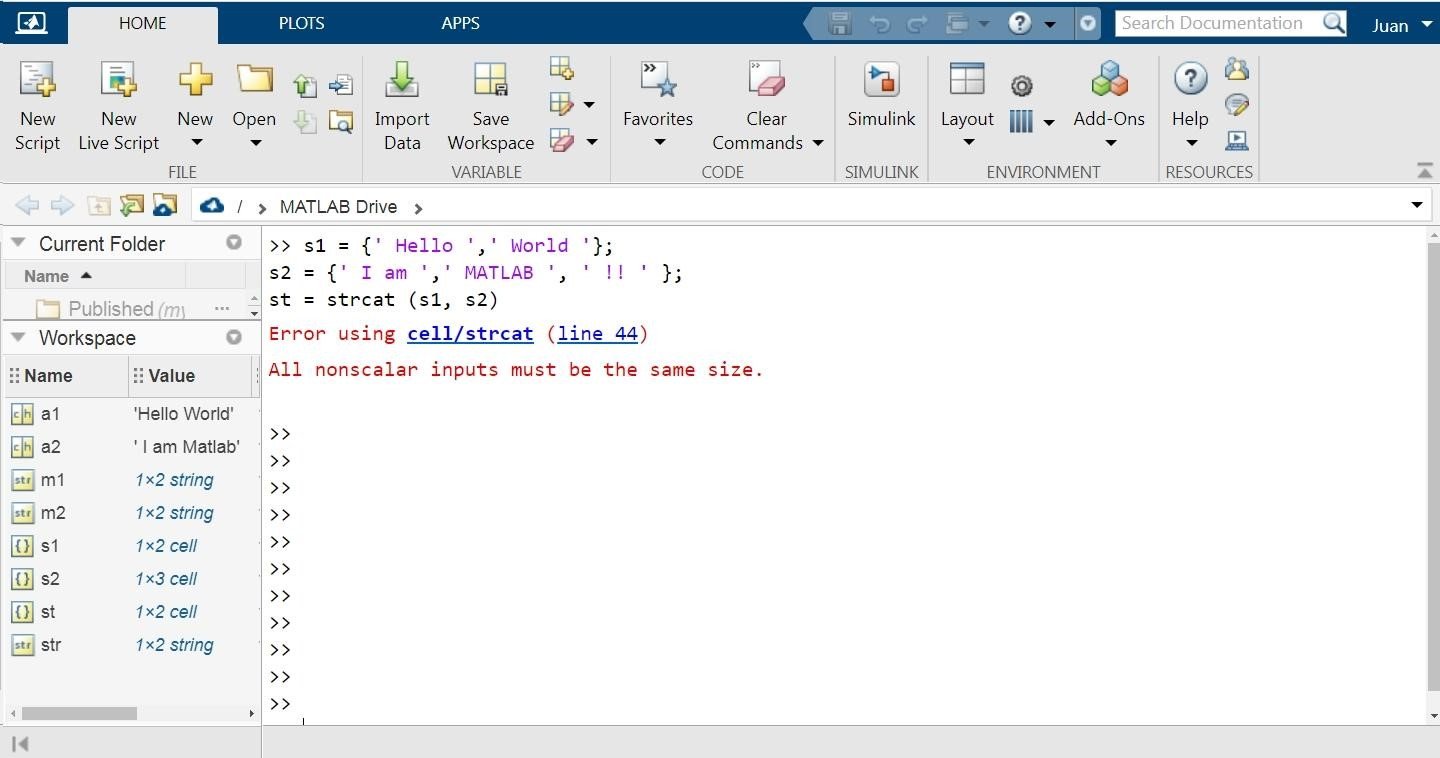 How to Concatenate String Matrix with MATLAB’s strcat() Function

The following example shows how to use the strcat() function to concatenate two string arrays. For this purpose, we create the matrices “m1” and “m2” from 2×2 strings.

As a result of the concatenation of the two matrix strcat() returns: 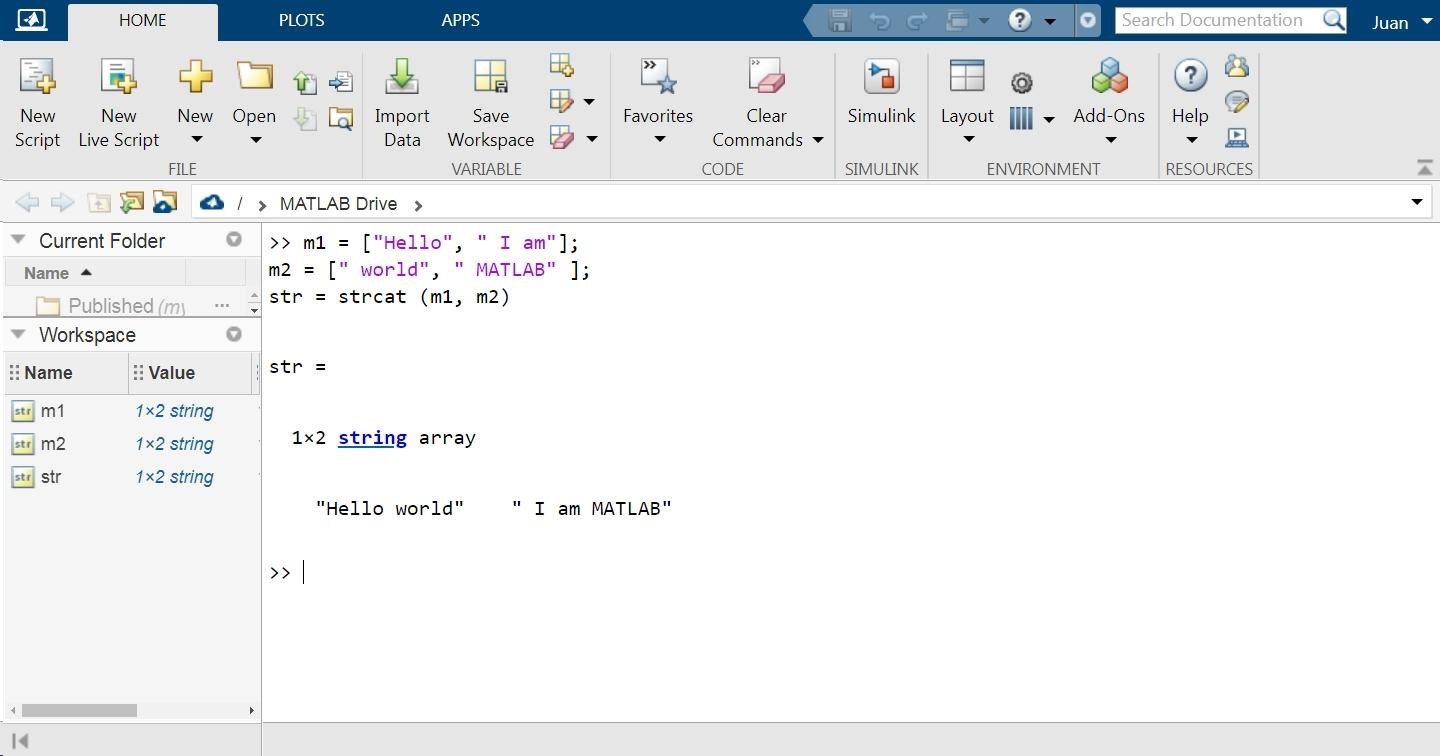 Now, we will see how to concatenate arrays of strings. To do this, we create the arrays “a1” and “a2” with strings and concatenate them with the strcat() function. The result in “st” will be the horizontal concatenation of these two strings.

The result in “st” will be the horizontal concatenation of these two strings. 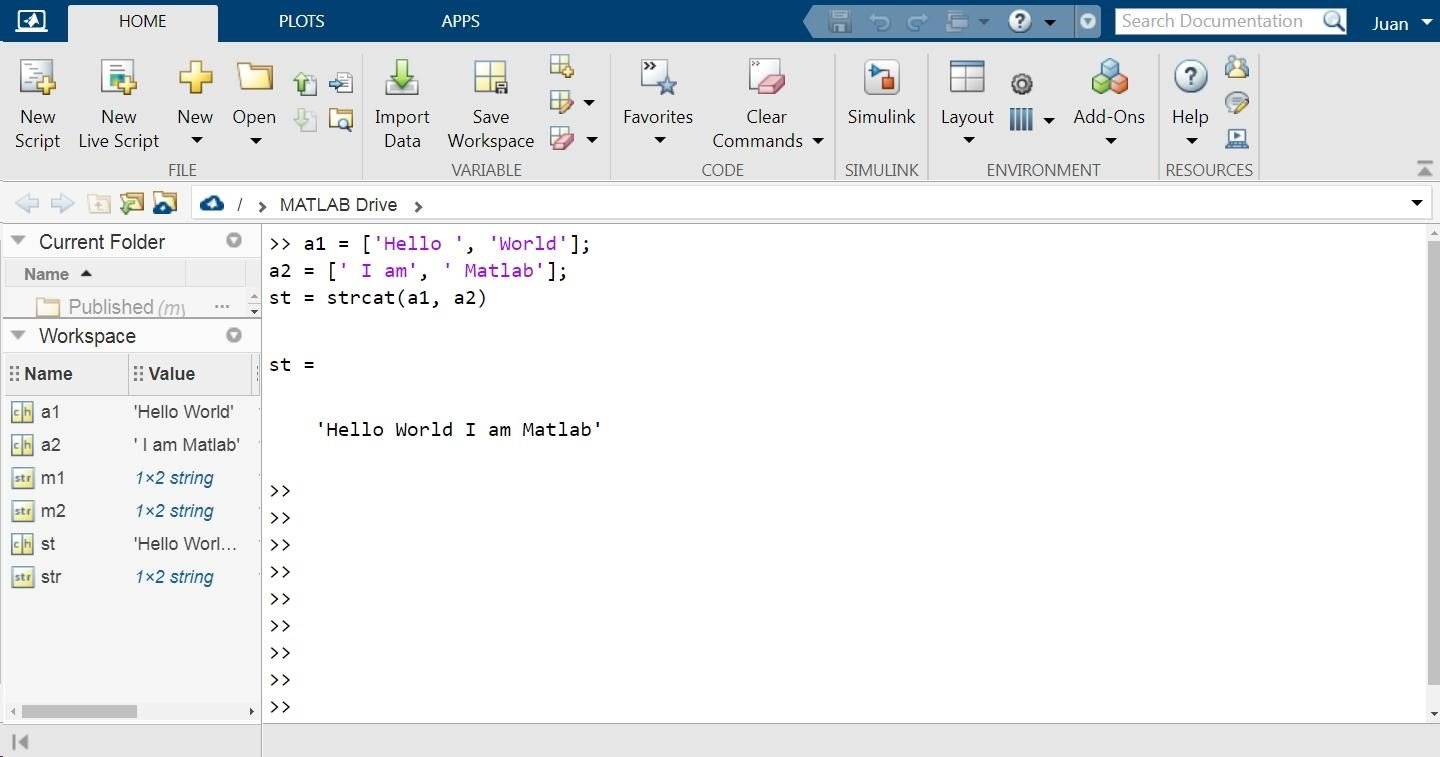 How to Concatenate Strings or Character Vectors with the “+” Operator

In this case, the operation will result in the concatenation of “s1” and “s2” as seen below. 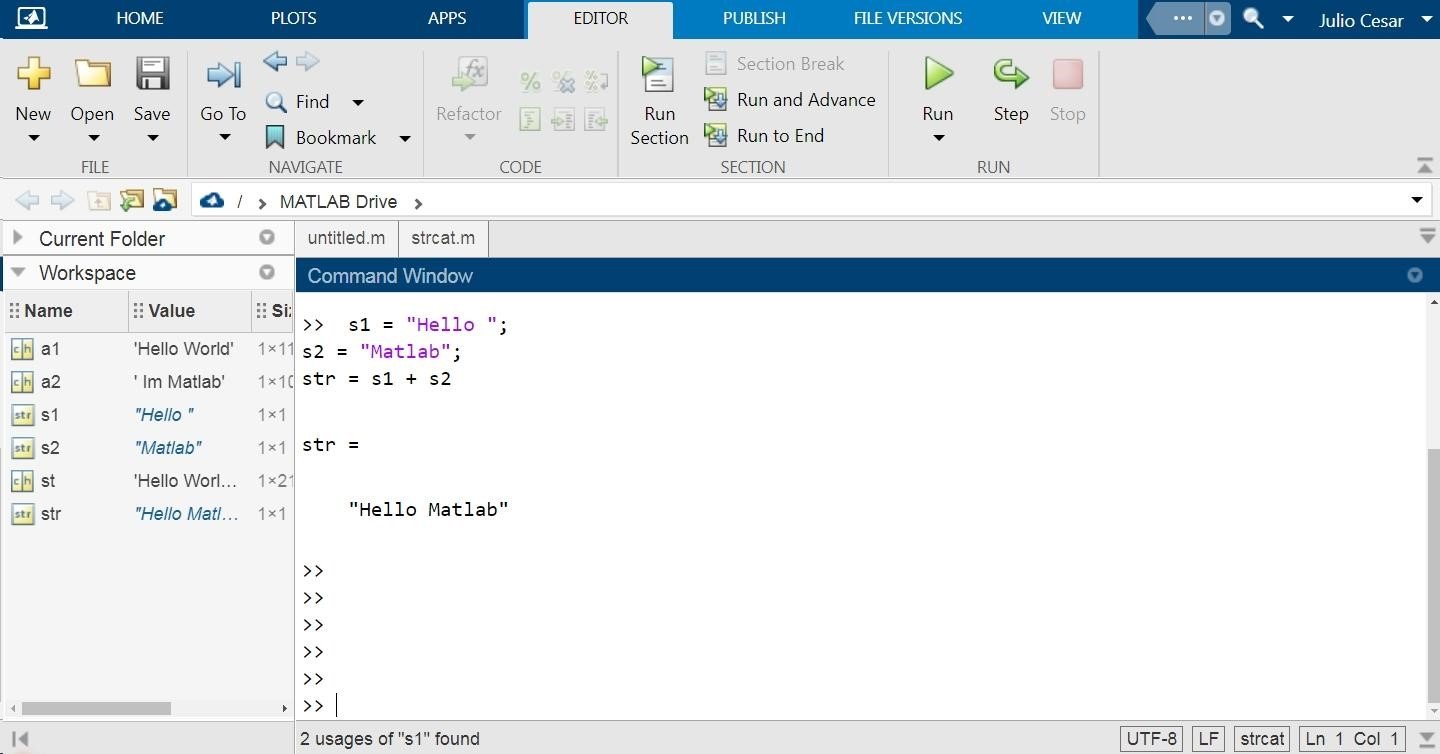 In this article, we have explained how to use one of MATLAB basic string concatenation functions with the strcat() function. To make programming easier for you, I have included some practical examples and images that show how to use these functions and the most common errors with their respective messages and solutions. In addition, the options that MATLAB provides for string concatenation with operators are briefly explained. The argument types supported by this function and the accepted data type have also been explained in more detail. We hope you have found this MATLAB article useful. Check out other Linux Hint articles for more tips and information.