It is the opposite of the lag() function, which allows you to access previous rows.

The function syntax is as shown:

The following are the supported arguments:

Suppose we have a table containing employee information as shown:

To access the next employee name, we can run a query as shown:

SELECT id, full_name, lead(full_name) OVER(
partition BY category
ORDER BY id ASC
) AS next_employee
FROM employees;

The code above will partition the data based on the category. It will then fetch the next name in the partition using the lead function.

The resulting output is as shown: 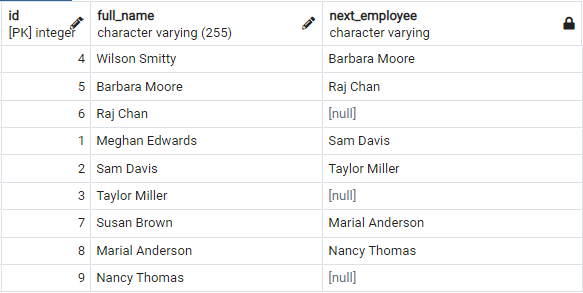 If there is no next row in a specific column (out of bound), the function will set the value to NULL, as shown above.

To set a default value for any out-of-scope access, we can do the following:

We set the default value to ‘N/A’. This should replace any out-of-bound value as shown in the output: 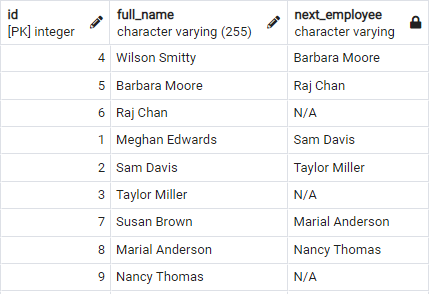 NOTE: Setting the offset to 1 is similar to not specifying any value.

Suppose you want to access the next two rows from the current row? We can do that by setting the offset value to 2.

An example query is illustrated below:

This query will return the next two rows in each partition as shown below: 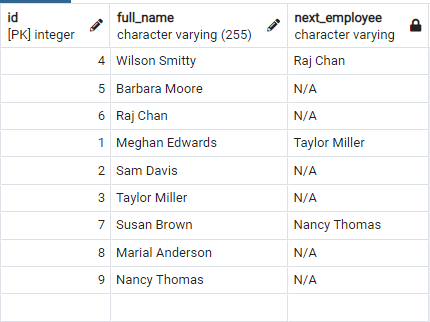