The split-screen feature is quite handy, especially for multitasking. With the help of this feature, two windows can be used side by side, which ultimately helps in improving productivity. Read this guide to learn how to split the screen on Windows laptop.

Well, there are multiple reasons for using split screens, one of which is multitasking. Switching between windows can be a bit time taking, and you have to remember where you were before switching. So, it’s better to use a split screen to perform multitasking easily. You don’t need to switch between the windows using your mouse, all the screen in split mode will be in front of you.

You can split the screen in almost every version of Windows. If you have Windows 7 on your laptop, you can still use the split screen feature.

How to Enable Multitasking on Your Windows 10 and 11 Laptop

You can split the screen on a Windows laptop by enabling the multi-tasking option from the settings of your laptop:

Step 1: Press the Windows + I to open the Settings of your device and select the System:

Step 2: Click on the Multitasking from the left panel and enable the Snap windows option along with enabling all the other options: 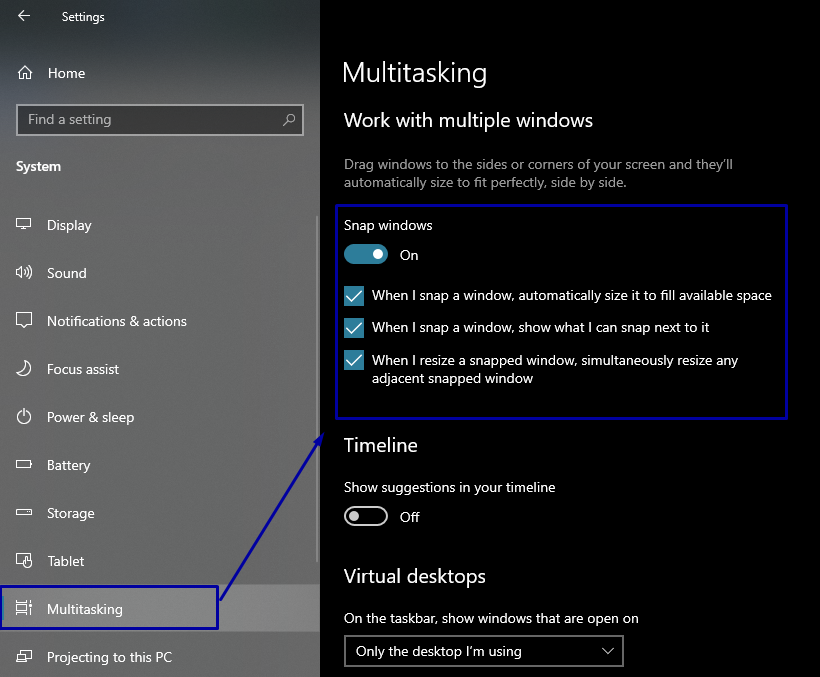 There are multiple ways to use the split screen feature on your laptop; the most common one is using the snap windows tool; you can also use third-party applications to split the screen with more advancements.

It’s the easiest way to split the screen into two, it’s also known as the snap assist in Windows 10. Follow these steps to use snap windows:

Step 1: Open multiple windows or applications on which you want to work simultaneously.

Step 2: Press the left click of your mouse on the top bar space of the opened window and drag it on the right and Un-hold the mouse button to place the screen wherever you want to: 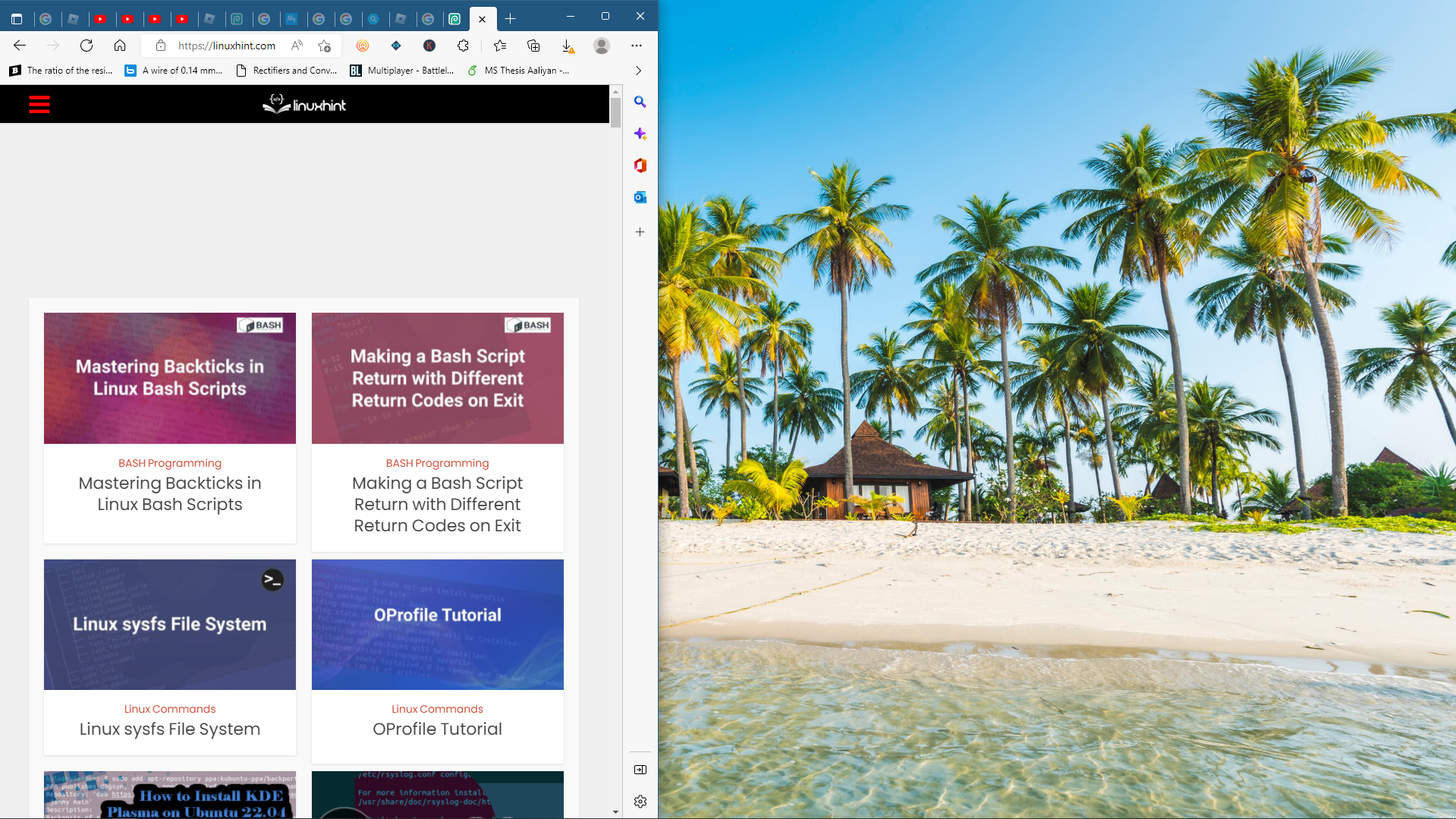 Step 4: Select and drag the other window or application on which you want to work by using the same way as in the previous step: 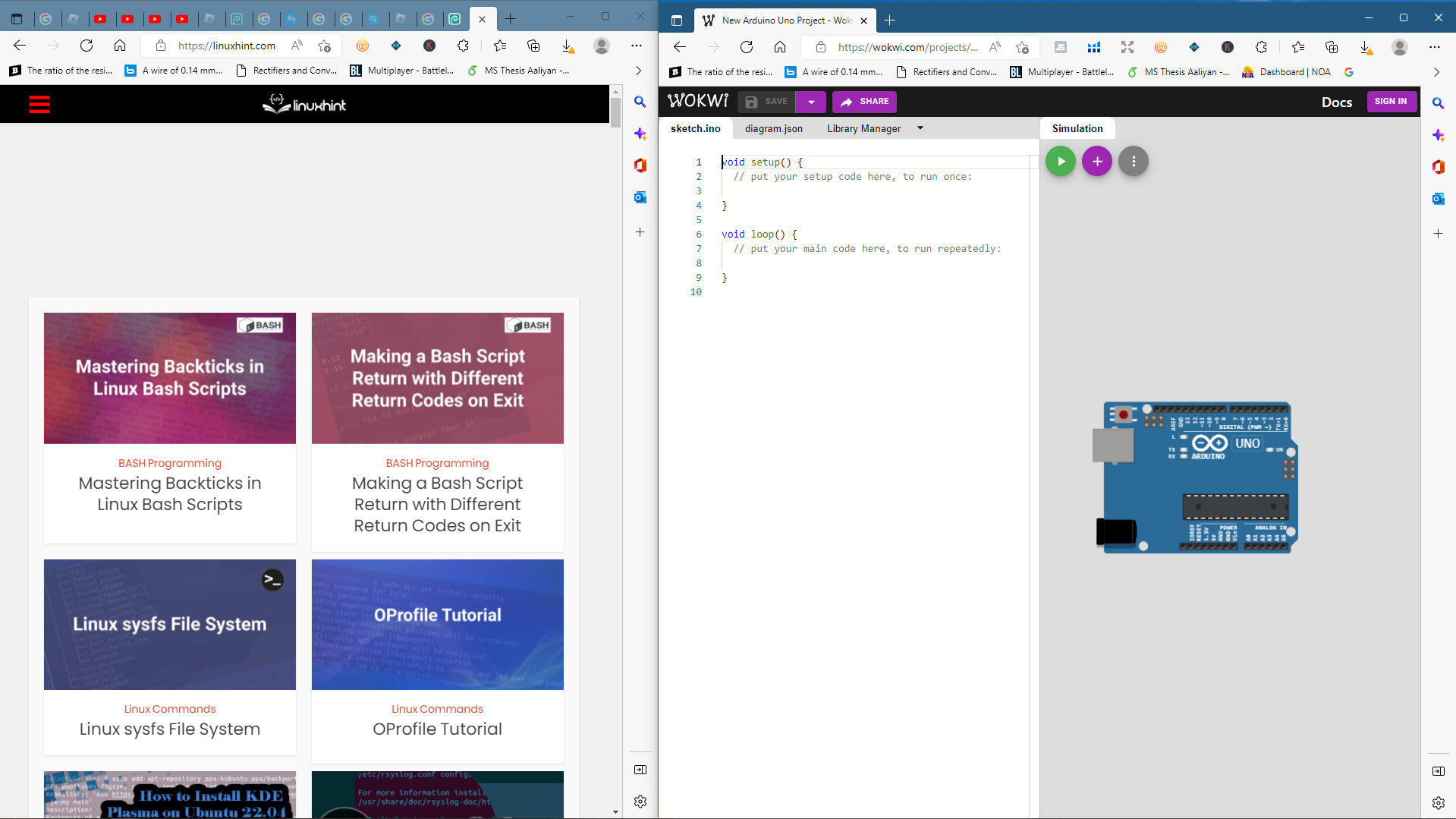 2: Using Stack Windows Side by Side

In Windows 10, you can stack all the opened windows in the background side by side by following these steps:

Step 1: Right-click on the taskbar and choose Show windows side by side: 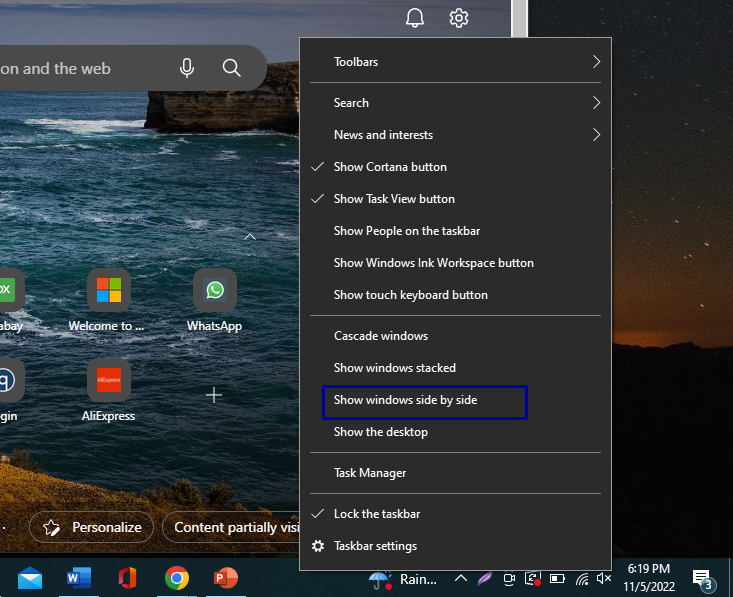 Step 2: The windows will be resized accurately to fit on the screen: 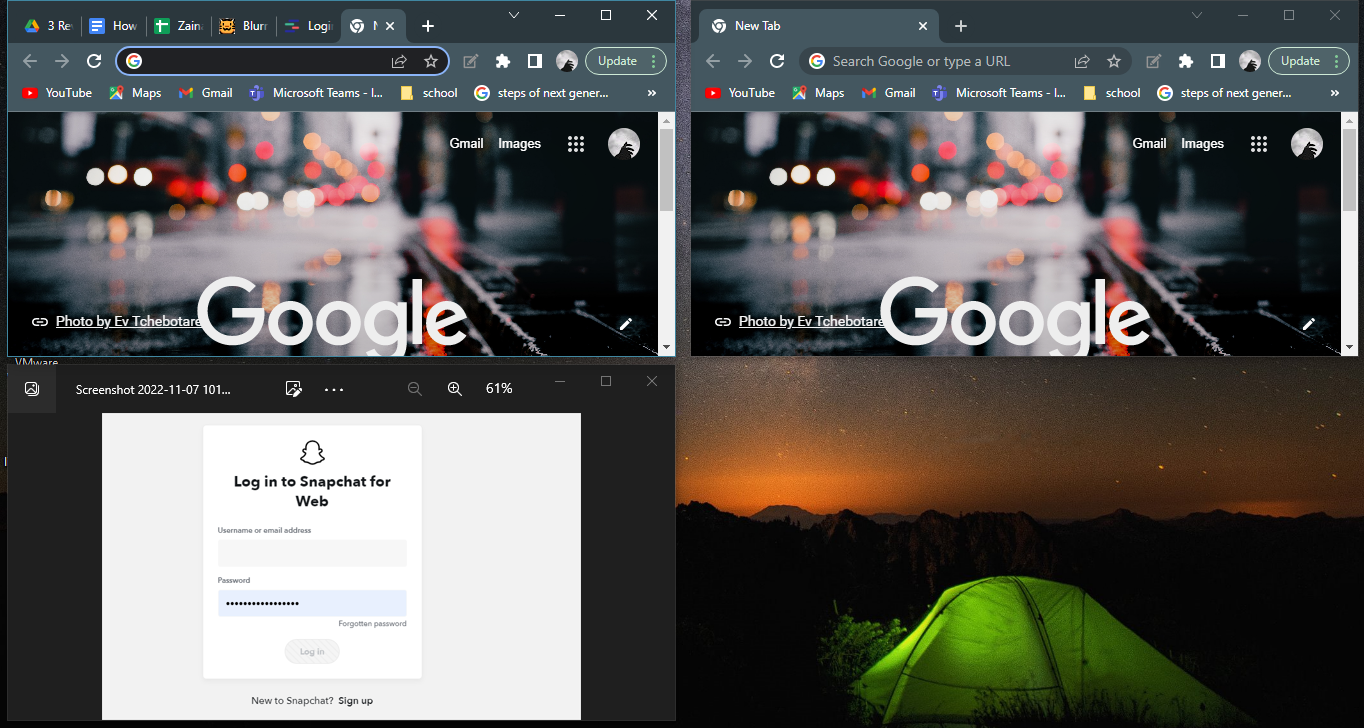 Release the Window key to open the multiple Windows of your choice at a time. 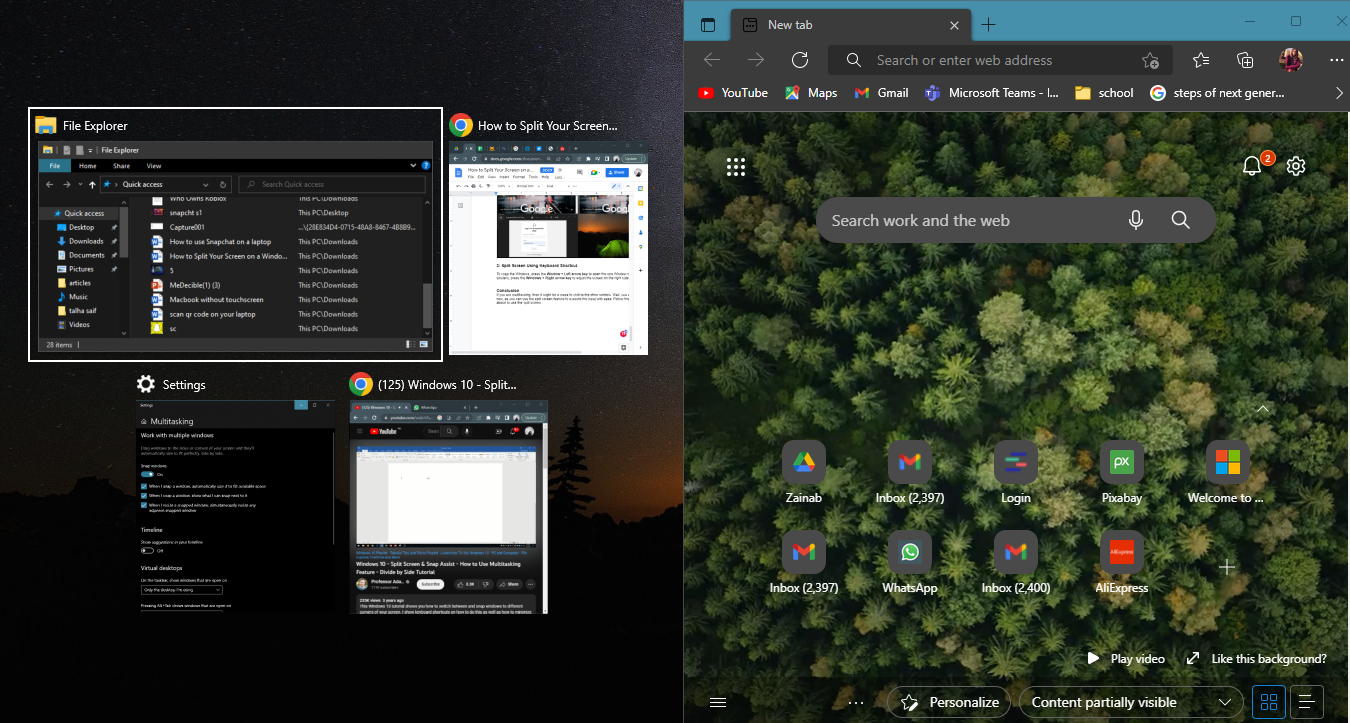 I'm an author by profession. My interest in the internet world motivates me to write for Linux Hint and I'm here to share my knowledge with others.