The pin configuration of a single shift register (74HC595) is given below in the table: 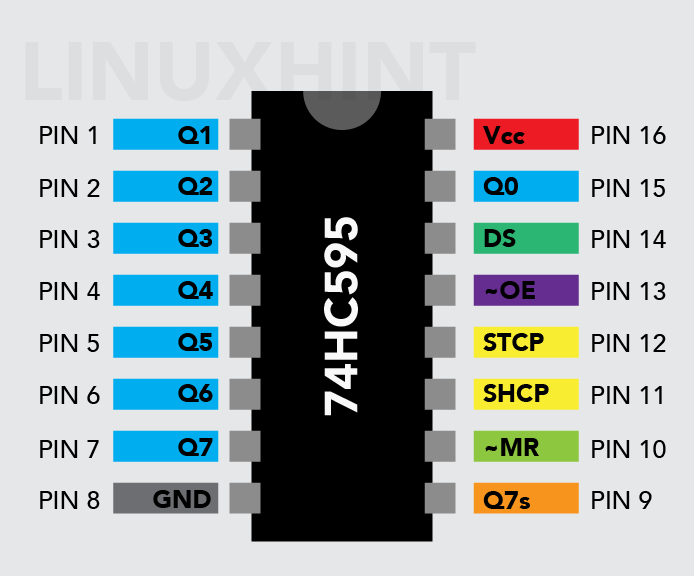 We have designed the circuit using the above listed components and its schematic is given below: 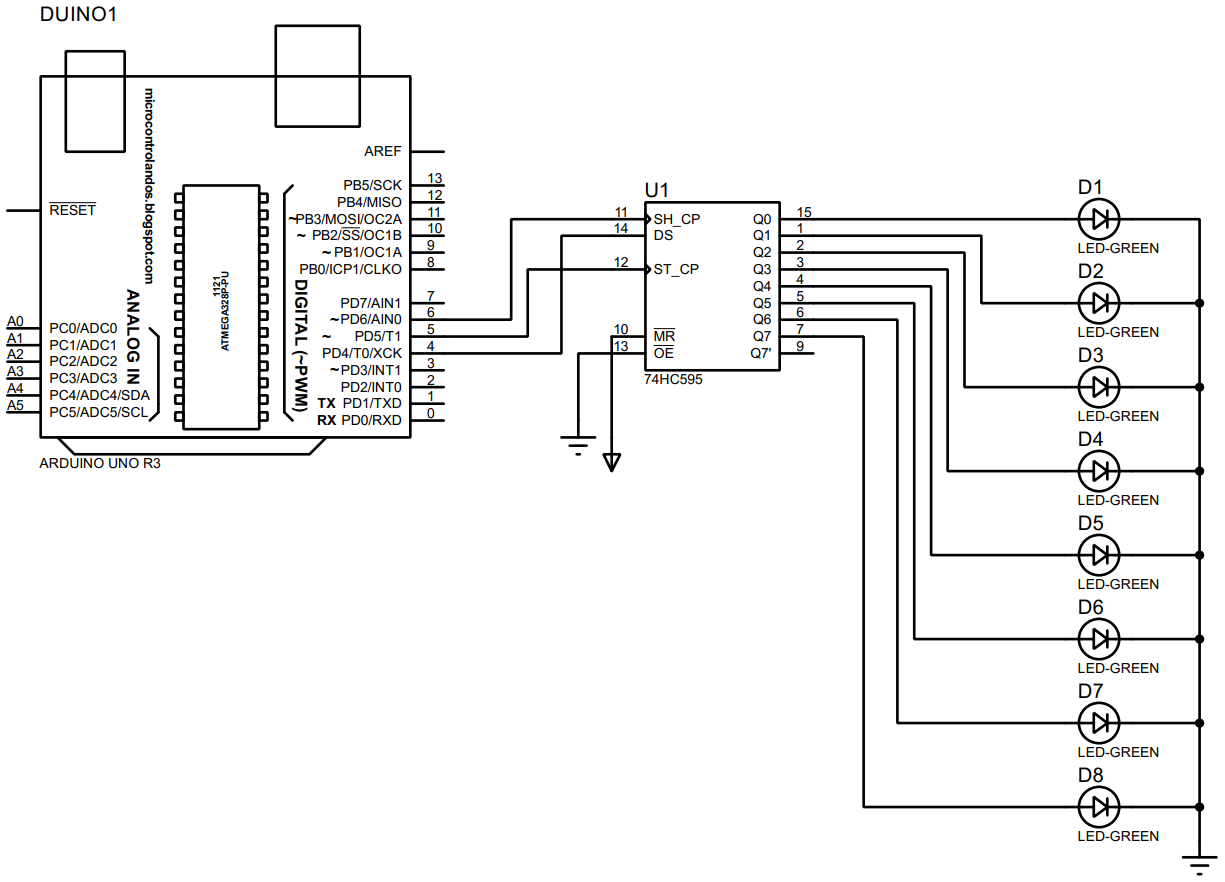 To see how the circuit will look like on the breadboard we have first made the hardware assembly as in the image below:

For your understanding we have explained the connections of the components used in the circuits:

To use shift register with Arduino we have to configure it by programming the microcontroller so below we have provided the code:

We have implemented the circuit designed for interfacing the 74HC595 shift register with Arduino Uno according to the hardware assembly that we have described earlier. To demonstrate how we have turn the LEDs in a pattern we have given the animated Gif below:

Shift registers are used mostly when we have to increase the I/O pins of the microcontrollers so that we can interface more devices with it. To demonstrate how we can use the shift register we interface 8 LEDs with the Arduino microcontroller by only using its 3 pins. For further clarification we have given circuit schematic and its implementation of hardware along with the Arduino sketch used to program the controller.