This article will explain how to install the official Android emulator as a standalone application in Linux. The official Android emulator comes with the “Android Studio” application development suite. However, if you are not interested in developing Android apps and just want a working emulator without installing Android Studio, this article should help you. All the steps mentioned in the article are tested on Ubuntu 20.04 LTS version.

Download the latest version of “Android Command Line Tools” from here (scroll down to the command line section).

Go to the “tools/bin” folder, launch a new terminal window and run the following command to update repository details:

Next, run the following command to list available and installed packages:

Install some packages required for the Android emulator to work:

Find Correct System Image to Use

Next you need to make a note of the system image you want to load in the Android emulator. To get a list of downloadable system images, run the command below:

You should get some output similar to this: 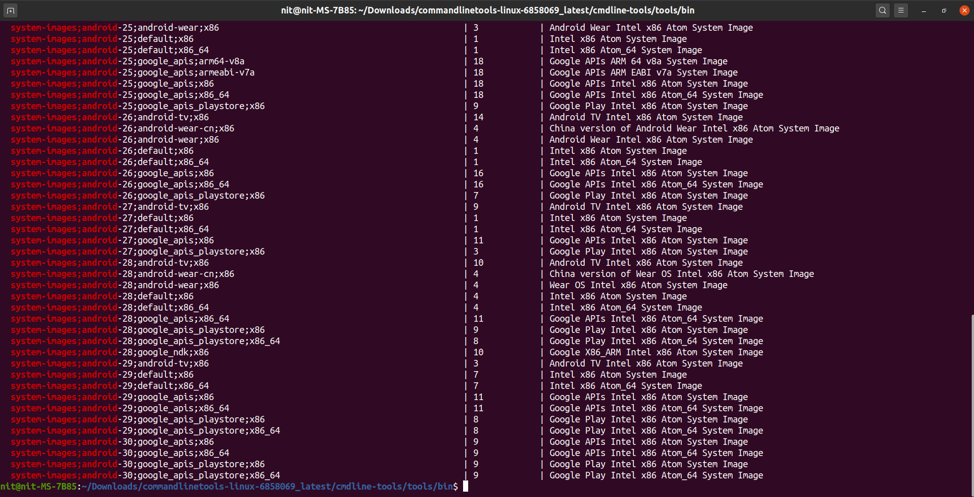 You will see some numbers like “27”, “28” etc. in the name of system images. These numbers denote Android API levels. Find the Android version corresponding to the API levels from here and make a note of the appropriate system image you want to use in the emulator and the API level number.

Next, download the following packages using the same API level number you finalized in the step above:

For instance, if you decided to use “system-images;android-29;default;x86_64” as the system image, the command would change to:

You can always use the “list” switch to find correct command and version numbers:

AVD or “Android Virtual Device” is a set of configuration parameters that defines values for a virtual device that will emulate a real Android hardware device.

Replace “my_avd_30” with any name of your choice. You may be prompted to alter some configuration parameters. Follow on-screen instructions and change the values as per your requirements.

Confirm that the AVD has been successfully created using the command below:

You should get some output similar to this:

Note the path of AVD in the output above. At the same path, you can find a “config.ini” file that can be used to change configuration parameters of the AVD.

Go to “emulator” folder (up a few directories) and use the following command to launch the emulator:

Replace “my_avd_30” with the name of your own AVD you created in the step above. Your Android emulator should be now up and running: 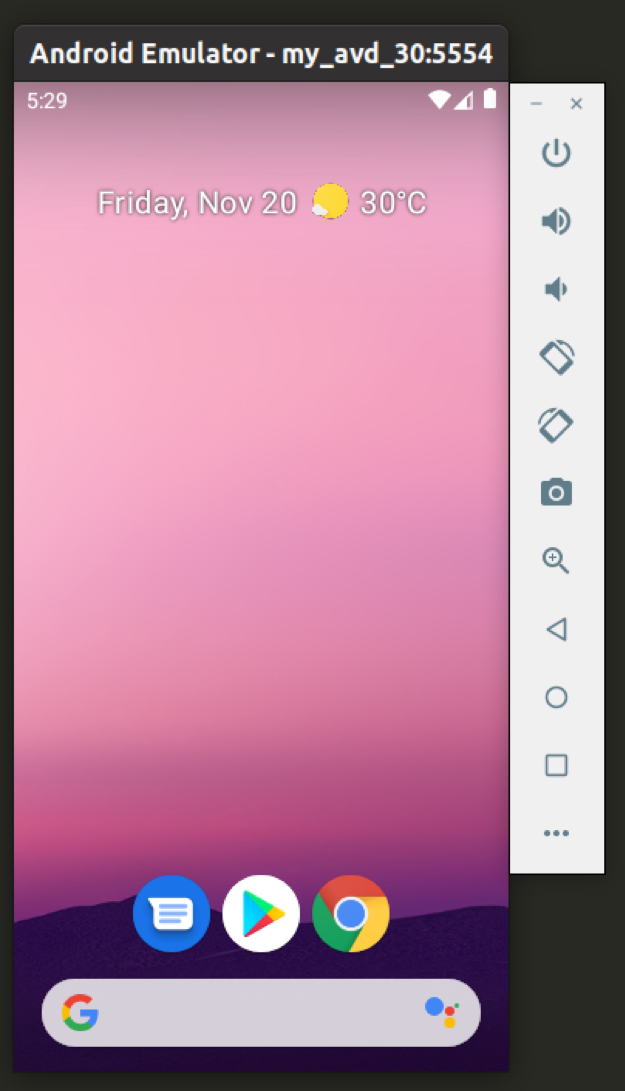 You can create as many as AVDs as you want and each AVD / System Image will be treated separately.