Linux users pull out all the stops to make sure that their apps are free of bugs before anyone can access them. However, it is difficult to develop a code that is error-free especially if it contains hundreds or thousands of lines. For troubleshooting, we can use debugging which is a continuous process that aids in the detection of problems and collecting important information from the code. But this is a time-consuming task that can become much more difficult if you don’t know how to debug your code.

There is a set -x command that you can use in bash scripting to aid you in troubleshooting and this article offers a comprehensive approach to help make your code error-free.

How to use Set -x Command in Linux

While debugging, when things don’t go as planned, you’ll need to figure out why the script isn’t working. So, the most popular method is to launch the subshell with the -x option, which forces the script to execute in debug mode. Now before learning about the set -x command we are going to execute a normal bash script first and then see the difference between them.

Create a bash script by using the text editor of your choice:

As you can see, we have created a bash file with the name of ‘testbash.sh’ using a nano text editor. After that you need to follow the general bash script syntax as shown below:

Now after writing a code, you need to save it and then execute it by typing:

As you can see, this is a straightforward code and it does not explain anything about the output so in this case, it would be difficult for a user to troubleshoot any issue.

Let’s look at the “set -x” and try to figure out what it does. The set -x command can also be used to monitor the outcome of a command under process. This helps you to debug more accurately by showing you where your script is and what each command’s result is in real-time. Now we are going to take the same example which was discussed before and type “set -x” inside a bash script to see its result as shown below. 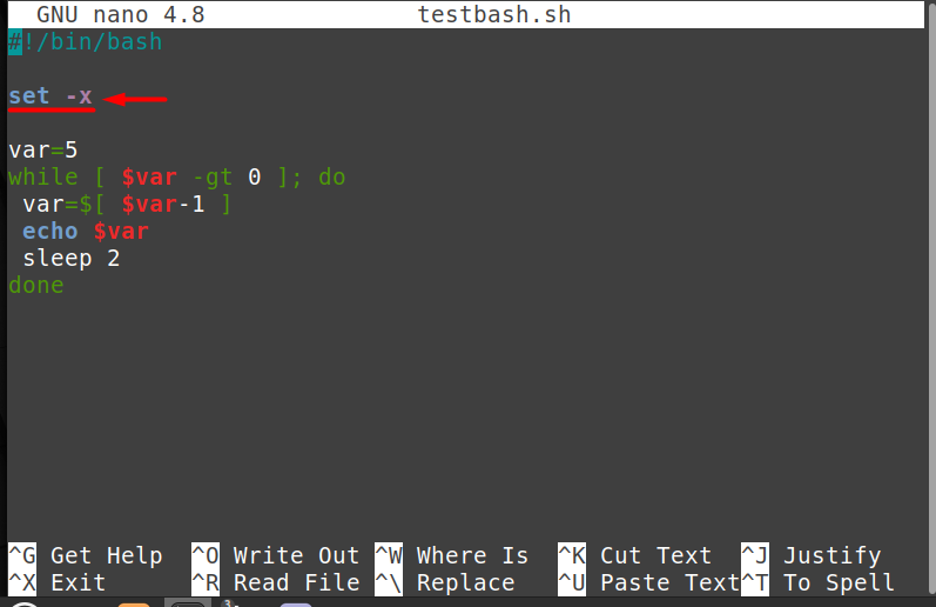 Now let’s view the result of this bash script by typing: 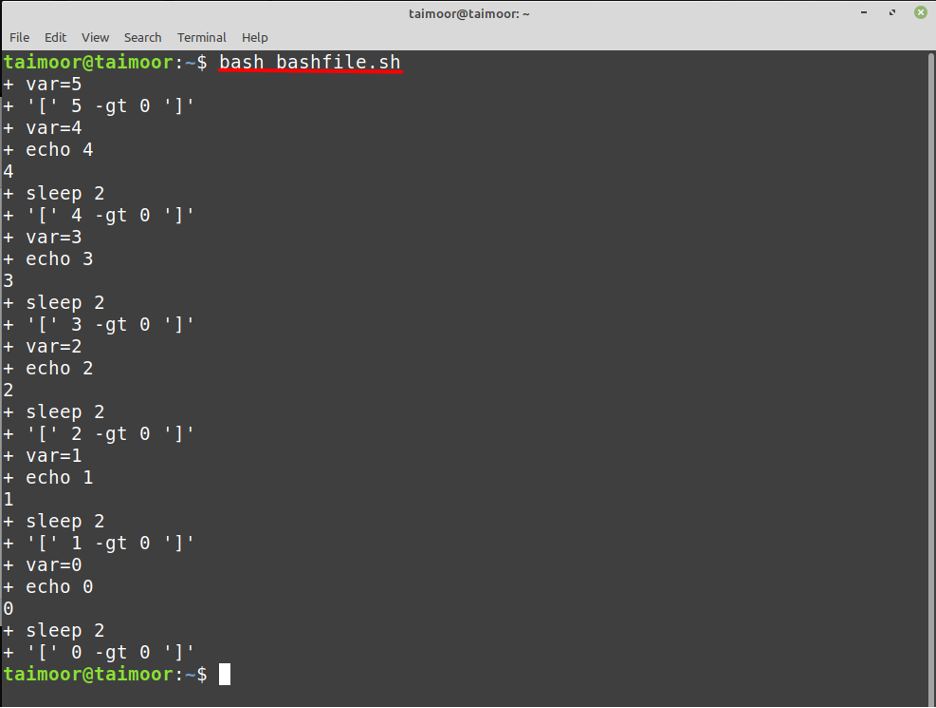 Now as you can see in the above output that it will not only execute but also explain the output as well. So, what the above code is doing is decrementing the value of variable ‘var’ from five to zero that we have initialized in the above bash script and also pausing the execution for 2 seconds after each iteration.

If you don’t want to put “set x” in the script then you can also use x while executing the bash script in the terminal as shown below and this will also provide you the same result that has already been discussed above:

To debug a specific part of the code then specify “set -x” at the beginning and “set +x” at the end as shown below: 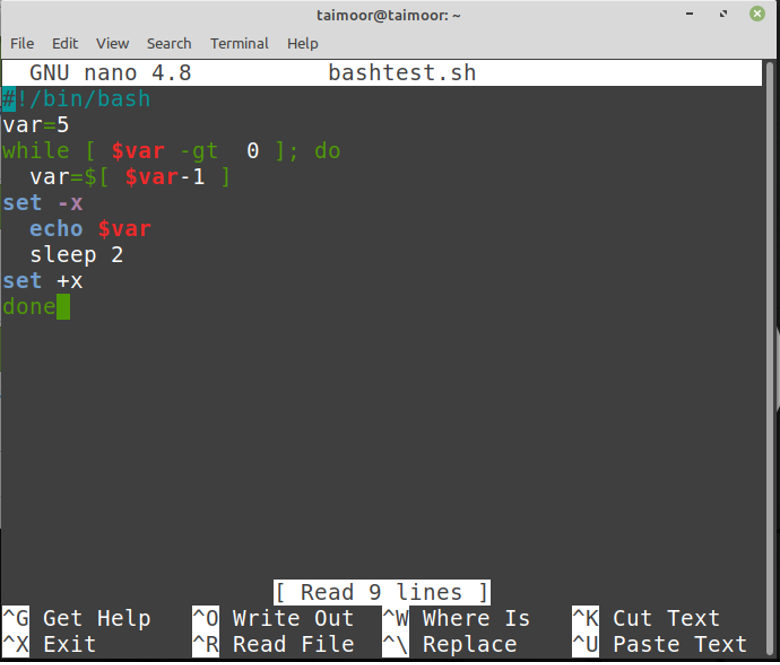 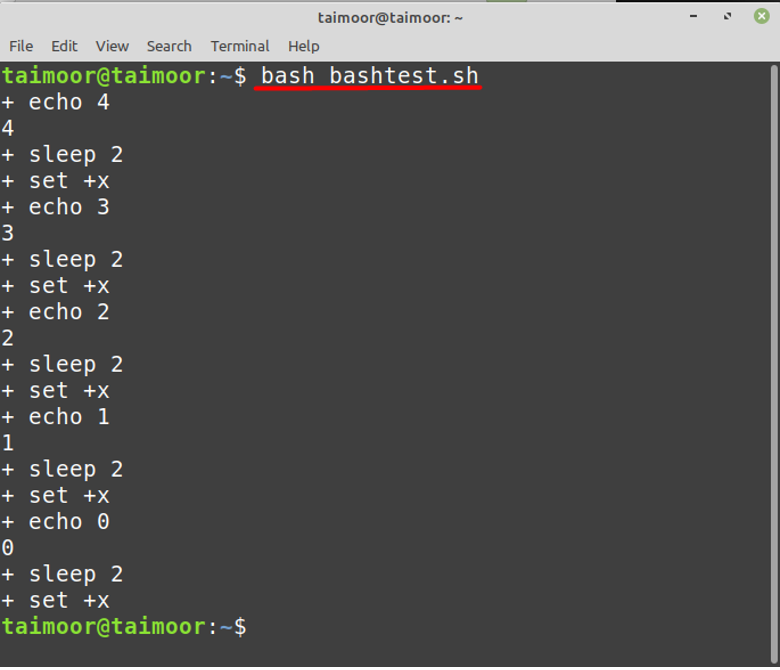 It is a difficult task for the users to develop a code that is error-free especially if it contains hundreds or thousands of lines. So, this is where you can use a debugging process to troubleshoot your code that not only aids in the detection of problems but also collects important information from the code, and for that you can use the set -x command that has been described in detail in this article.