What are Environment Variables in Windows?

Environment variables hold information related to the Window and its applications. Simple text editors like Notepad, Graphical applications like Windows Explorer, command prompt, and PowerShell can access the environment variables. The information about the Windows Operating System is saved in the Environmental variable in PowerShell. For example, the number of processors, system drives, operating system path where OS was installed, user profile path, etc.

Scope of Environmental Variables in Windows

In Windows, there exist three different scopes for environment variables. 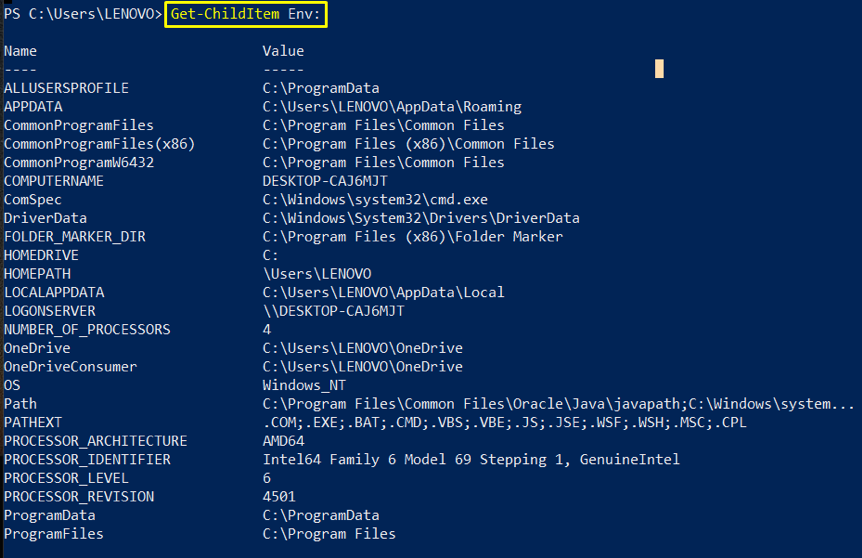 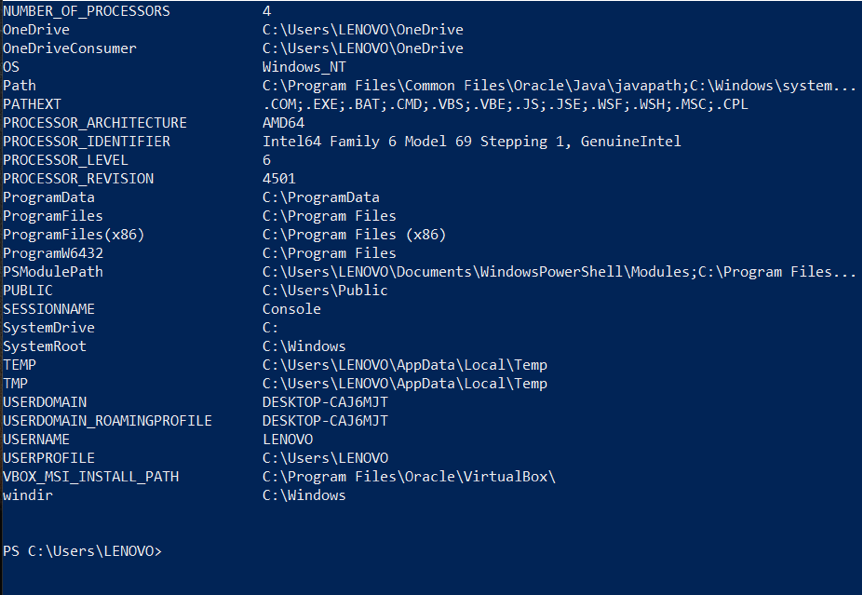 With the Get-PSDrive command, you can retrieve a list of all the drives associated with the current session. So, execute this command to confirm the existence of the newly created “Env” drive: 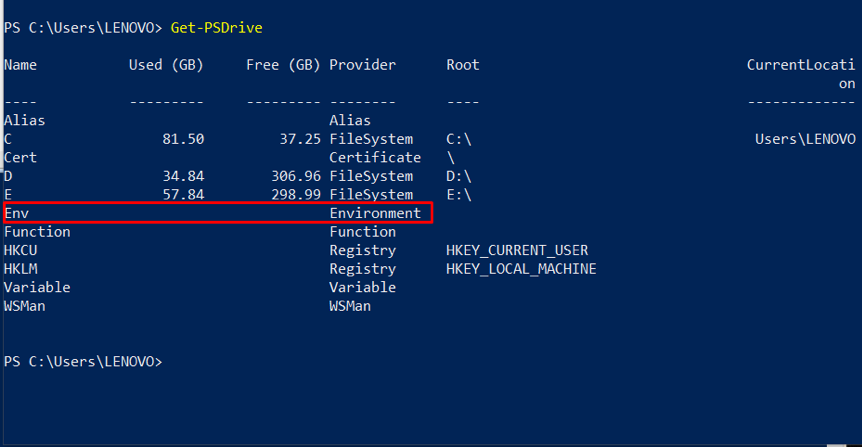 Here, all paths are combined with the “;” symbol, which can confuse you.

Use the “-split ‘:’” option for viewing each path separately.

We will append the “c:\temp” in the list using the “+=” operator. You can specify the path according to your file system. After that, view the “PSModulePath” list to know if the path is added to the list or not:

For instance, our system does not have an environment variable named AZURE_RESOURCE_GROUP. So, we will test out the creation of this environmental variable:

The output declares that “AZURE_RESOURCE_GROUP” is added to the list of the environmental variable with the value “MyTestResourceGroup.” 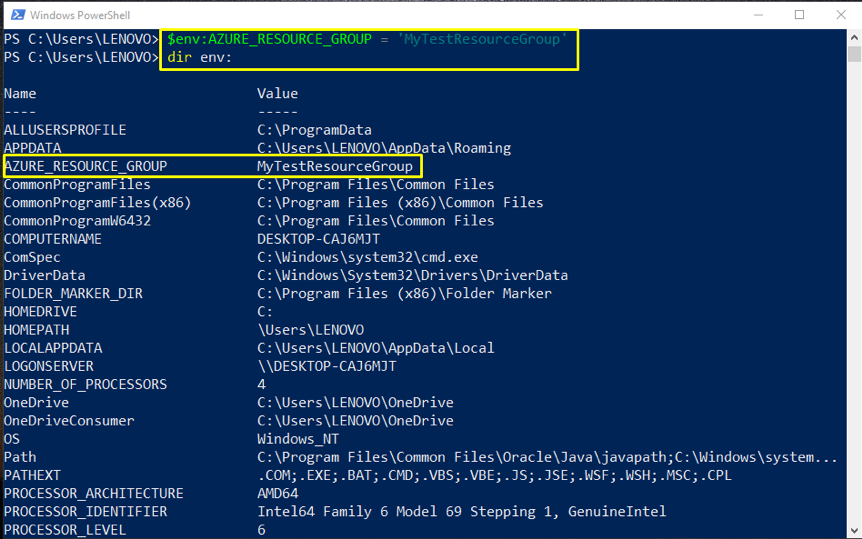 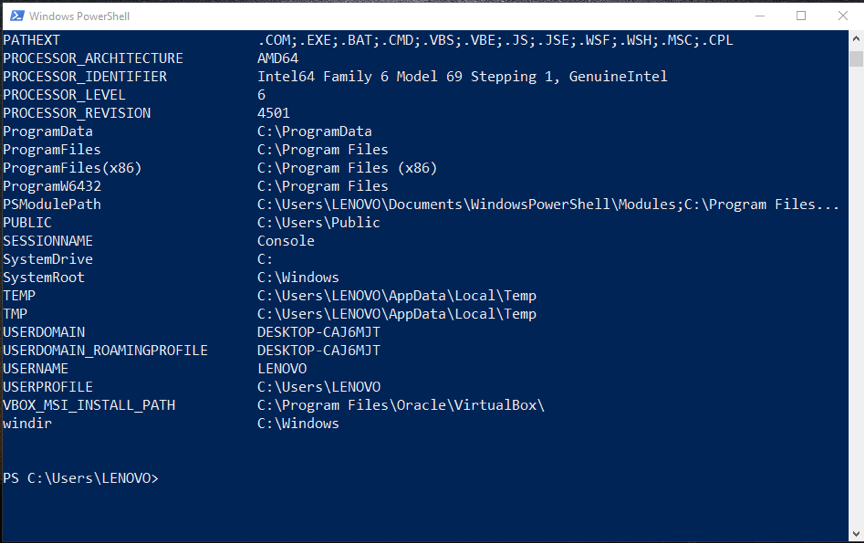 Utilize the below-given command to verify its existence on your system:

You can also change the value of your environment variable in the following way:

The output shows that the value of the environment variable is changed!