DNS nameservers (resolvers) provide a method to translate the domain name into the IP addresses. It is provided by the ISP (internet service providers) and is used by various other devices to do the DNS lookup for a requested domain.

We will show you in this tutorial how to set or configure the DNS nameserver using different methods on the Ubuntu system. All configurations have been performed on Ubuntu 20.04 system.

Two different approaches that can be used to set the DNS NameServer on Ubuntu 20.04 Linux system:

Setting up the DNS NameServer from the Ubuntu desktop using the Network Manager is quite simple and requires no technical knowledge. Just simply follow the below-mentioned steps:

1. Open the system “Settings” window on your system.
2. If you are connected with Wi-Fi then, click on the “wifi” tab. Otherwise, click on the “Network” tab, if you have a “wired” connection.
3. The Settings window can also launch from the top-right menu. Click on the drop-down icon and select the “wired settings” option from the displaying list, which is also shown in the following screenshot: 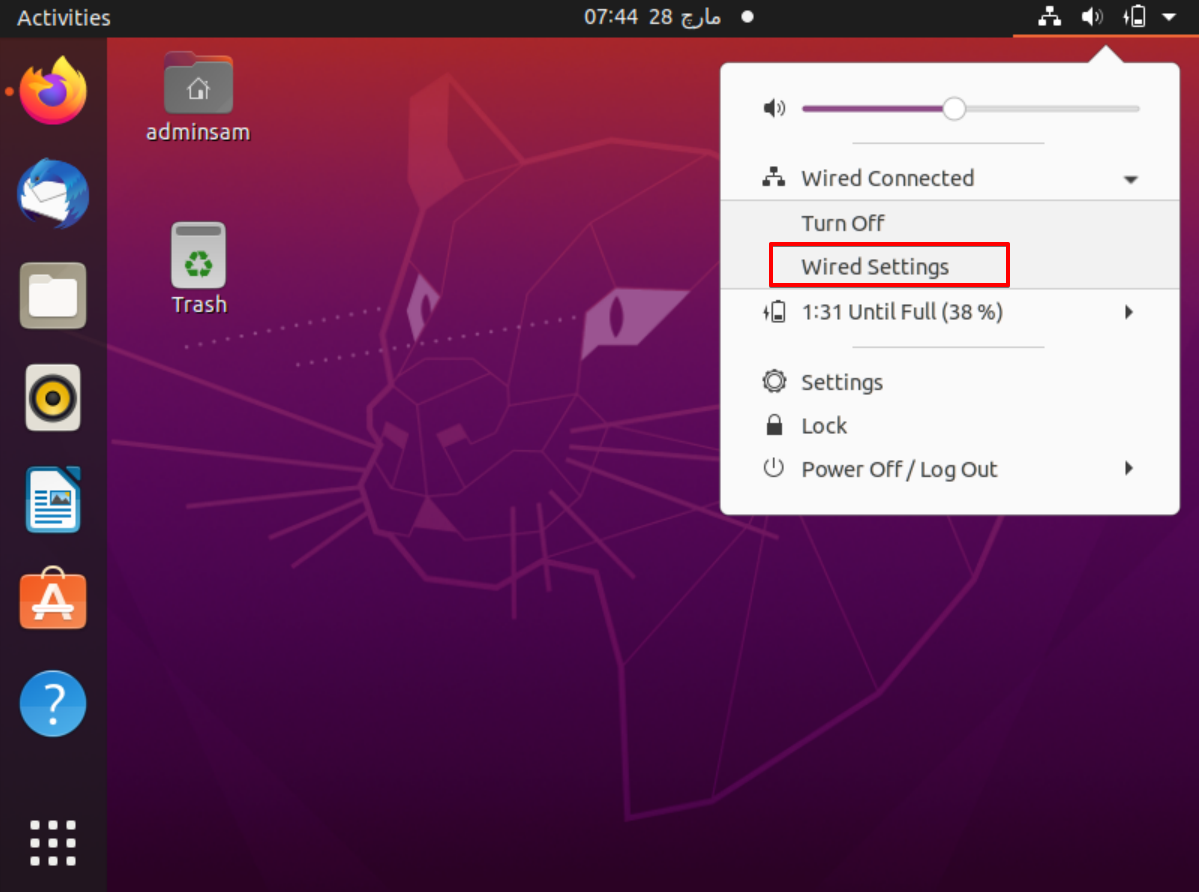 4. Click on the cog icon that is displayed under the “wired” heading to access the Network Manager configurations. 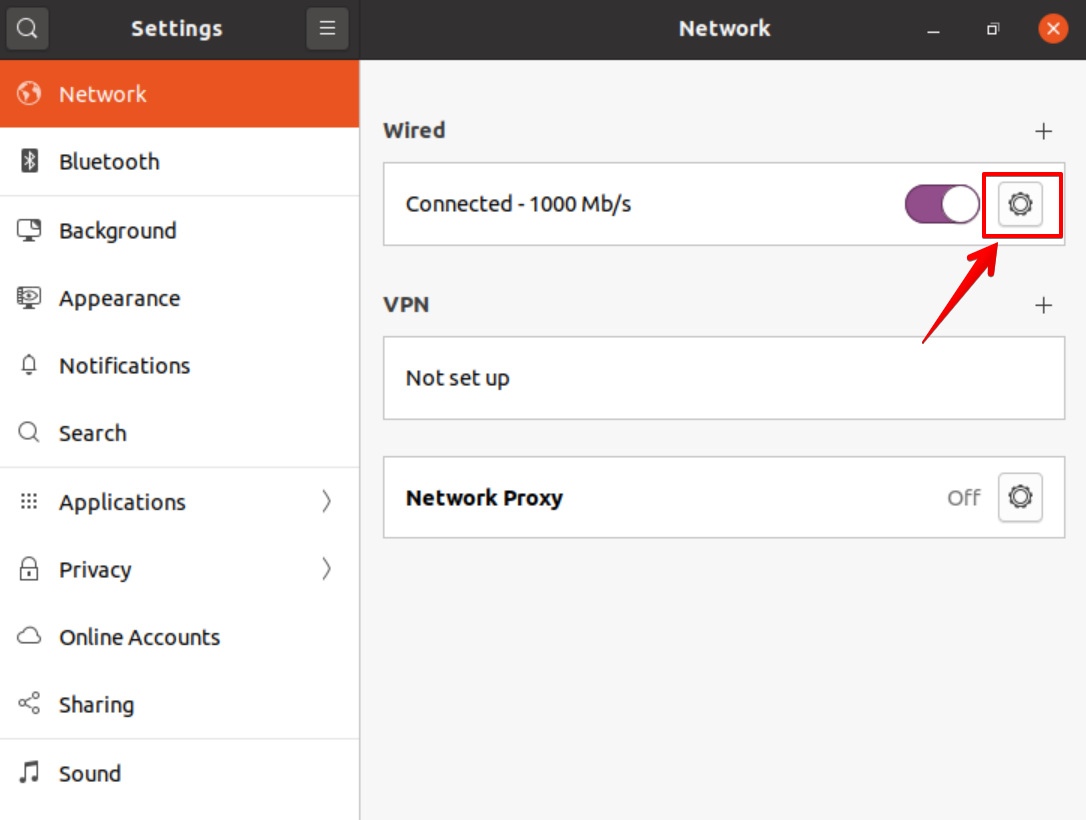 5. Now, go into the “IPV4” settings tab and select the IPV4 method where the default “Automatic (DHCP)” is selected. 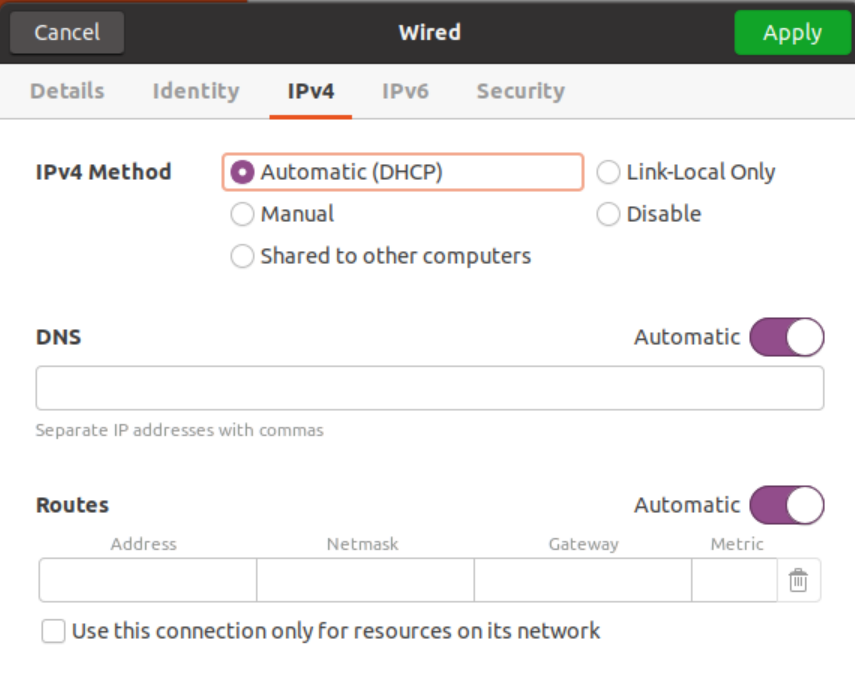 Toggle the automatic button to disable this option and enter the DNS resolver IP address separated by a comma to set the DNS nameserver, which is shown in the following screenshot: 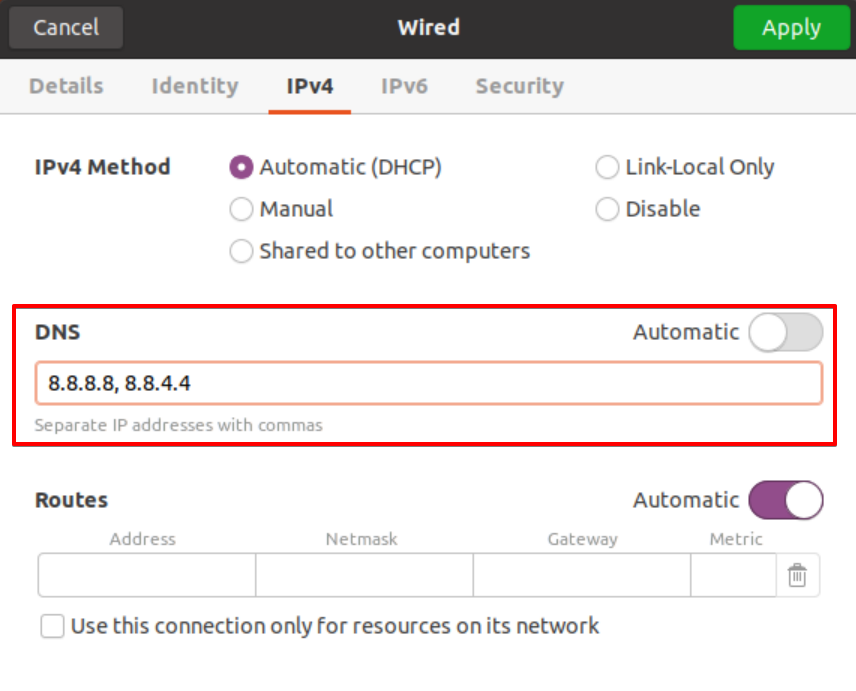 We have used the Google DNS server resolver IP address. 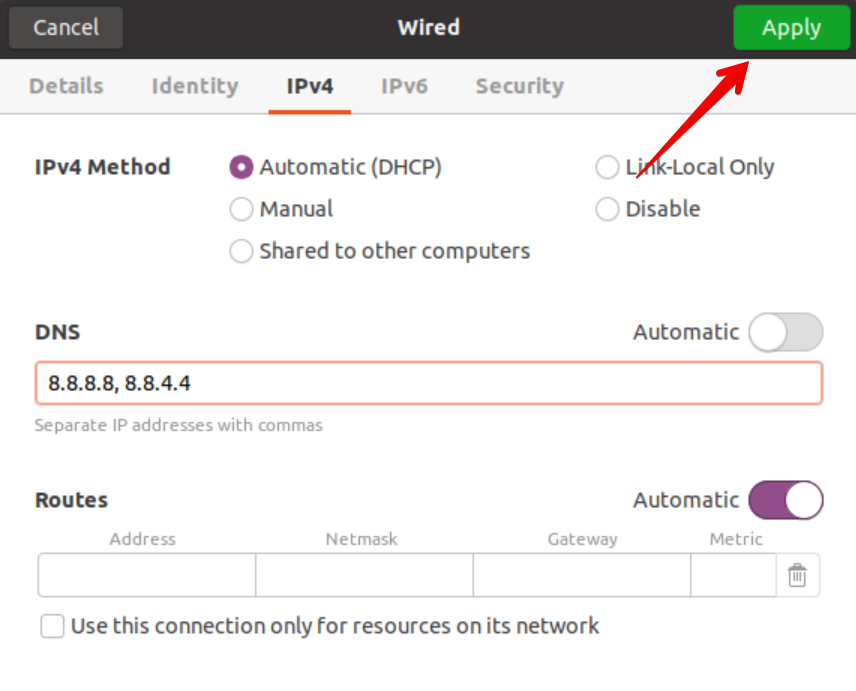 In previous Ubuntu distributions, the DNS resolvers were easily configured using the ‘/etc/resolv.conf’ file, just editing the values and saving the file for use. The systemd-resolved service provides DNS name resolution to local applications or services and this can be simply configured with Netplan, which is the default network management tool on Ubuntu 20.04.

To set the DNS resolvers with the netplan, follow the below-mentioned steps:

1. Open the terminal by running the “ip a” command list with your Wi-Fi/ethernet details. Carefully, note your IP address, netmask, and default gateway from the following screenshot that displays on executing the IP command.

In this file, you can configure the IP address, gateway, network interfaces, DNS nameservers, and so on.

The general syntax of this configuration file is given below, and it can be modified by a system administrator.

Here, the following lines of code need to change in this configuration file.

3. Now, use the following command to apply changes on this file with netplan:

The above command will generate the configuration systemd resolved service.

4. To verify the DNS resolver configuration, use the following command:

The systemd-resolve -status command shows a bundle of information. This is the reason for using the “grep” command to filter the “DNS Servers” string from all details.

The following output shows on the terminal; it means that it verifies the DNS nameserver and is set now.

To set the DNS Name Server using the netplan and network, copy the following code in the netplan configuration file:

Enter the below-given configurations in this file:

Type the command given below to apply changes with netplan:

The following output prints on the terminal window: 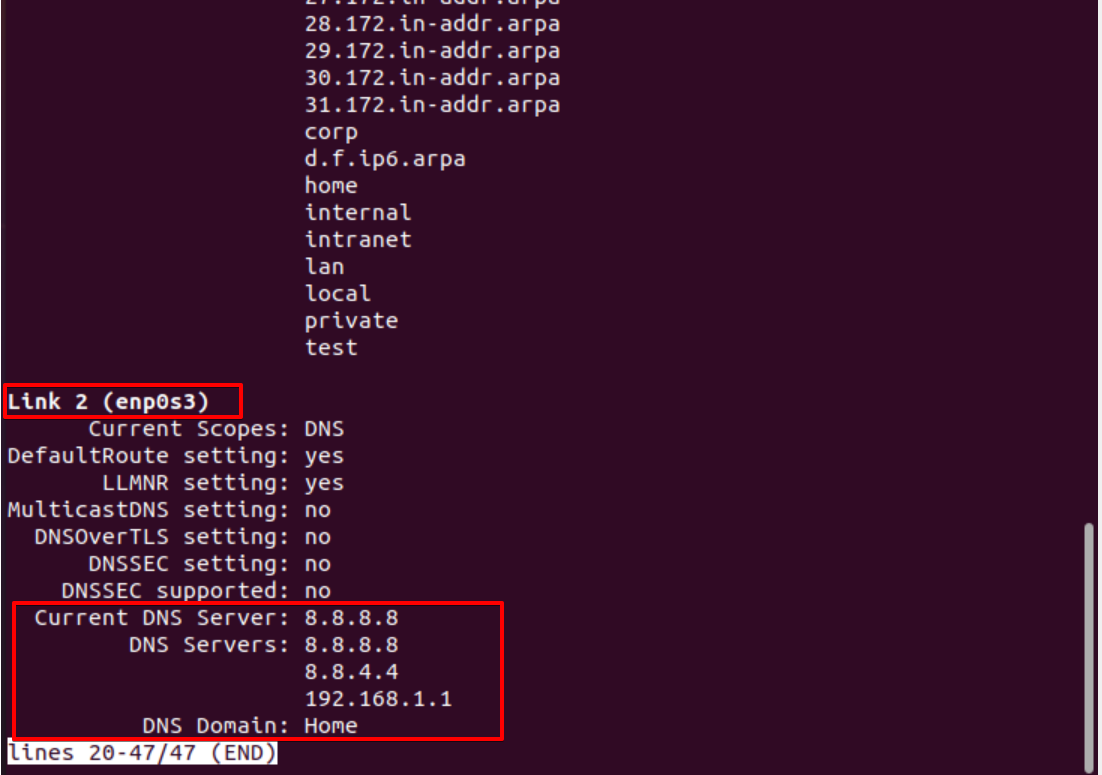 Check the current DNS Nameserver by using the following command:

From the following displayed output, you will notice the default DNS nameserver to be set on your system: 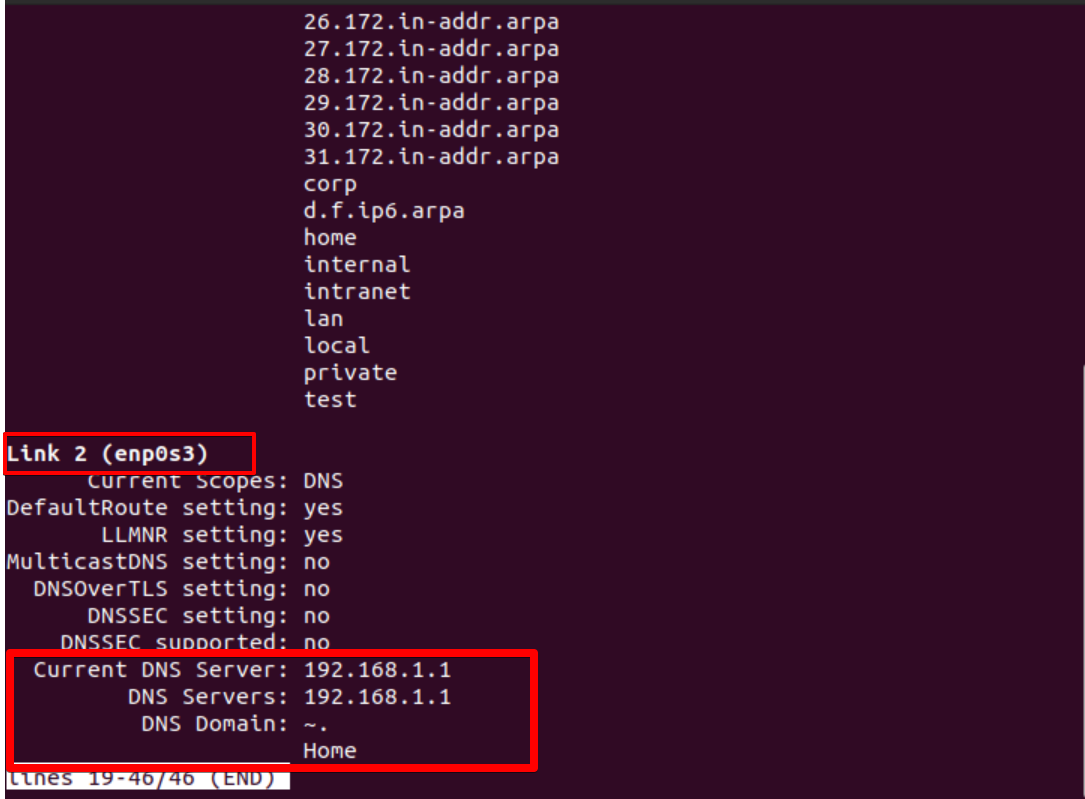