The 16×2 LCD is used with the Raspberry Pi 4 to display different strings and characters on the display screen of the LCD. The text displayed on the screen of the LCD can be scrolled right or left of the screen for advertisement purposes or to gain the attention of the audience. The Raspberry Pi is a small size computer board that can be used to configure different electronic projects.

In this write-up, we will learn the scrolling of text on the 16×2 LCD screen which is interfaced with the Raspberry Pi 4.

How to interface the LCD with Raspberry Pi 4

To connect the LCD with the Raspberry Pi 4, we need the following components

To scroll the text on the 16×2 LCD, the circuit diagram will be: 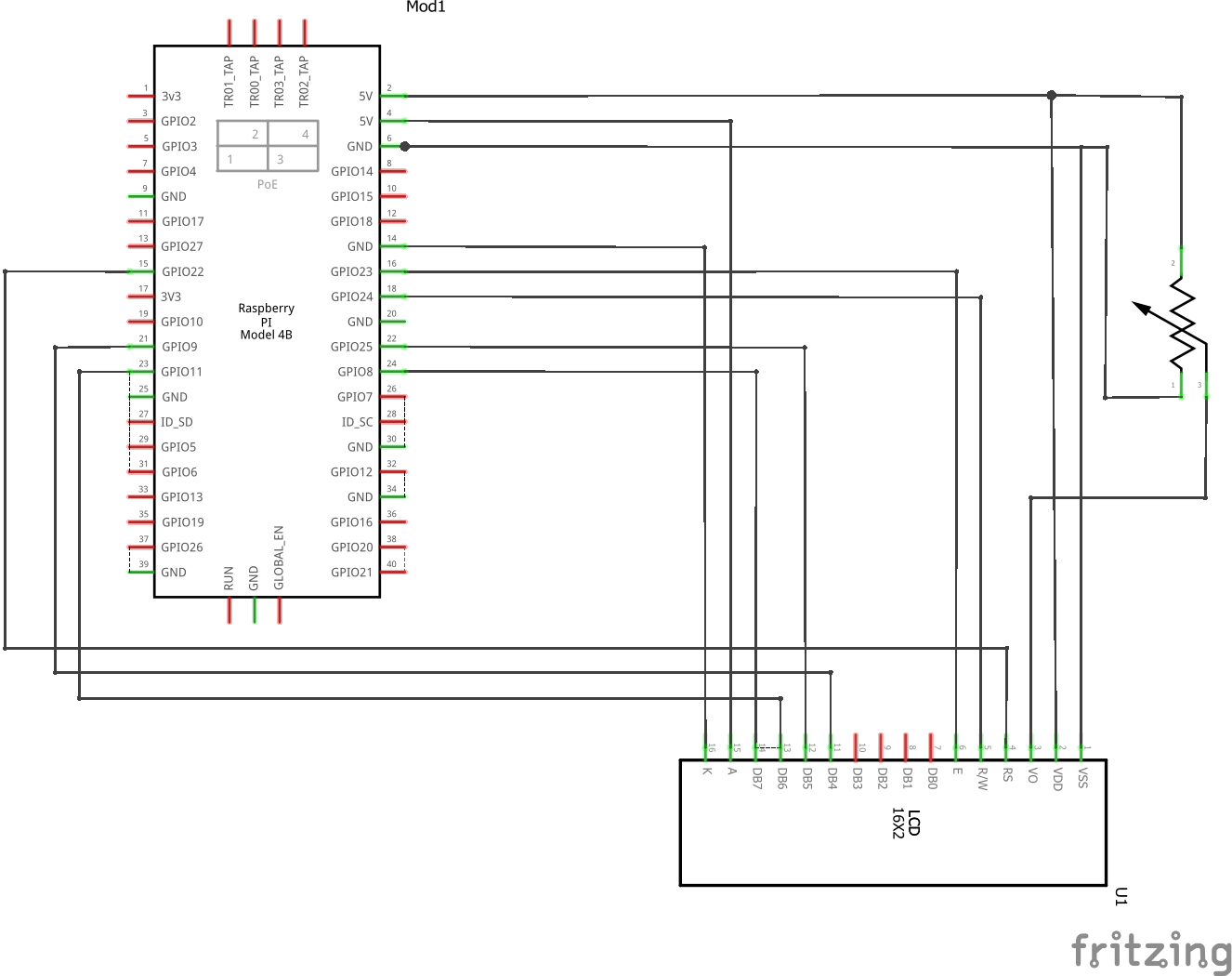 In the first step, we will place the LCD, a potentiometer, and the Raspberry Pi 4 on the breadboard to configure the circuit: 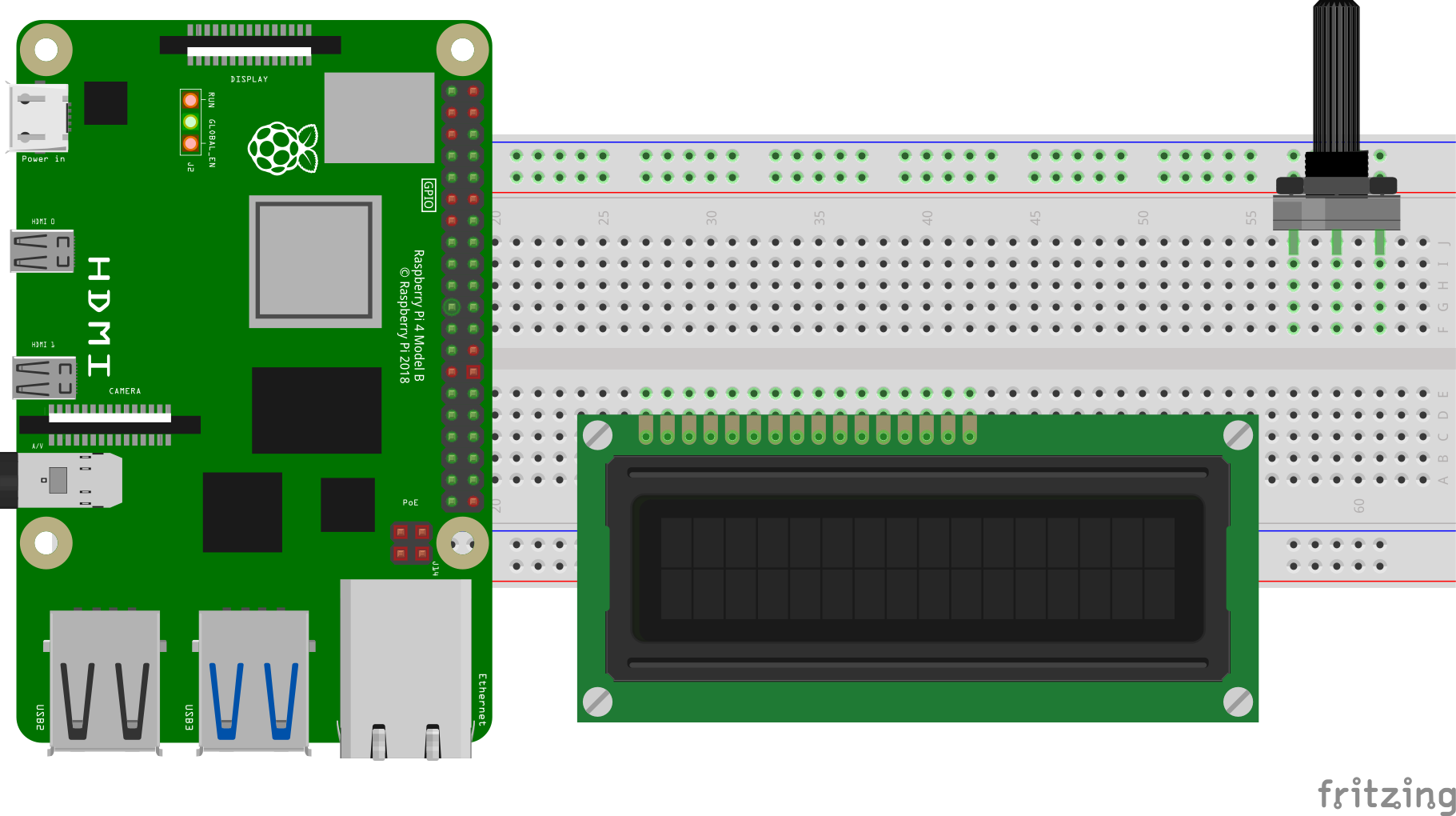 Connect the pins of the 16×2 LCD with the GPIO pins of Raspberry Pi according to the table: 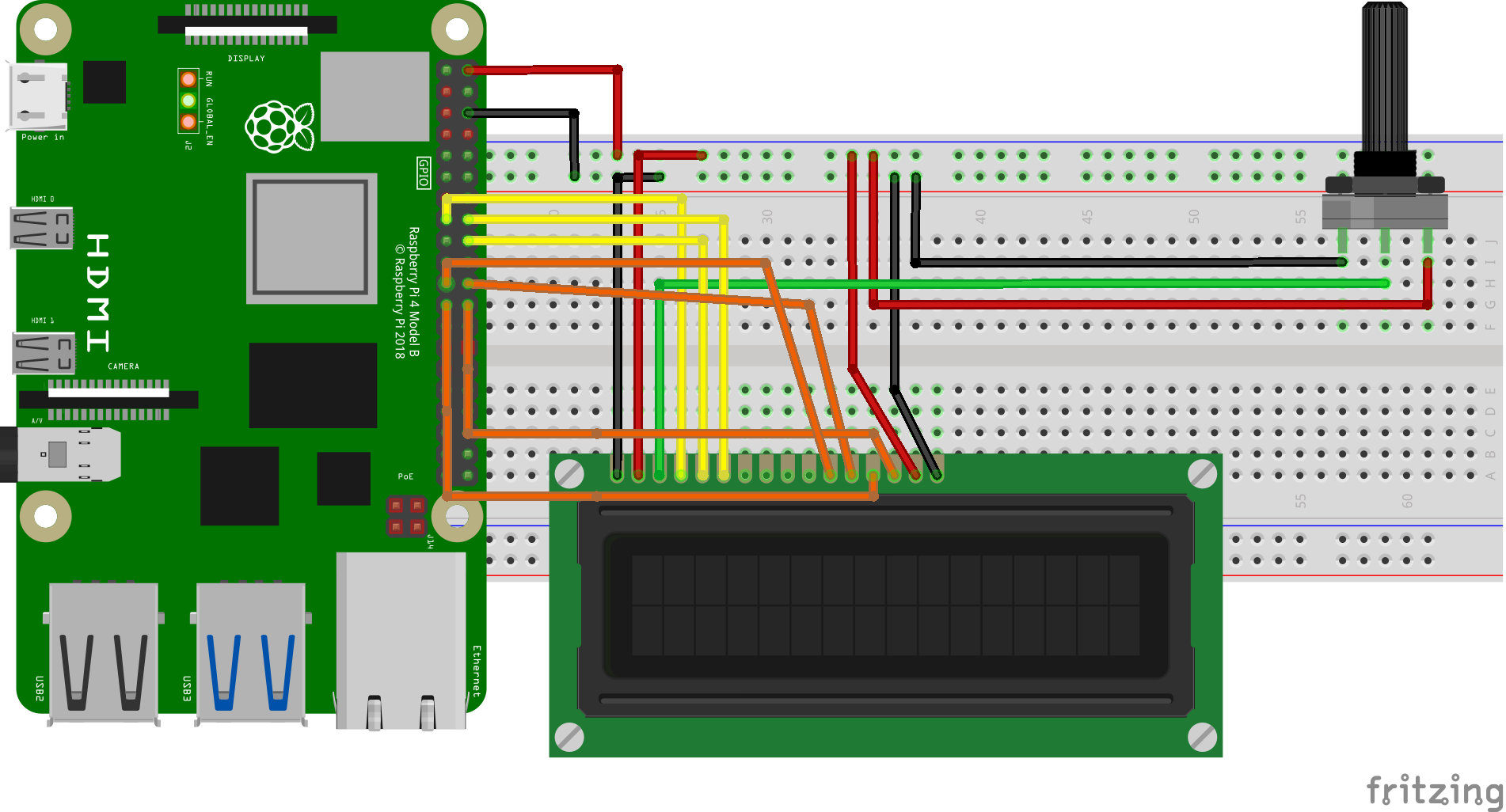 How to download the RPLCD library in the Raspberry Pi 4 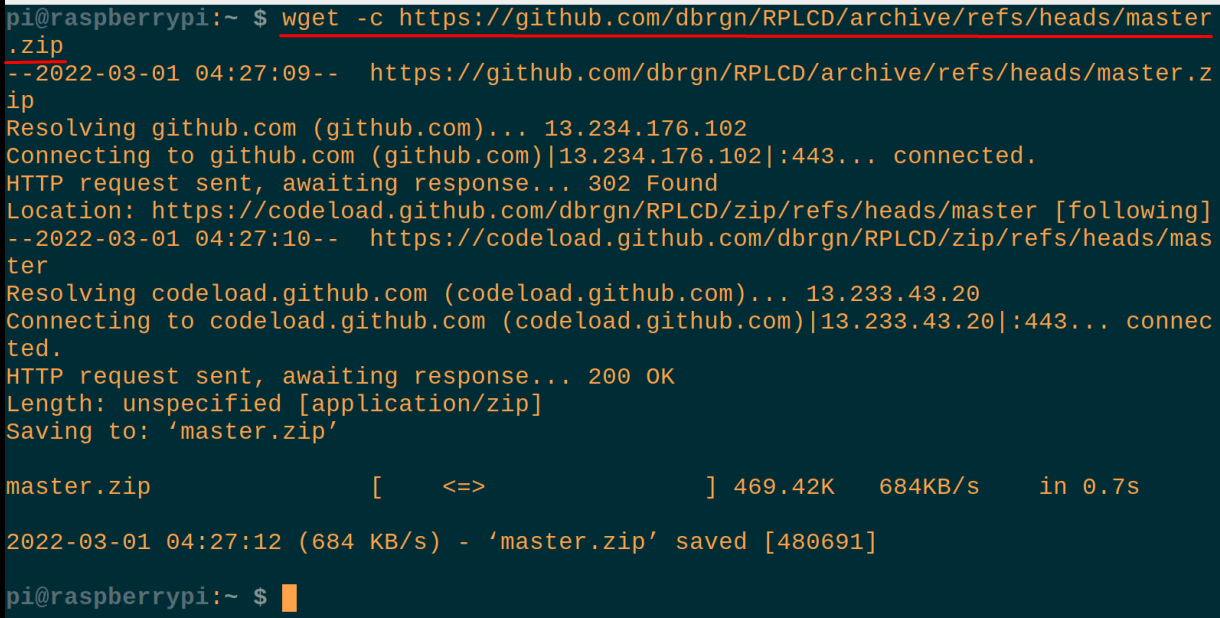 After the master.zip has been downloaded, we will unzip the “master.zip” to use its contents:

Now, using the below mentioned command, we will navigate to the unzipped folder, RPLCD-master:

Now, we will create a Python file using the nano editor (you can use any other Python IDE as well) to type the Python script for scrolling the text on LCD:

When the file is open, type the following statements of the Python code to scroll the text on 16×2 LCD using the Raspberry Pi:

def write_to_lcd(lcd, framebuffer, num_cols):
#defined a function of "write_to_lcd" with three parameters
lcd.home()
#used to place the cursor of lcd at (0,0) position of LCD
for row in framebuffer:
#initiated a for loop
lcd.write_string(row.ljust(num_cols)[:num_cols])
#displayed the values of "frame buffer"
lcd.write_string('\r\n')
#placed the pointer in new line and new row

while True:
#initialize the infinite while loop

Explanation of code: The above script of the Python to scroll the text on the 16×2 LCD looks complex but it’s very easy, so we will explain it in different parts.

Import of libraries: First, we have imported three libraries, RPi.GPIO to use the GPIO pins of the Raspberry Pi, CharLCD from RPLCD.gpio to use the LCD, and sleep from time library to generate the delays.

Warnings: We set the setwarnings to False, so it will not generate any warnings while using the LCD with the Raspberry Pi.

Data structure: We have defined a data structure with the name of “frame_buffer” which contains two elements, one is a string of “Hello” and the other is an empty string.

Initialize the LCD: In this part, we simply assign the Raspberry Pi 4 pins to the LCD pins and here we are using the board pin numbers of the Raspberry pi instead of the GPIO pin numbers and it is mentioned in the command by setting the numbering_mode= GPIO.BOARD.

Call the write_to_lcd: We have called the function by passing it the number of cols which is 16 so that the elements of the frame_buffer have been set on the LCD display.

long_string: Declare a variable and store a string “Welcome to the LinuxHint” which we want to scroll on the LCD.

loop_string: In this function, we padded some spaces before and after the scrolling text and with the help of a for loop, we moved the text to the right position of the display.

while: Finally, in the infinite while loop, we call the function of loop_string and display the text on the LCD with the scrolling text.

After this, we will run the command to compile and run the above Python script:

The hardware working of the above script on the LCD is: