“Screenshots are pictures of the data displayed on the computer screen and are most widely used on computers and mobile phones. Screenshots can be used to save lots of information compactly, as you don’t have to copy and paste all the information. We have a built-in Snipping tool in Windows to make customized screenshots, but what about Ubuntu 22.04?

This article will explore different methods to take screenshots in Ubuntu 22.04.”

There are multiple methods using which you can easily take screenshots in Ubuntu 22.04, and we will go through the best and easiest ways that can produce compelling screenshots

You can find the “PRT SC” key on your keyboard that can be used to take screenshots on Ubuntu, and all you have to do is follow these steps 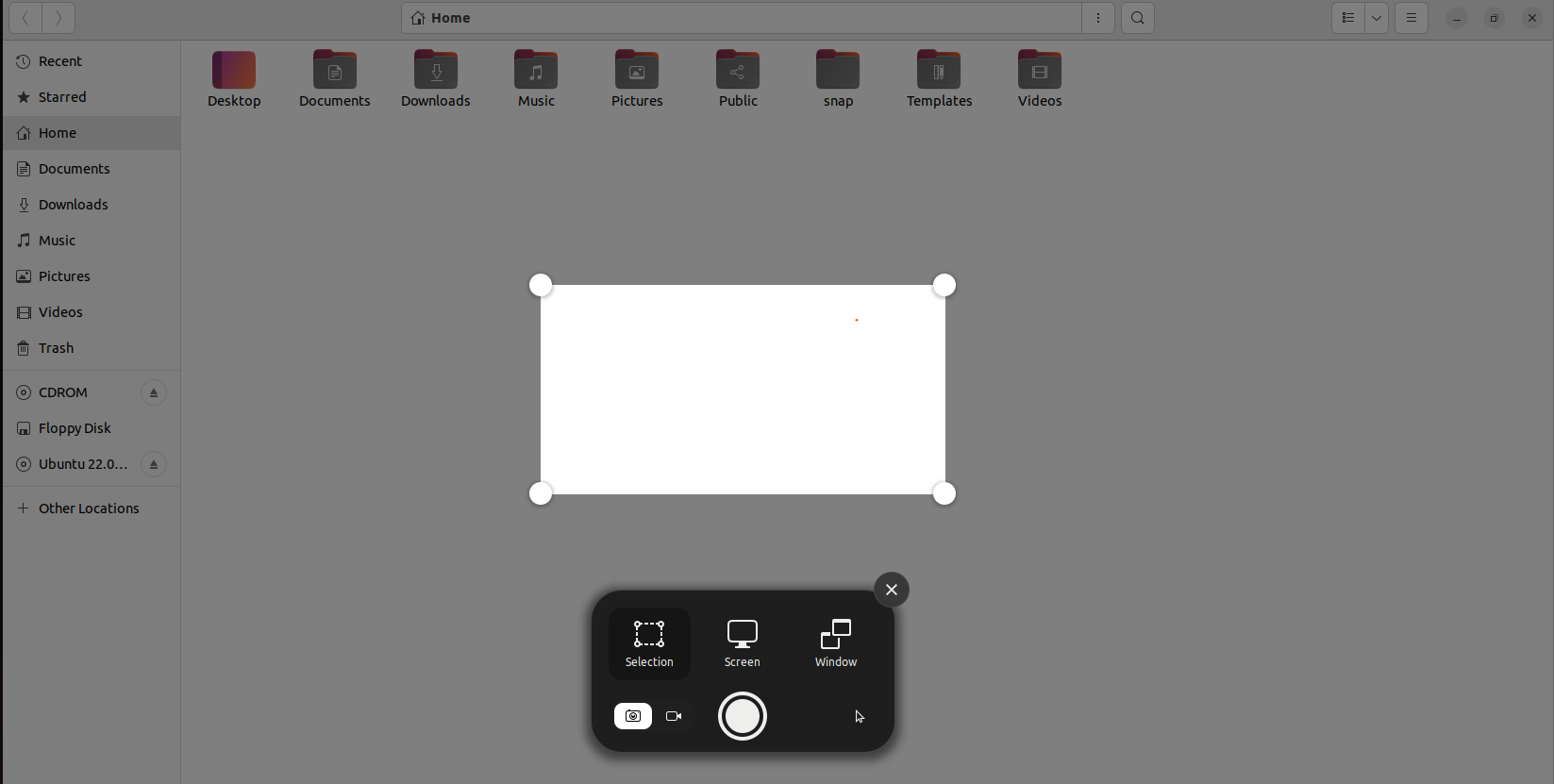 Now there are a few things that can help you effectively use it, and they are as follows.

The white section is the area that will be screenshotted, and this is called selection which is automatically selected when the program is opened

Now, the next one is screen selection which helps you take a screenshot of the whole screen 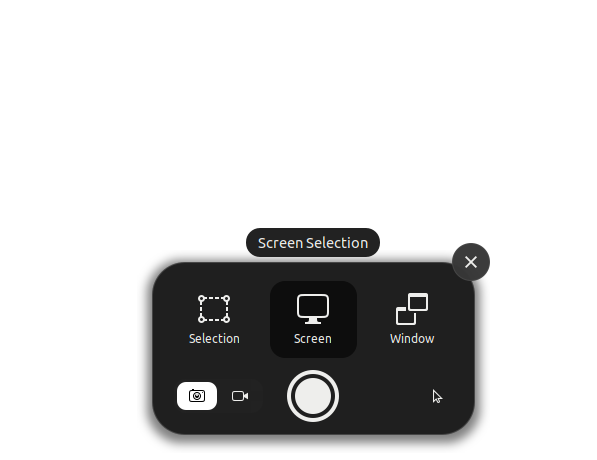 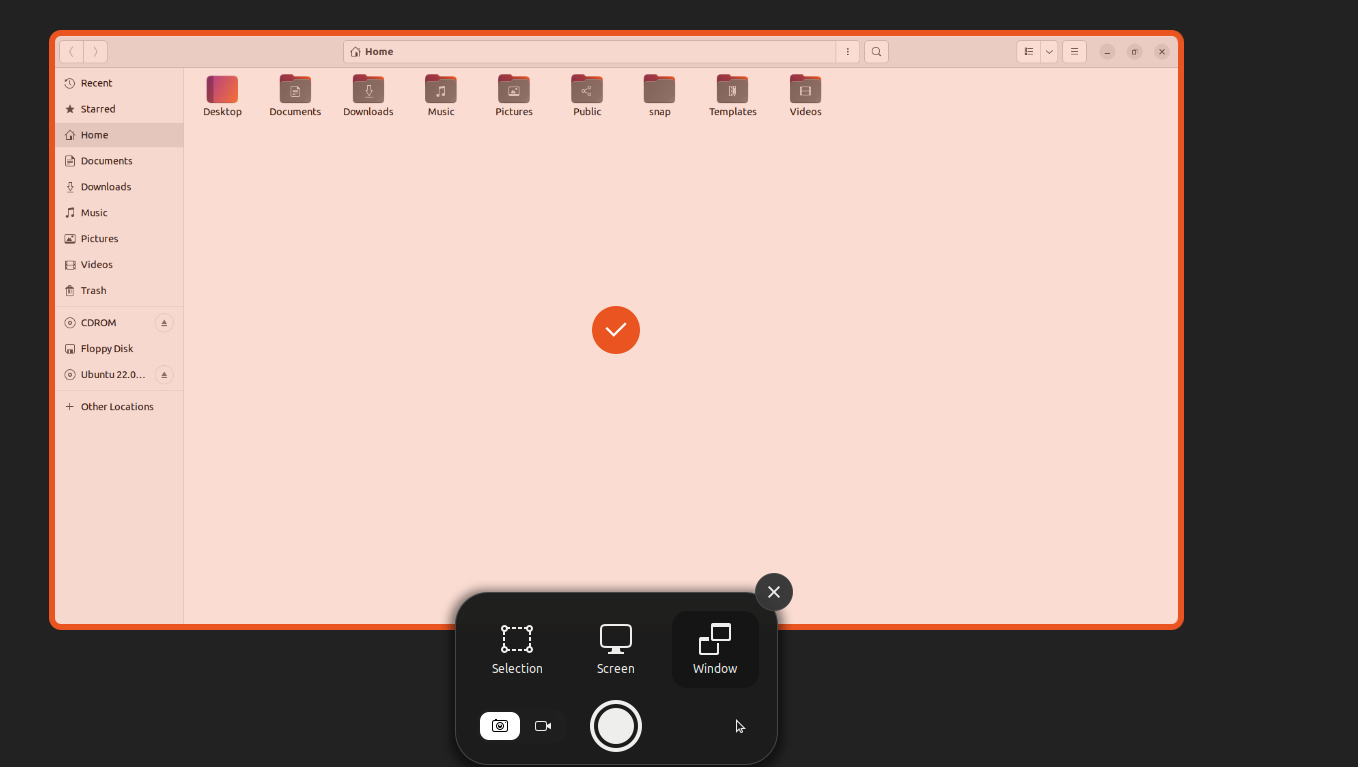 After selecting the required area, screen or window, you must click on the highlighted button in the image below to capture the screenshot. 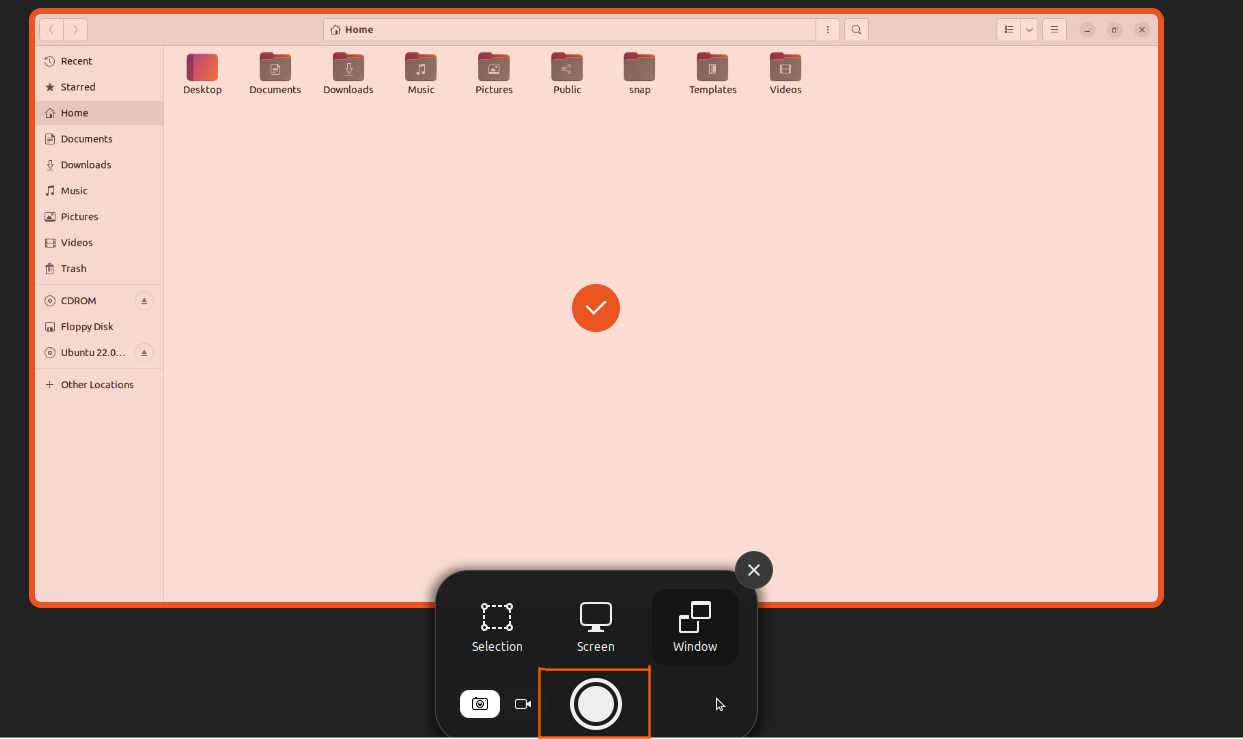 And it will show a pop-up, and clicking on “Show in Files” will take you to the folder in which your screenshots are saved.

You can quickly take a screenshot in Ubuntu 22.04 using the following shortcut keys.

Shortcut Keys for Screenshots in Ubuntu 22.04

You can also use shortcut keys in the following combination to take screenshots in Ubuntu 22.04

How to Take Screenshots Using Third-Party Software on Ubuntu 22.04

A variety of software can take screenshots on Ubuntu 22.04, but the best one is “Shutter.”

The Shutter is a popular tool and open-source tool used to capture screens, and using it; you can

In all three modes, it comes with a delay timer that can help you set up the perfect screenshot, and there is a checkbox that says include cursor to make the cursor visible on the screen. These features allow you to take a better screenshot with the best angle.

You can install it using these three commands in the terminal.

You can understand better by looking at the GUI images below, but you need to use them for better results. 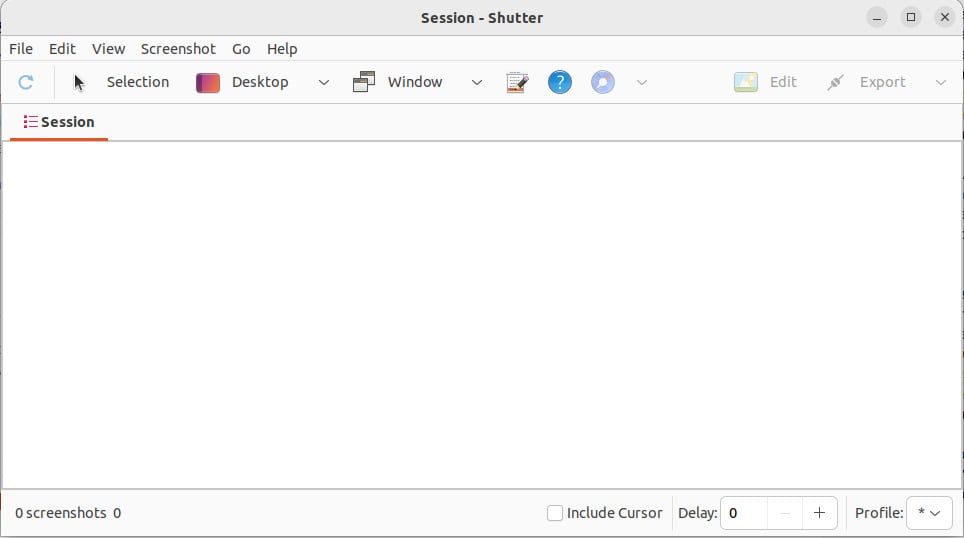 Here is a hint of features included in Shutter on Ubuntu 22.04. 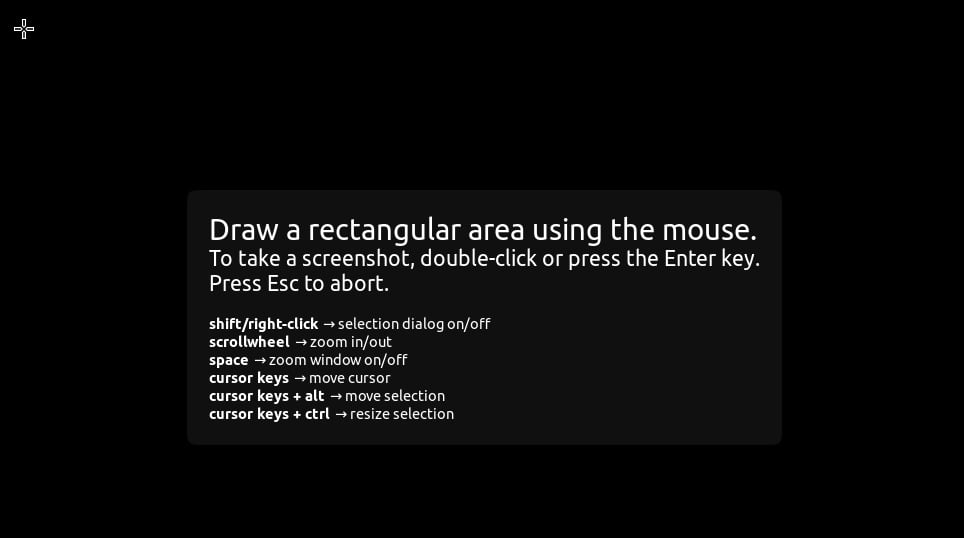