By defining a class object, we can inspect the class’s members and invoke any method in other programming languages. The specific method is called with the help of that object. In the article, we’ll make an object that doesn’t need a class to declare its members. Scala introduces singleton objects or companion objects. Scala class and Scala object are with the same source file then; they are a companion to each other.

What are Companion Objects in Scala?

A companion object and the class are in the same source file along with the same name. Companion objects are objects that have a similar name to the class they belong to. The same object and class name combination are very powerful, we can access both private methods and fields of the class.

The general syntax of Companion Object in Scala looks in this way:

How to Use the Scala Companion Objects in Ubuntu 20.04?

To understand the usage of the Companion Objects in Scala, you should take a look at the following examples below:

In the above code, we have a class as Example1. The class has variables Str1 and Str2 initialized with the string value. There is a method “myExample” that defines the class which prints the “str1” and “str2” values. In the companion object, we are accessing the method of the relevant class.

You can see in the output below; we can access the member of the companion class with the “new” keyword into the companion object.

We can create an instance of a class through the apply method. Let’s have an apply method implementation below.

We are using the paste mode for the apply method. After exiting from a paste mode, we can call the member of the class directly. We have written a pattern matching code in Scala and the output is shown below. 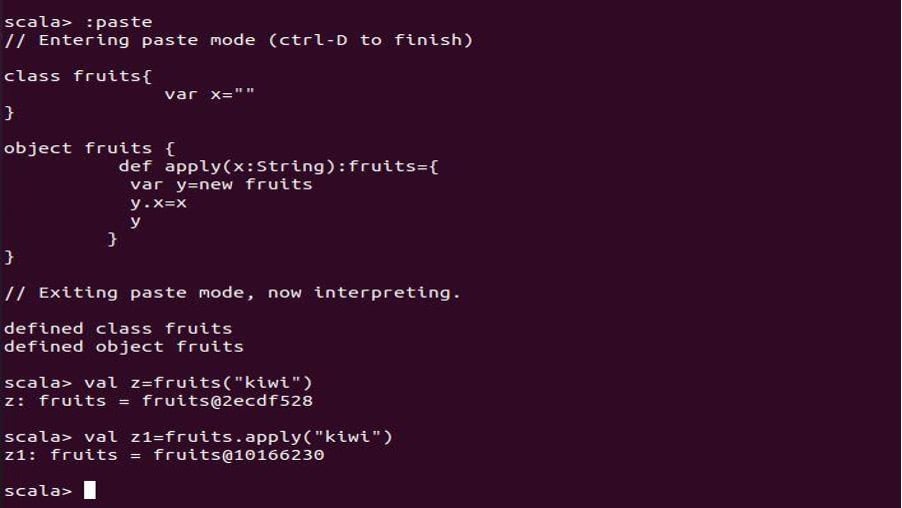 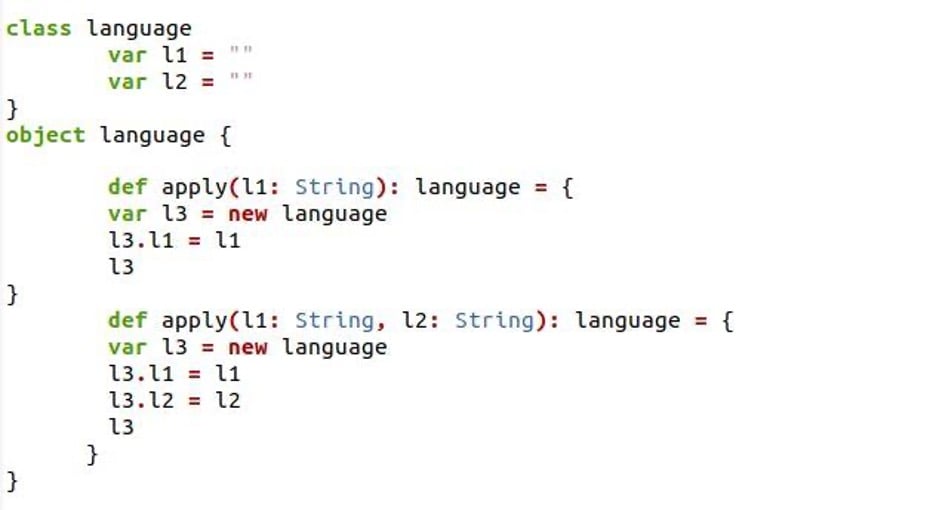 In the above code, we have created a companion class as “language” and defined two variables “l1” and “l2”. Then, we have a companion object of the name “language” the same as the companion class name. In the companion object, we have used two apply methods. The first is having a single value passed and the other apply method takes two arguments as a constructor. The apply method has the variable “l3” which has a “new” keyword with the object. We can generate a new instance of an object with the usage of the “new” keyword. The “l3” takes values from “l1” and “l2” in the code.

The output we can access through paste mode as implementation is shown after exiting mode. We can call the object by using the apply method. 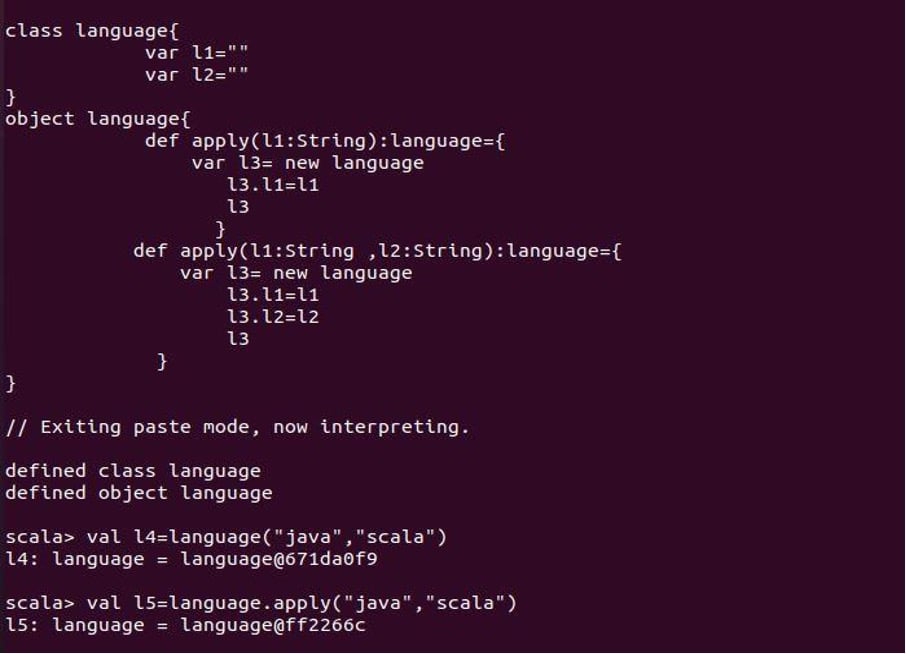 Now, we can also extract the field from an object by using the unapply method in the companion object.

After exiting from paste mode, we have extracted the fields from a “c3”. The output of the unapply method is shown on the screen. 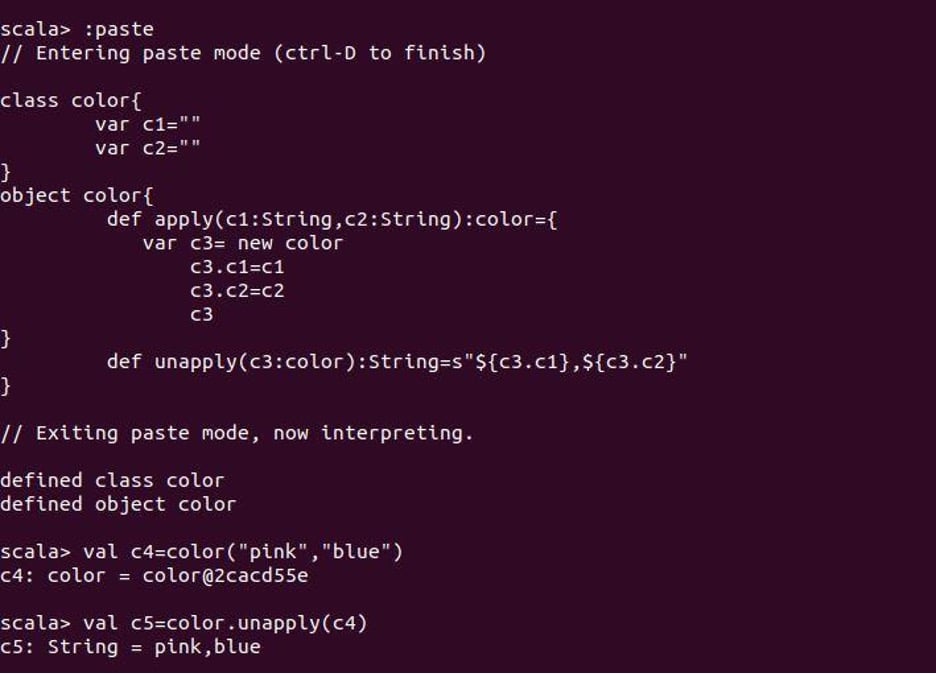