Memtests are memory-testing programs that check for faults in the RAM of your system. Memtest or Memtest86+ reads data, writes the memory address patterns, and checks the errors. Most Linux distributions, such as Ubuntu 22.04, comprise Memtest86+ apps by default. However, if your distribution does not contain then you can easily install it with the help of the terminal.

This blog will demonstrate how to install, run, and uninstall Memtest86+ in Ubuntu 22.04. So, let’s start!

Before performing the memory test, it is essential to install “memtest86+” on Ubuntu 22.04. To do so, follow the given instructions.

Step 2: Install Memtest86+
Next, install the “memtest86+” package in your Ubuntu 22.04 system with the help of the provided command:

After installing the “memtest86+”, your system is all set to run the Memtest.

Follow the given instructions for running Memtest in Ubuntu 22.04.

Step 1: Open GRUB menu
Memtest can work without an operating system which means that it can be directly accessed using the GRUB menu. To open the GRUB menu, reboot your system, and hit and hold the “Shift” key.

Upon doing so, you will see the following screen, select the “Memory test (memtes86+.elf)” option using the arrow keys and hit “Enter”: 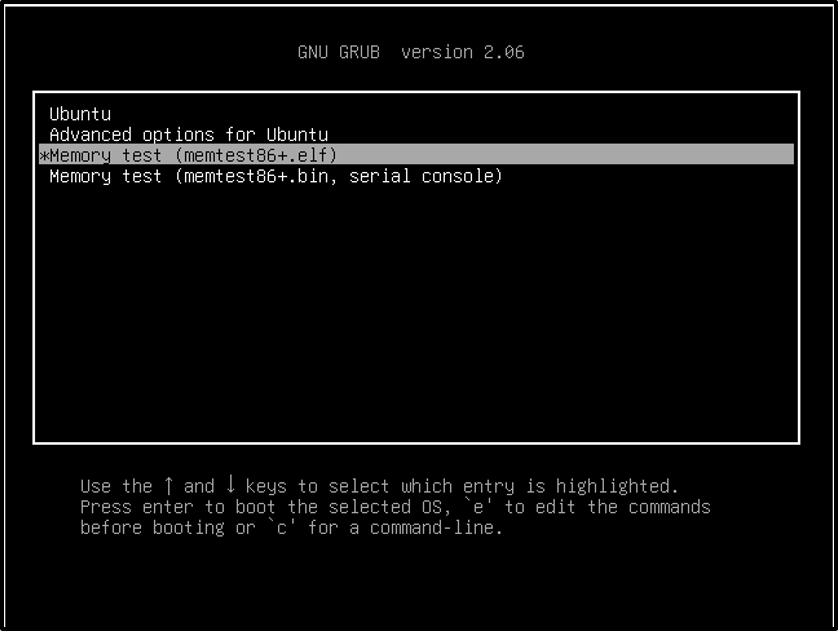 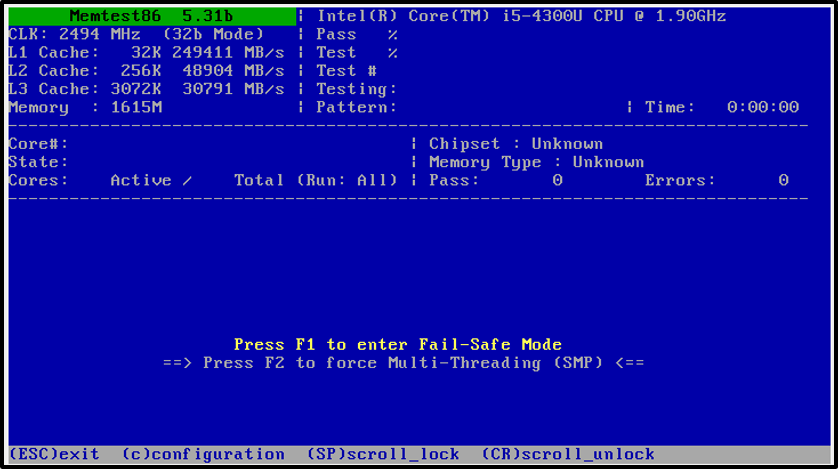 Step 3: Check Memtest86+ status
After starting the Memtest86+, verify if it is “running” by checking its “status” from the highlighted section: 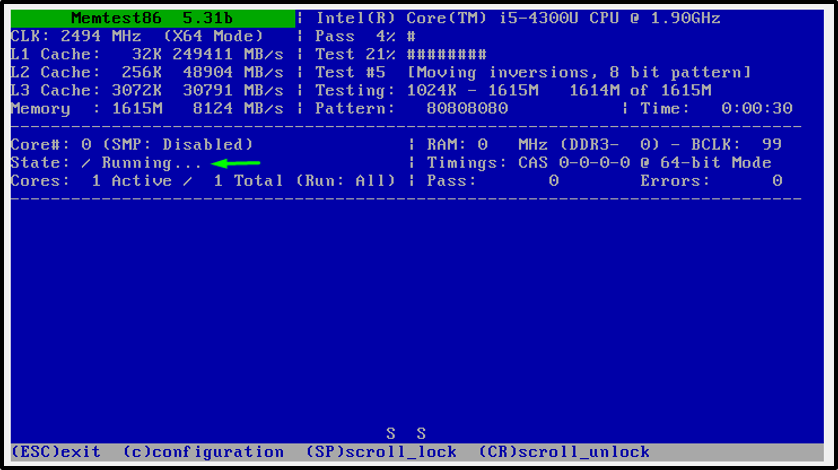 You can also look out for the other details such as the percentages of “Pass”, “Test”, and the number of encountered “Errors” from the top-right side sub-section: 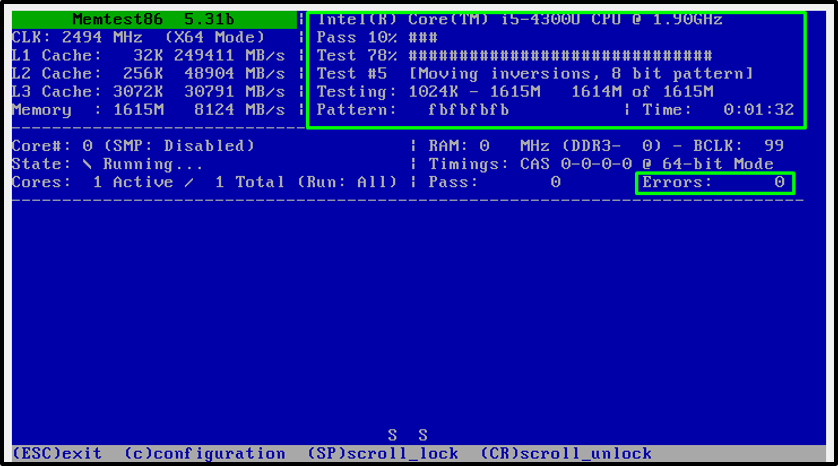 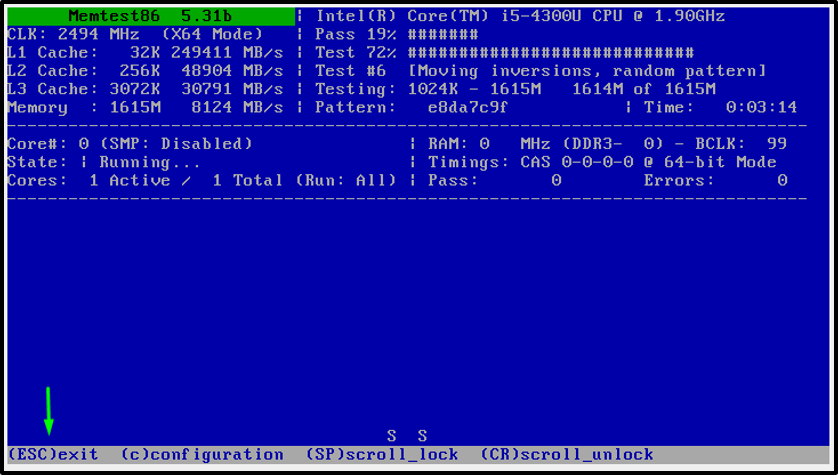 In Ubuntu 22.04 terminal, execute the following command for the uninstallation of the “memtest86+” package: 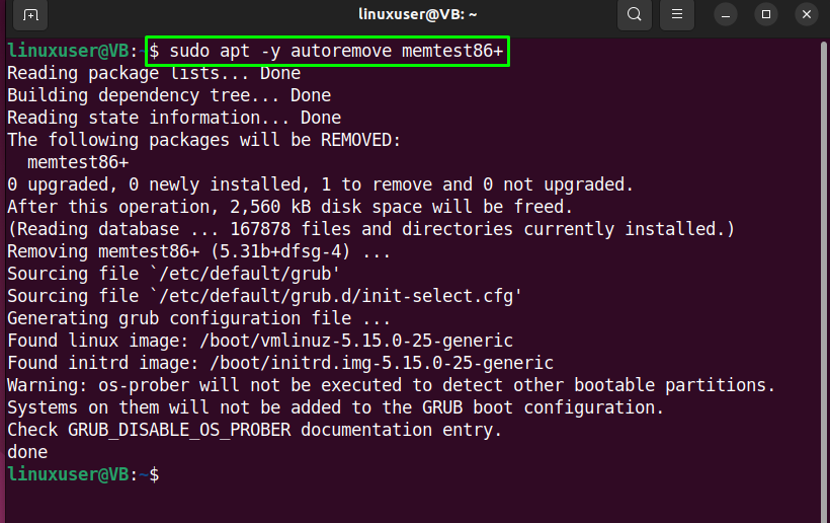 We have compiled the easiest method to install, run, and uninstall Memtest86 in Ubuntu 22.04.

For running Memtest86+ in Ubuntu 22.04, firstly update the packages and run the “$ sudo apt -y install memtest86+” command. After doing so, reboot your system and press and hold the “Shift” key to open up the GRUB menu. Then, utilize the arrow keys for selecting the “Memtest86+” option and start running the memory test. This blog demonstrated the method to install, run, and uninstall Memtest86+ in Ubuntu 22.04.