Rsync or remote synchronization is a Linux and Unix-based utility that syncs files and directories efficiently between two devices or hosts. In this synchronization process, one is the local host or the source from which we will sync the files, and the other is the remote host, where all the synchronization will occur. Rsync can sync or copy data in a couple of different ways:

Rsync is well-known for its delta algorithm deployment, which allows rsync only to copy the modifications made in the source files on the local host and the current files on the remote host.

–ignore-existing option in rysnc command forces rsync to ignore the files update already existing on the destination. This operation does not ignore the existing directories because, in that case, nothing would get done. Since this is a transfer rule rather than exclude, it does not affect the data that goes through the file lists and deletion. This option will only restrict the file transfer requested by the receiver.

Now let’s head towards the practical implementation of this form of rsync command.

Here is the syntax of the rsync command with the “–ignore-existing” option:

In the below-given example, we are syncing the file to the remote system. Therefore, “–ignore-existing” will restrict rsync to only sync the files from the local system that are not already copied to the destination.

Add your user name and host IP in the above command, and check out the output. 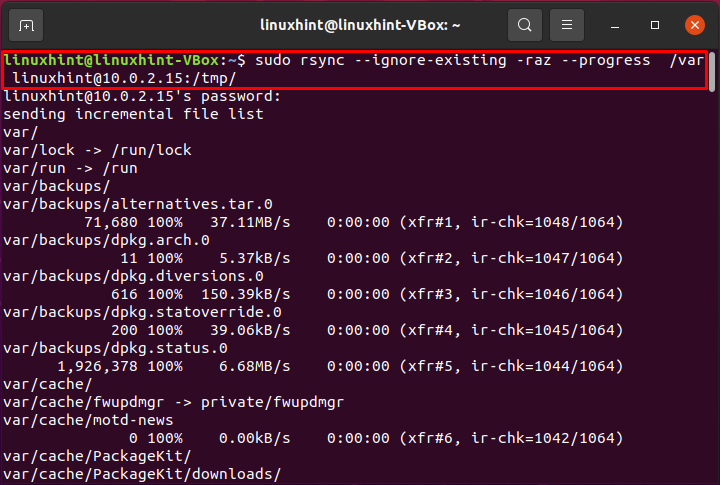 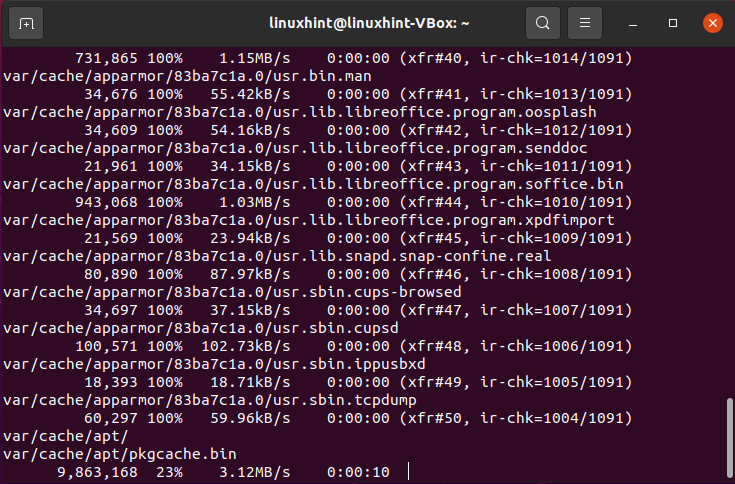 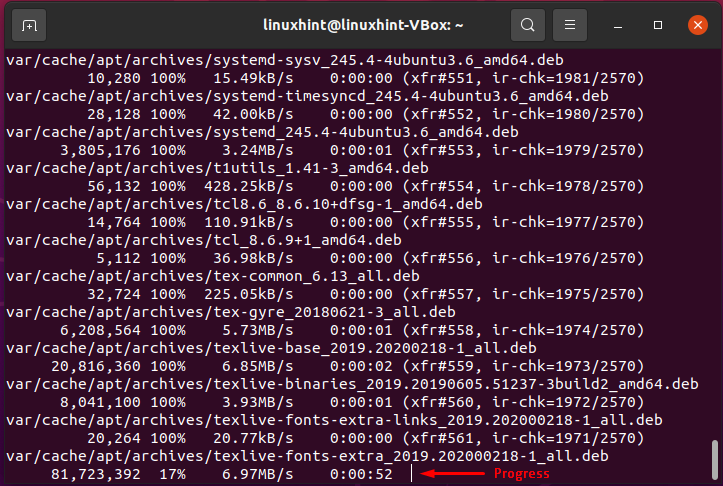 The output is also showing the progress while syncing files from the local to a remote system. Remember! This command execution will ignore the existing files present at the receiver end. 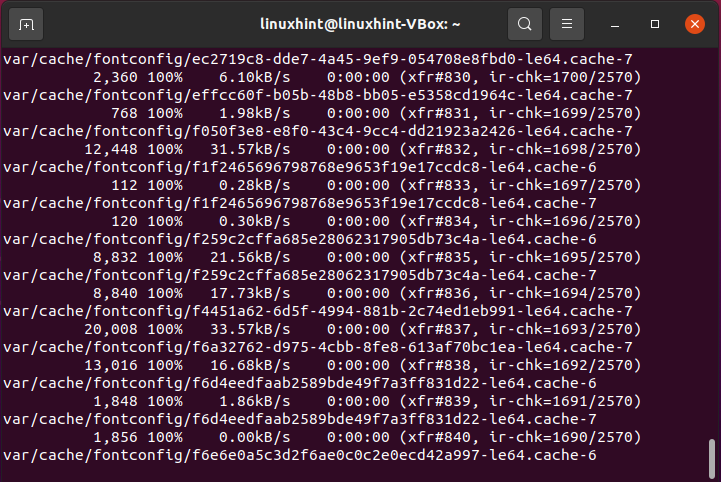 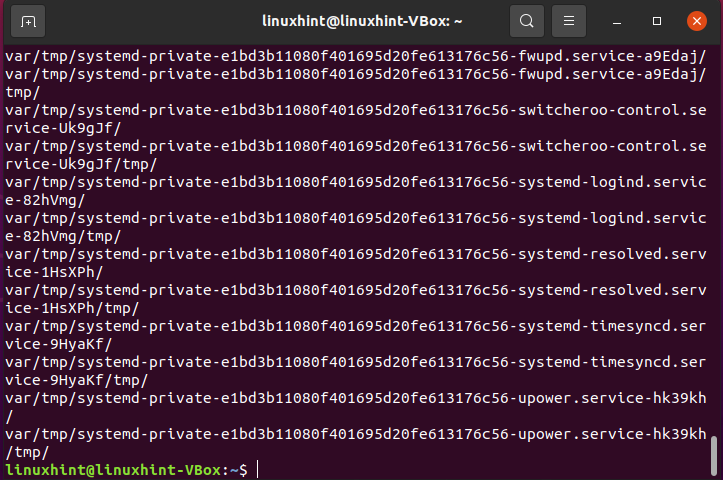 Linux users usually back up their data on remote systems. One of the most incredible benefits that anybody can get from this remote data backup is reliability. In Linux, many command-line tools are used to create backups, and the rsync command is the best one. rsync –ignore-existing command enables a user to resume an interrupted backup and ignore the destination’s existing files.