If you are searching for an open-source audio music player for Linux, then you are in the right place. There are tons of free music players available but Rhythmbox stands out because of its stability, reliability, and ability to handle tens of thousands of songs and support of plugins.

Rhythmbox is a GNOME-based music player, but it also goes pretty well with other desktop environments. Some notable features of Rhythmbox are:

Rhythmbox is now a default music player in many Linux distributions including Ubuntu. Aside from that,  it can be installed if it is not present in your distribution by default using a couple of approaches. Let’s check how to get the Latest Rhythmbox on your Ubuntu device:

The first method of installing a Rhythmbox audio player is less complex and easy. Just open the  software store from the application as shown in the image below: 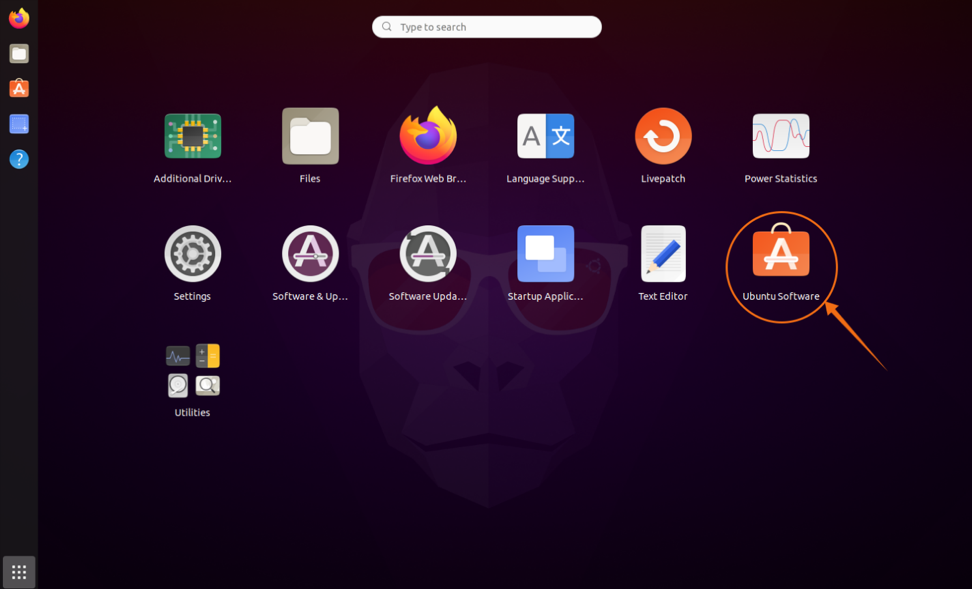 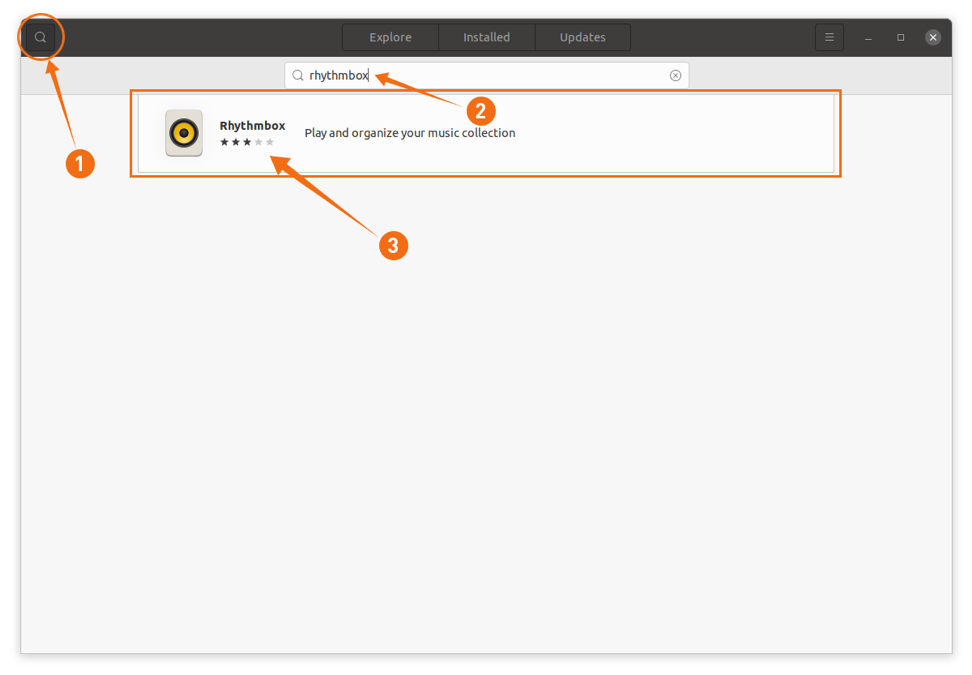 Now download it by clicking the “Install” button as shown in the following image: 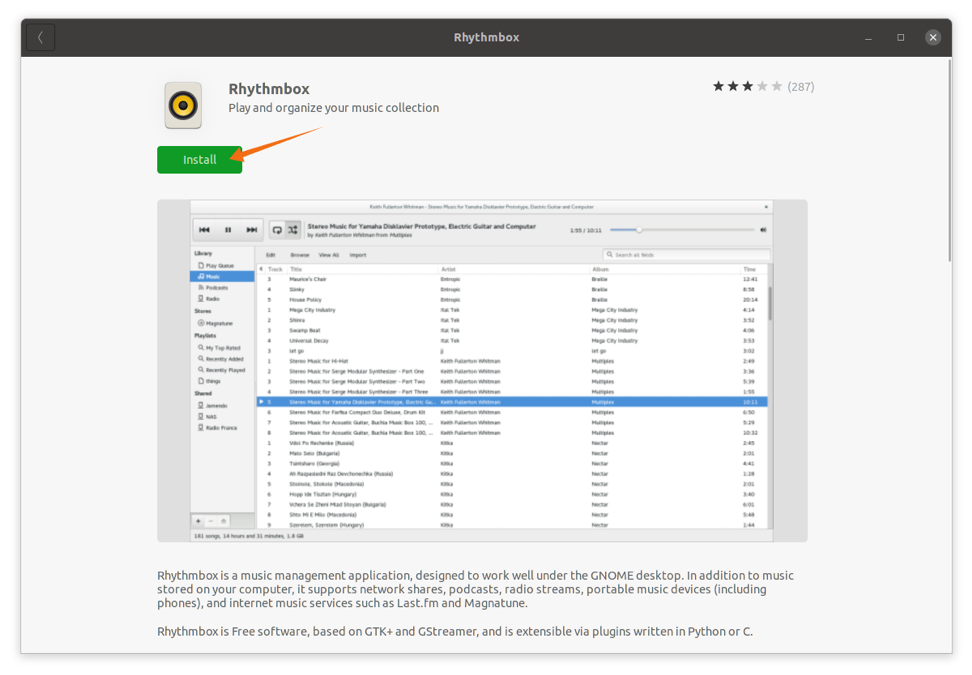 Once the downloading and installation is finished, the Rhythmbox app can now be viewed in applications: 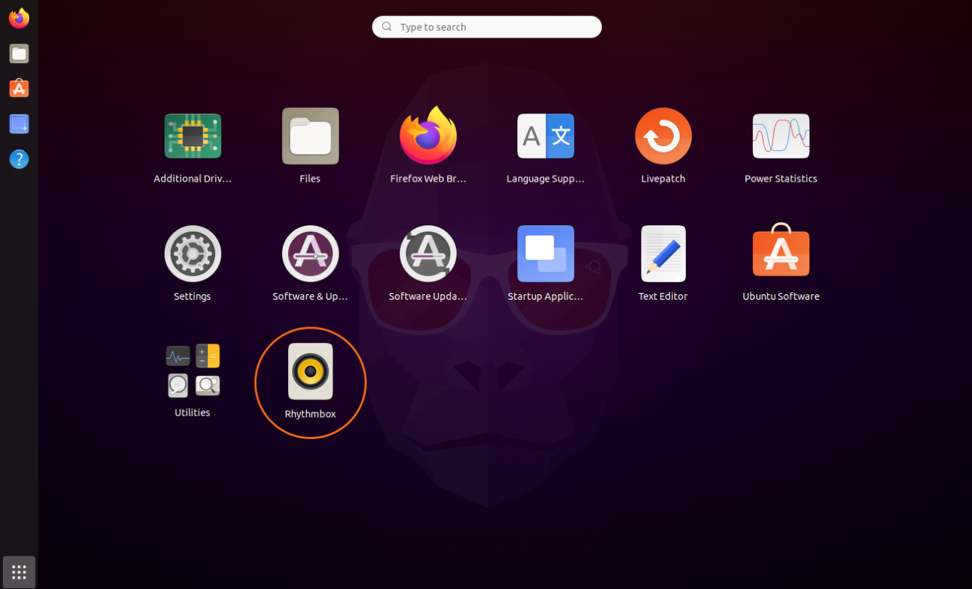 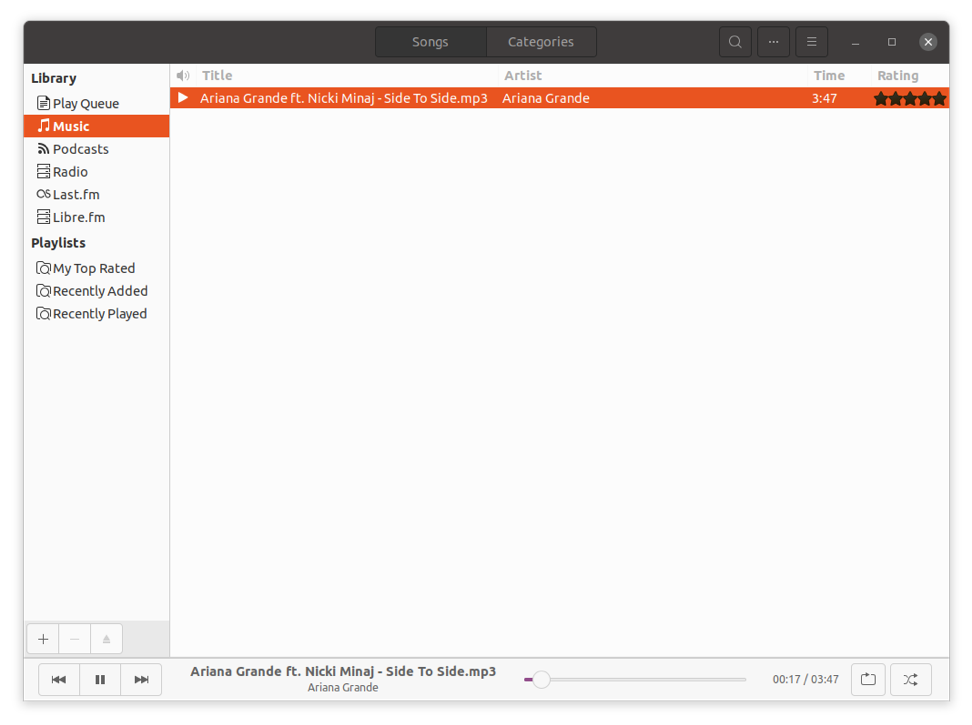 Rhythmbox audio music player is now ready to use.

In this approach, Rhythmbox will be downloaded using the terminal. Execute the below-mentioned command to download and install it: 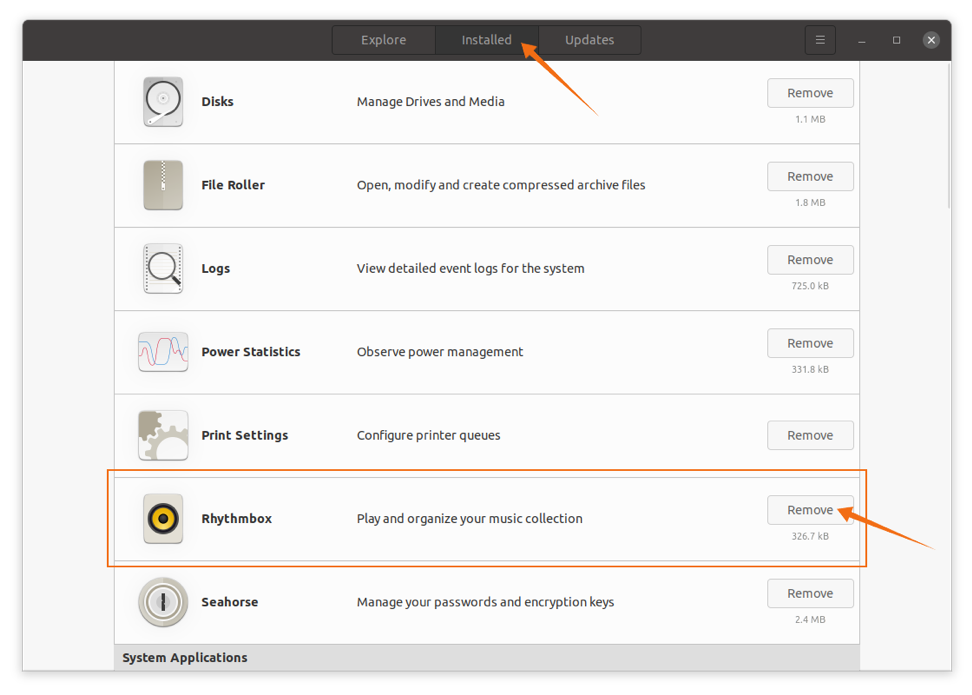 If it is installed using the terminal, then type the following command to delete Rhythmbox from your Ubuntu device:

This post focused on installing a free, very stable, and popular audio music player Rhythmbox on Ubuntu that comes with a lot of built-in features. Rhythmbox can be installed from the software center and terminal as well with quite a convenience. Finally, we saw the procedure of deleting the Rhythmbox music player from Ubuntu distribution.