Virtual Reality (VR) head-mounted devices create an environment in which the user is transported to a new and exciting virtual world. People are showing more and more interest in VR technology. According to a survey, about 0.8 million HTC VR headsets units shipped alone in 2019.

VR involves a head-mounted device in front of the eyes that provides a clear picture to each eye individually, an audio system, touch controllers, and various sensors for the detection of head movements, including magnetometers, gyroscopes, and accelerometers. These headsets are most commonly used for playing VR video games and watching 360-degree movies. These devices can also be used for other purposes, such as military training, medical training, relaxation and meditation, exercise and yoga, and classroom education. Some head-mounted devices (HMDs) also come with eye-tracking sensors.

The original HTC Vive is a head-mounted device that comes in black and sports a well-defined pock-pitted pattern. This model has a wire for connection, but after upgrading, it can be used without wire using the HTC wireless adapter. The Vive requires to be connected to a high-end gaming computer for use. The device comes with a solitary front camera, which gives the user a room view during gaming. The Vive accompanies two controllers and two base stations that function as sensors for the detection and observation of your movements in the VR play area.

The sensors in the head-mounted device receive signals from the controllers and base stations to trace your head and hand movement precisely when playing. There are three straps on the device to adjust the fit of the headset. The device uses an HDMI wire for connection with gaming computers.

The first HTC Vive was the climax of VR when it was first released. It provides a splendid VR involvement with some amazing specifications, including lenses with a resolution of 1080×1200 pixels for each eye. This model has an extensive field of view of 110 degrees, as well as a 90-Hz refresh rate.

The HTC Vive provides a high-quality sound system only if you use your headphones or head-mounted device and requires spare wires to connect to headphones. There is an integrated microphone, as well, that allows users to talk and interact with friends and others in-game. 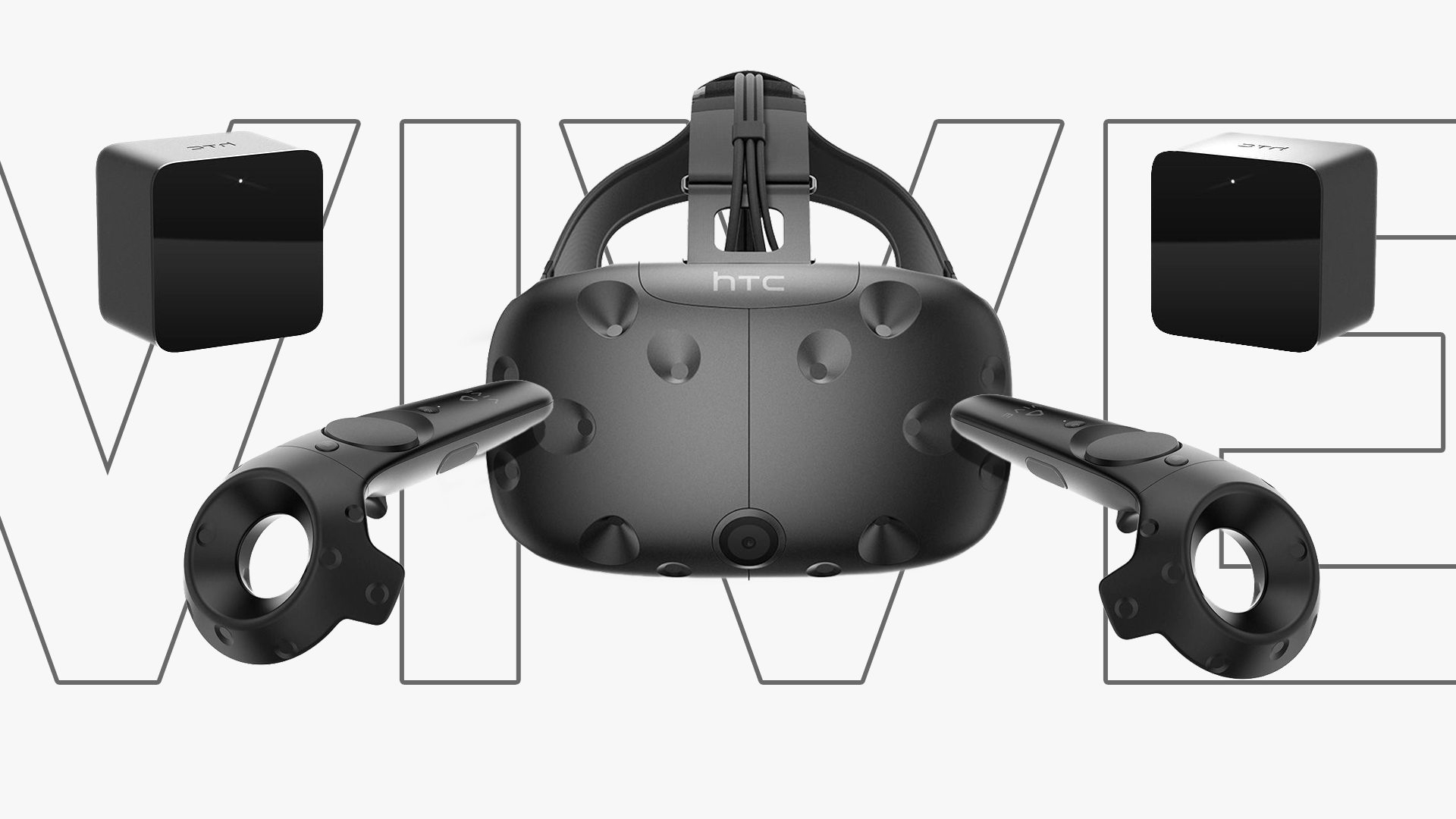 The HTC Vive Pro has noticeable changes in its design since it can be easily be recognized. The color of the HTC Vive Pro is a striking blue, comprising of two front cameras that resemble eyes on the anterior side of the head-mounted device. These cameras are used for better tracking of the virtual environment in-game. This model also sports a pock-pitted pattern, just as in the original HTC Vive. The sensors are upgraded in this model, in addition to various other features.

This device comes with the latest strap design, permitting users to adjust the headset more easily and comfortably. There is also a dial present at the backside of the headset that can be used to adjust the headset more conveniently. The HTC Vive Pro includes upgraded ergonomics for providing the stability, reducing pressure on the front side of the face. This model is a revised version of HTC Vive, which involves a face and nose pad conjunction that hinders the lighter than the previous model. This device utilizes a Display Port 1.2 to link with your gaming PC.

The HTC Vive Pro has enhanced resolution power for a better display and more vivid graphics. This headset has a resolution power of 1400×1600 for each eye, and 2800×1600 overall resolution. The FOV is 110 degrees, and the display refreshing rate is 90 Hz. This resolution enhances image clarity and makes the experience more lifelike for users. In-game characters and objects seem more composed and realistic due to the improved resolution of this device.

The HTC Vive Pro also comes with integrated earphones. The earphones on this device resemble the Deluxe Audio Strap with improved features, including first-rate earphones with a fixed amplifier to produce superior sound quality. This device requires only a single wire to connect to the link box, which is connected to your computer so that fewer wires are necessary to link up your gaming setup. The earphones can be pressed down if needed and clicked up for removing them when you no longer need them. This model also comes with volume buttons to control the volume and an integrated microphone mute button to mute the volume. This makes the device more convenient and accessible for users. 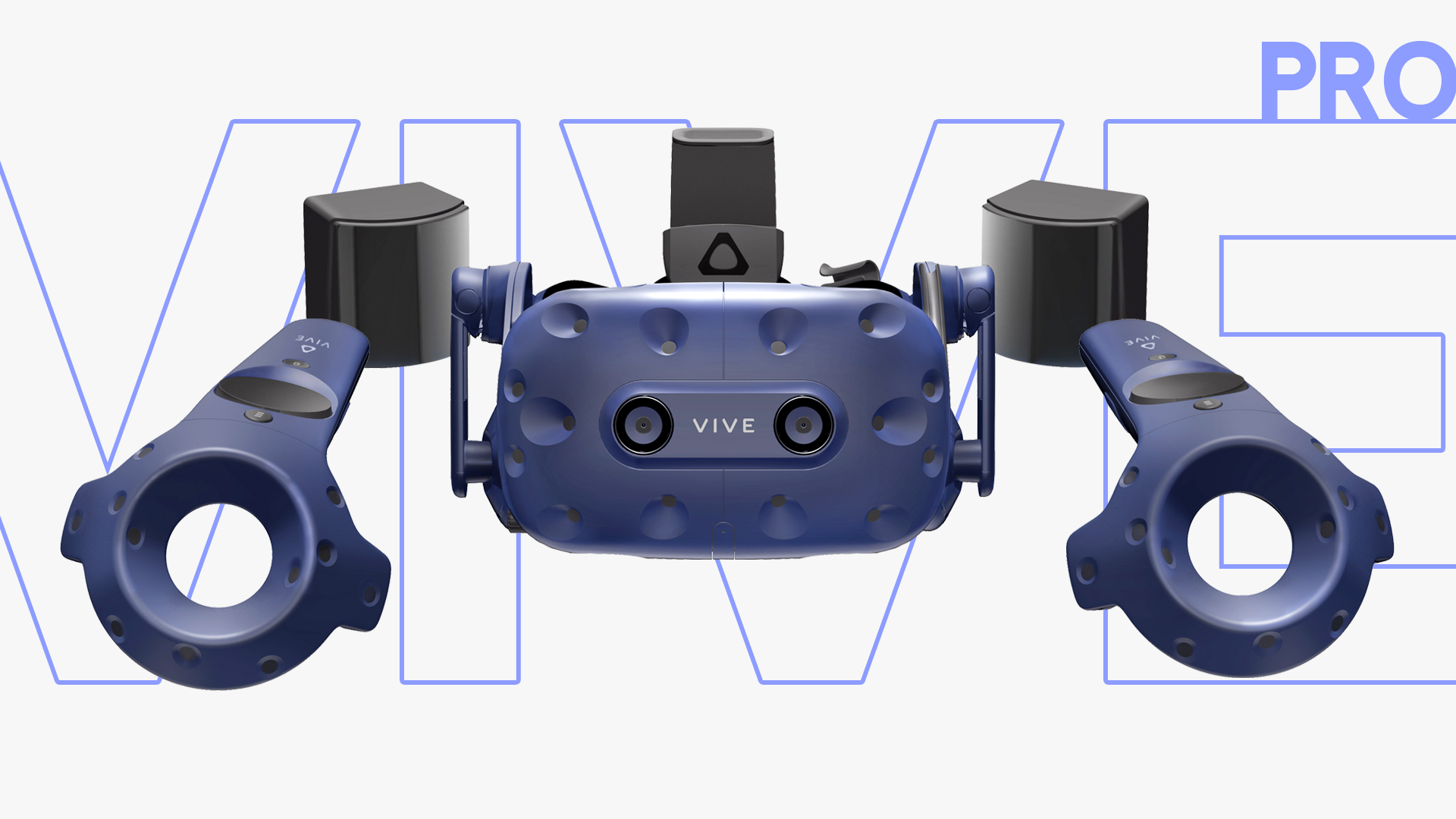 The HTC Vive Pro Eye is the latest model on the list. This is an amazing head-mounted device focused on the most efficient and competent users. This model is a move towards a big business utilized for Vive gadgets. This model boasts a comparative design to the HTC Vive Pro, but it appears particularly attractive due to the presence of two rings surrounding the two front cameras. This headset features interior technology; however, it also highlights eye-tracking innovation. LED sensors are present encircling the lenses, tracking and observing the movement of your eyes when looking around the virtual environment. The device also comes with headphones, an adaptable Velcro belt, and an eye comfort system to ensure that you feel comfortable while playing.

With 615 ppi, the resolution power of this device is supposed to be 78% greater than in previous models. Otherwise, there is no modification in the display resolution of this headset. This model offers the same resolution as the HTC Vive Pro, as well as the same refreshing rate, i.e., 90 Hz and 110-degree FOV, respectively. The key difference between the Vive Pro Eye and the Vive Pro is the eye-tracking feature. In fact, eye tracking is the key quality of this headset. 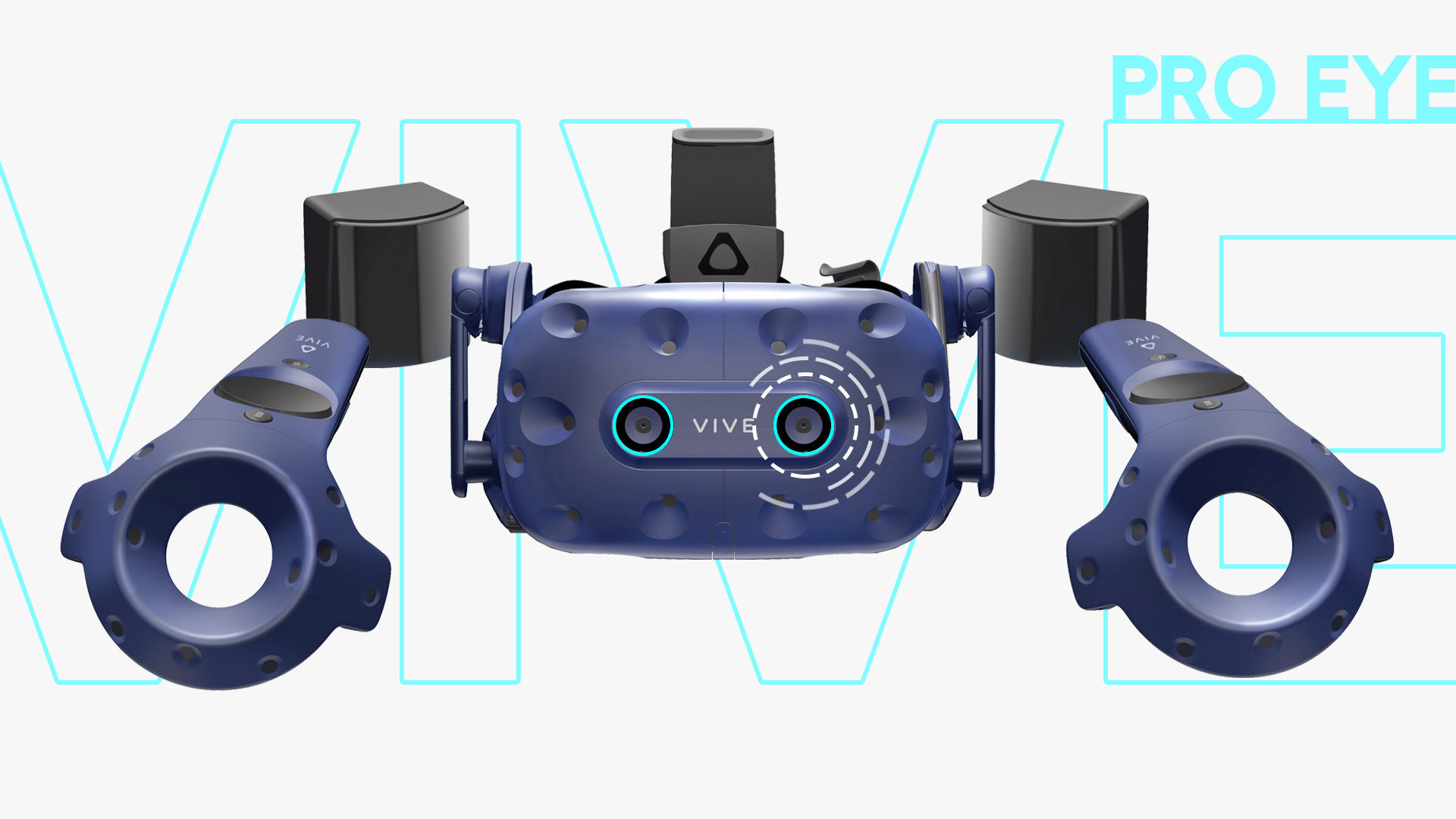 The HTC Vive Cosmos is a recent addition to the high-quality computer-based VR systems in the Vive line. Although it needs a computer to get started, the Vive Cosmos is unique compared to other HTC head-mounted devices, because it is intended to work in the absence of exterior sensors. Base stations are absent in this model.

The Vive Cosmos consists of six sensor cameras integrated inside the head-mounted device. These sensors trace the motion of the controllers. This device also includes a flip upwards option that allows users to move the VR headset up and down rapidly and effectively.

This device is a user-friendly headset. This model has a balanced weight distribution all around the user’s head, and its size is easily adjustable. The Vive Cosmos is made of a permeable material, ensuring that the headset remains comfortable during gameplay.

This model also comes with built-in headphones, providing unparalleled 3D space-based sound potential. It comprises of the latest controllers, with a brand-new design. Elevated curves on the controllers assist the device in motion detection. These innovative VR controllers are intended to look great, in addition to making it simpler for tracking sensors to detect controller actions.

This device comes with a double 3.4-inch LCD screen with a display of 140×1700 pixels for each eye. That is a somewhat improved resolution compared to previous HTC devices. This model has an overall 88% improved resolution from the first HTC Vive. The latest LCD board assists in reducing the screen-door effect and provides upgrades to VR visualizations. Other than that, this head-mounted device has a similar refreshing speed and field of view to previous devices in the Vive line.

The HTC Vive Cosmos provides an extraordinary experience with built-in earphones that guarantees realistic 3D spatial sound. These earphones resemble those in the first HTC Vive, with a Deluxe Audio Head strap update, providing a simple and user-friendly experience. 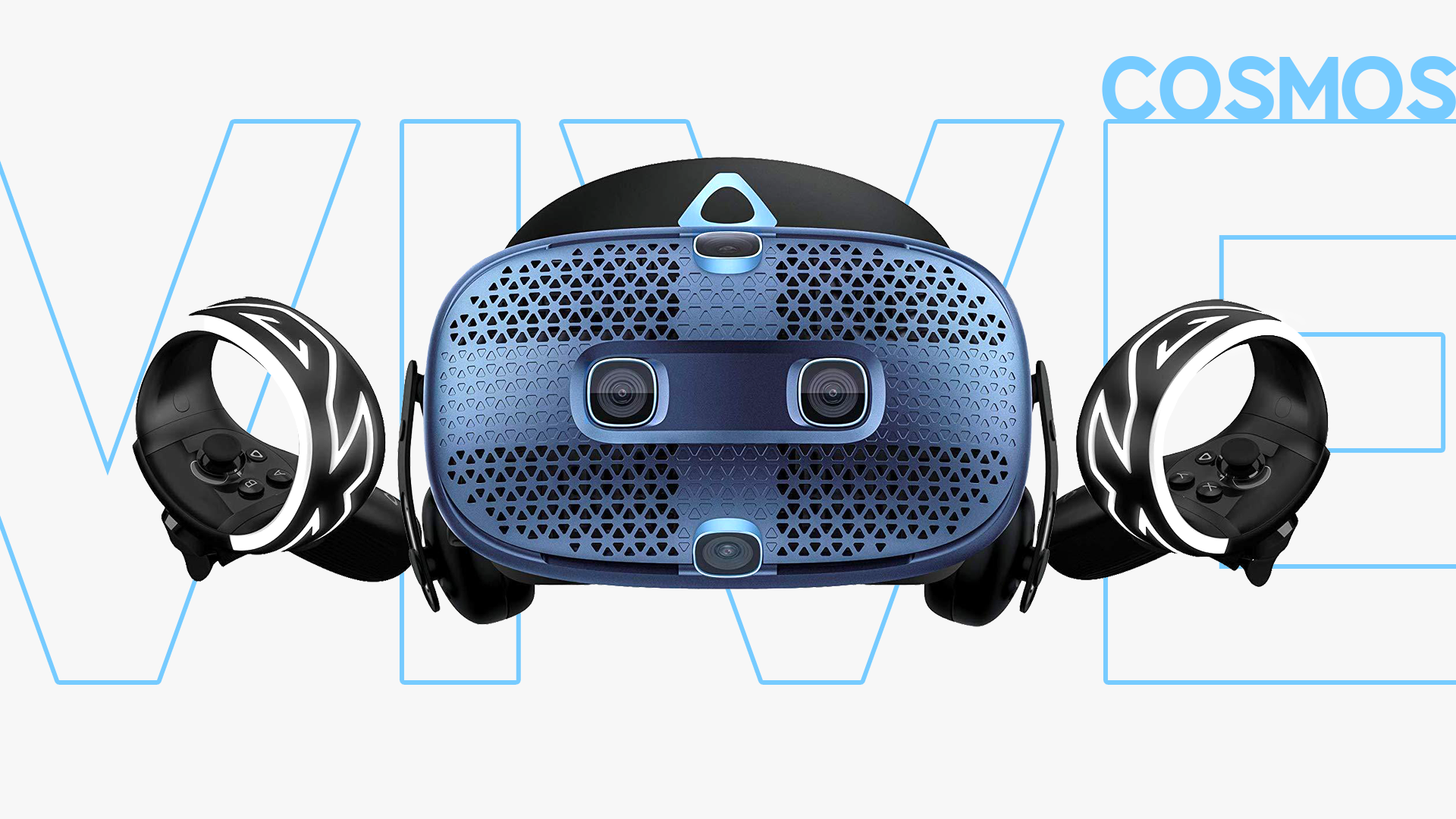 Virtual Reality headsets are becoming more advanced day by day, with more enhanced features in each successive model released. People are enjoying virtual worlds with better-quality headsets, as there is now a wide range of headsets to choose from. HTC provides a unique series of headsets with various specifications. Every new model is a better version of the previous one. Thus, HTC is one of the pioneers of virtual reality headsets, though they are a bit expensive.

VR technology is on the rise. The market for VR headsets has been down in 2020 because of the COVID-19 pandemic, which disrupted the supply chain.  But, according to the International Data Corporation (IDC), the industry is expected to grow in the next couple of years. In particular, HTC is expecting to see a massive increase in product shipments in 2021. With each passing day, VR technology is getting more and more advanced, particularly in the world of gaming, so it is necessary to keep up with the latest technology to have the most recent advances!