Git is a decentralized system that helps individuals and teams to track and save changes made in the entire project. Multiple members often work on the same project files; they make changes and commit them to the Git repository. Sometimes Git users want to undo changes that they made. This operation can be performed using the “$ git revert <commit-ref>” command.

This write-up will explain the procedure of reverting a file to a recent commit in Git.

How to Revert a File to a Previous Commit in Git?

Suppose you have created a new file in the Git repository and updated it. After that, you commit changes with a message and save it to the repository. Now, you want to revert a file to the most recent commit in Git. To do so, check log history, copy the reference of the commit which you want to revert, and execute the “$ git revert <commit>” command with reference.

To understand the procedure of reverting a file to a previous commit in Git, check out the provided example.

Launch the “Git Bash” terminal with the help of the “Startup” menu: 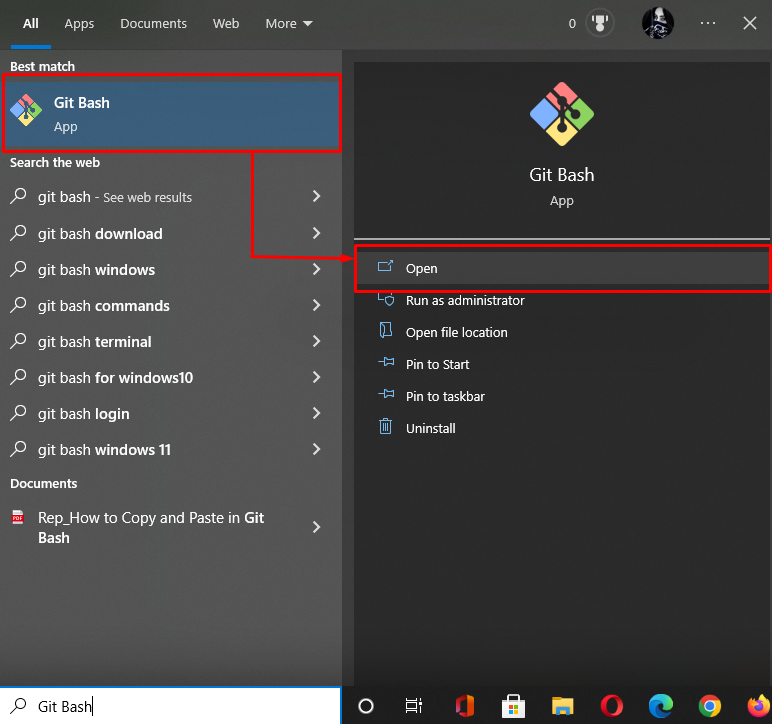 Move to the Git directory using the “Git” command:

Here, “Git” is our directory name:

Navigate to the newly created “linux” directory by utilizing the “cd” command:

Initialize the Git directory with the help of the provided command:

Now, run the “touch” command to create a new file:

Next, add the newly created file to the Git repository:

To commit changes, run the “git commit” command with “-m” flag to specify a commit message:

Now, check the log history of the current Git directory:

Here, the “–oneline” option is used to display the one commit per line. According to the below output, directory HEAD is pointing to the most recent commit ref “3b070f5”:

Open up the file using the “$ start” command for editing:

As you can see, our “documentation.txt” is opened in the default editor in which we will add some text: 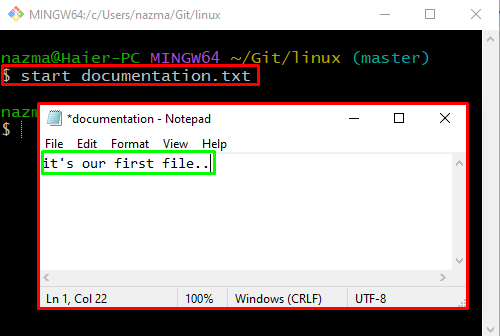 After editing the file, click on the “File” option from the menu bar and hit the “Save” option: 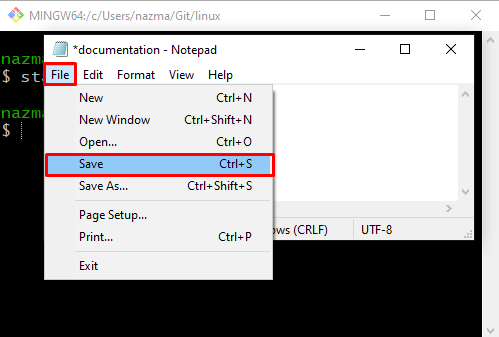 Now, commit all changes to the Git directory for storing purposes:

Above command will display the commit history of the directory from where you can copy the reference of the most recent commit: 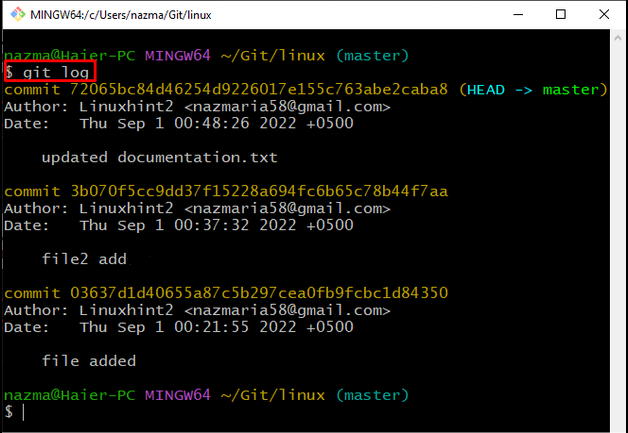 Add any text, press “CTRL + S” to save it, and then exit the default editor: 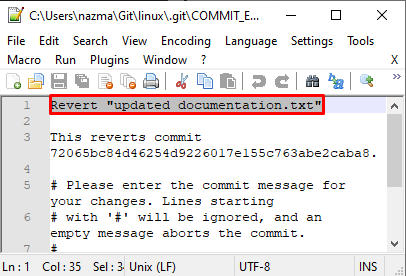 Below output indicates that our file “documentation.txt” is reverted successfully to previous commit:

We have briefly explained the easiest method of reverting a file to a previous commit in Git.

To revert a file to a previous commit in Git, open the Git terminal, navigate to the Git repository, and create a new directory. Then, initialize it, create, and add new files to it. Update files and commit changes. Next, check the log history of the Git repository and copy the reference of the commit which we want to revert back and execute the “$ git revert <commit-ref>”. This write-up elaborated on the procedure of reverting a file to a recent commit in Git.