Git provides multiple functionalities for performing different operations, such as creating files, folders, and branches and then track them to the staging area from the working directory. These tracked changes can be saved in the repositories. Additionally, users are permitted to revert the added changes whenever they are required through several commands, and the “$ git reset <sha-hash&gt;” command is one of them.

This blog explains the method to revert a commit by a SHA Hash in Git.

How to Switch Back/Revert to a Commit by an SHA Hash in Git?

For the purpose of reverting to a commit through the SHA hash in Git, we will first create and track files, then perform the reverting operation. To do so, first, move to the Git root directory. Then, create a new Git local repository and navigate to it. Next, create a new file in the newly created repository and track it to the staging area from the working directory. After that, update the repository and view the reference log history. Copy the commit SHA hash and execute the “$ git reset <sha-hash>” command.

Let’s move ahead and understand the above-discussed procedure through the implementation!

Step 1: Move to Root Directory
First of all, execute the “cd” command and navigate to the Git root directory:

Step 5: Add Newly Created File to Staging Area
After creating a new text file in the working directory, run the “git add” command to track it in the staging area:

Step 6: Update Changes
Now, update the repository through committing and save in it, run the “git commit” command along with the “-m” option to add the desired commit message:

As you can see, the recently created file is placed in the staging area and is ready to commit to the repository:

Step 10: Commit Changes
Run the “git commit” command to commit the staged file into the repository:

From the below-listed output, we will copy the SHA hash of the desired commit to which we want to revert: 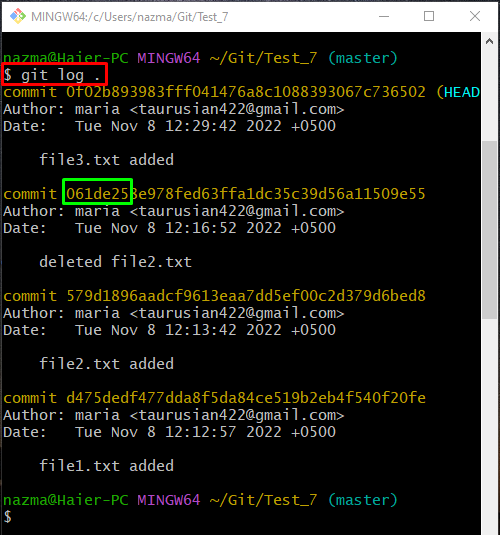 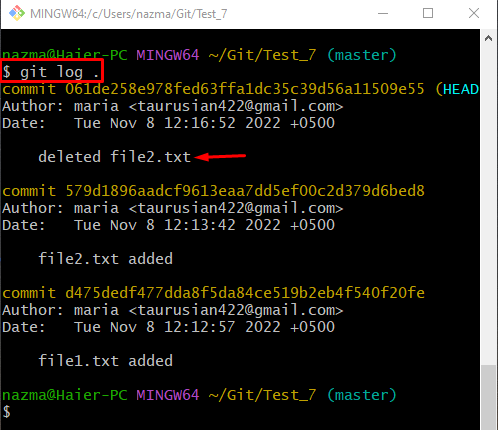 That’s all! We have explained the method to commit by an SHA Hash in Git.

To revert to a commit through the SHA hash in Git, first, navigate to the Git root directory and create a new local repository. Then, navigate to the newly created repository, create, and add a new text file. Next, commit changes and check the reference log history. Copy the commit SHA hash and run the “$ git reset <sha-hash>” command. This blog described the procedure to commit by an SHA Hash in Git.