Method 1: How to restart network on Ubuntu 22.04 using GUI

If you prefer using the GUI over the command line, then this method is suitable for you.

Step 1: Open Menu
Firstly, switch to your Ubuntu 22.04 desktop screen and click on the top right corner where you see the network icon. A pop-up menu will appear in which you will see the “Wired Connected” option: 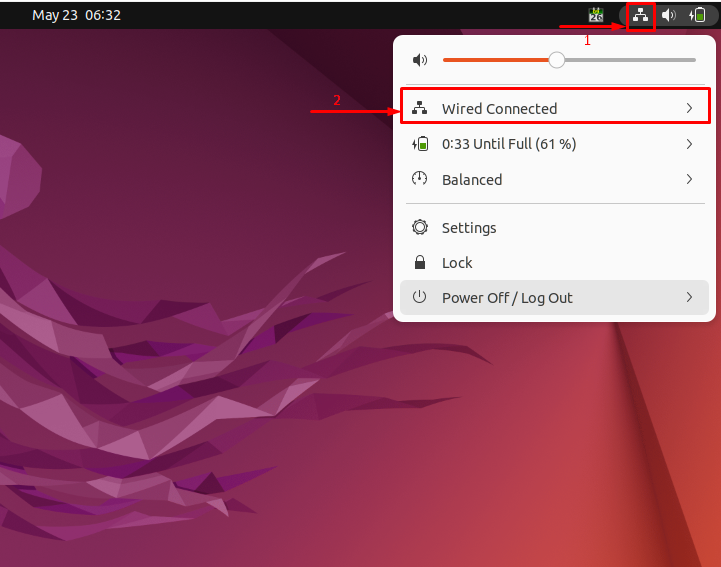 Step 2: Press Turn Off
When you click this option, another option labeled “Turn Off” will appear. By pressing it, the network connection will turn off: 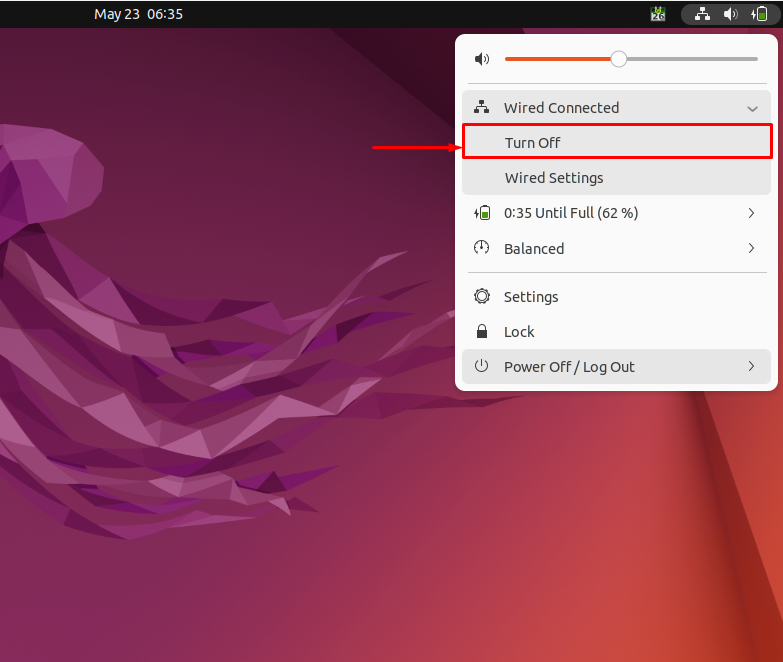 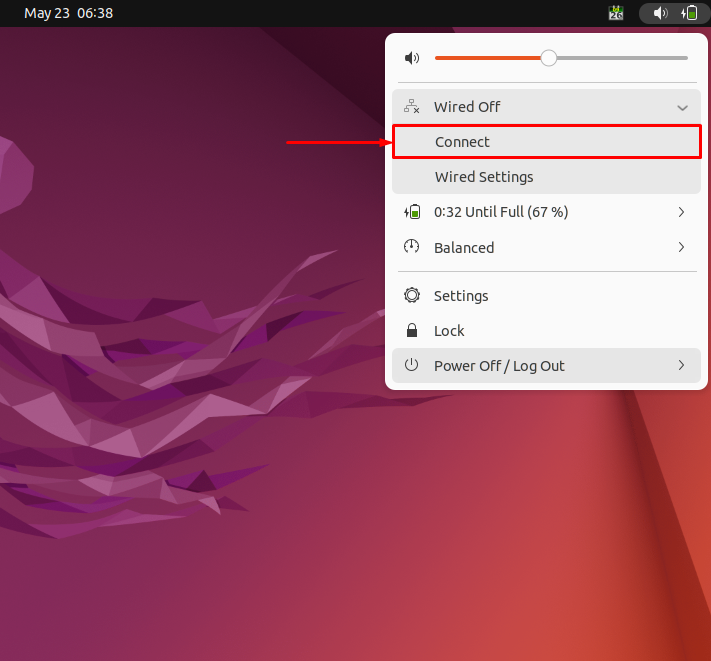 The network will be restarted within a few seconds: 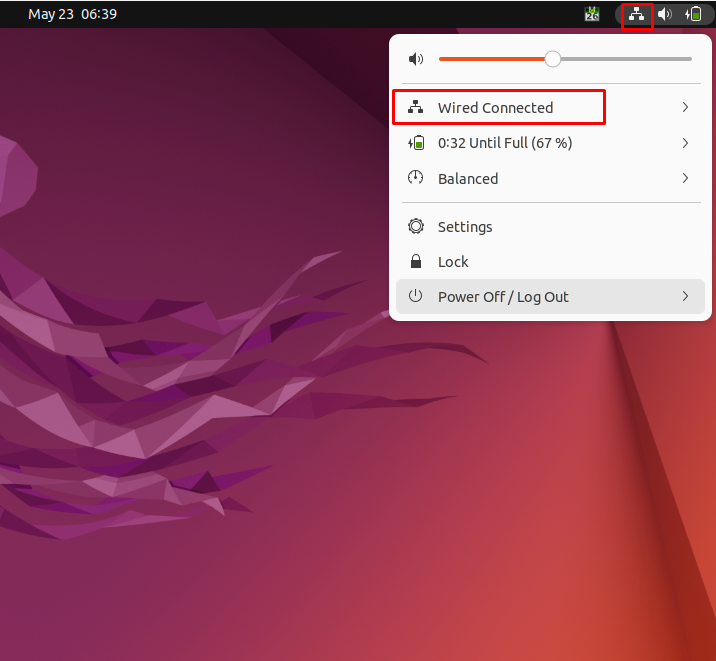 Method 2: How to restart network on Ubuntu 22.04 using ip Command

This method utilizes the command terminal to turn the network on and off and restarts an individual interface.

Step 1: List All Interfaces
Before restarting your network, first of all, press “CTRL+ALT+T” to open up the Ubuntu 22.04 terminal and then run the “ip” command while specifying the network interface name as follows:

Step 2: Restart network interface
Now, execute the following commands to first turn off and then turn on your network connection. In our case, we will restart the “enp0s3” network interface:

The network has been restarted.

This method restarts the complete network rather than just an individual interface.

Step 1: Check Status
First of all, press “CTRL+ALT+T” to open up the terminal and use the following “nmcli” command to check the device status:

Step 2: Restart Network
Now, simply utilize the “nmcli” commands below on the terminal to turn the network on and off:

For the purpose of restarting the network on Ubuntu 22.04, either restart it using GUI from the wired settings or use the ip, or the nmcli command. When using the ip command, first bring the network down using the command “$ sudo ip link set enp0s3 down” and then bring it back up using the “$ sudo ip link set enp0s3 up” command. Meanwhile, to turn the network on and off through the nmcli method, use the “$ sudo nmcli networking off” and “$ sudo nmcli networking on” commands.