Nslookup is widely used to resolve the hostname to an IP address. In order to use this command for an IP lookup, use the following syntax: 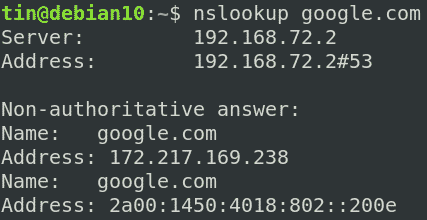 Another command-line utility “host” can be used to find IP address against any hostname/domain name. In order to use this command, use the following syntax:

Bash script to resolve a hostname to an IP address

In order to use the bash script for an IP lookup, follow the below steps: