While working on different operating system platforms, we encountered a bundle of errors, i.e., performing some coding or installation. When we work in bash, we may encounter hundreds of bash related-errors. You could believe there is a permissions problem and attempt executing the chmod 777 instruction to give the bash script file all rights, but it will not solve the problem. It Is initiated by the carriage return “M”. The line feed symbol is used in Linux to indicate the finish of a line; meanwhile, the two-character combination CR LF is used in Windows. Your document has Windows line ends, which causes Linux to be perplexed. Let’s see the solutions for it.
$ /bin/bash^M: bad interpreter: No such file or directory

In this tutorial, we will look at how to fix the problem that occurs while running bash or.sh file on a Linux environment. The poor interpreter is another name for this error. You might believe this is a permissions constraint and try using the chmod +x command to grant the shell script file all the required privileges, but this will not resolve the issue. The script specifies that it would be run using the “/bin/bash^M” shell. There is no such file; instead, “/bin/bash” is used. The “^M” character stands for carriage return.

The line feeding character is often used in Linux to indicate the ending of a line, whereas the two-character sequence CR/LF is often used in Windows-like operating systems. The file contains Windows line endings markers, which causes Linux to be perplexed. In a bash script file, how can I see CR or LF encoding characters? You may also view the line end characters as LFCR or LFCR by View → Show Symbol → Show End of Line. An example of a file with CR or LF characters is shown below:

The above and below displays are not available in the basic notepad editor; instead, you must install Notepad++, an advanced version of notepad. To fix the error in the Windows operating system, open the bash script file in the Notepad++ editor and then go to the preferences tab via the settings menu as below. Close the window after choosing Unix/OSX as the format. Afterwards, save and close the file. 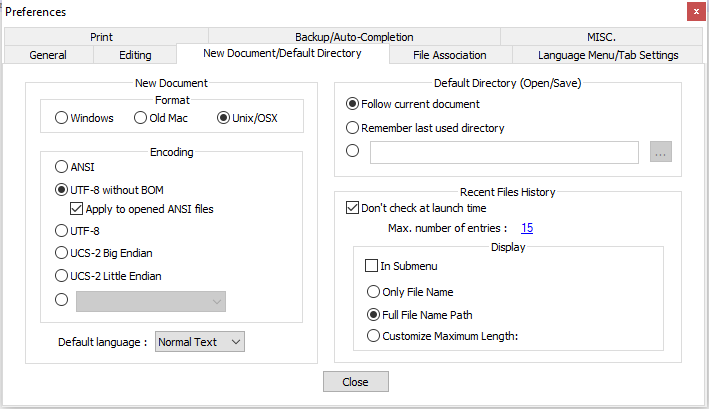 In UNIX, the SED command accounts for a line-by-line editor, and it can perform a wide range of file procedures such as scanning or searching, finding and replacing, inserting, and deleting. The SED command is most commonly used in UNIX and Linux-like operating systems for substituting or finding and replacing. Delete the CR characters that aren’t supposed to be there. You can use (sed) the command below in the image to accomplish this task:

Dos2Unix is a Programme that converts DOS to UNIX. To resolve the shell script for the Unix-Linux like operating systems, install the dos2unix utility and then run the dos2unix command given below:

If you get the command not found error, first install the dos2unix utility by running the command below from a Linux command line shell:

You can use the unix2dos command to convert the file back to DOS format.

You may install it on macOS operating system using Homebrew as follows:

Then do the execute the below command to convert the file in dos format to UNIX format:

What Is The Purpose Of The Command dos2unix

DOS2UNIX is a utility that translates DOS line endings CR (carriage return) +LF (line feed) to UNIX line encodings in text files LF (line feed). It can also convert between UTF-16 and UTF-8 characters. You can translate from UNIX to DOS while utilizing the unix2dos command. Expectantly, this will resolve the problem you were having.

If you don’t have the DOS2UNIX Utility installed on your LINUX operating system, you might use the VIM editor to transform your shell script’s format to UNIX. Use the succeeding instruction to open the file in VIM Editor:

Then, using the commands below, all changes are saved and close the file in the editor, write the file, and close it. Now you’re done. You can convert the format of your shell script to UNIX through any of the approaches described previously. We hope the above information helped resolve your problem. 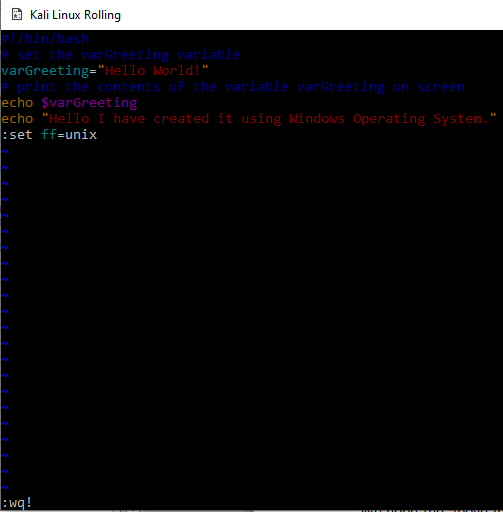 This is all about the use of simple methods to resolve the issue “bin/bash^M: bad interpreter: No such file or directory”. All the examples used here are simple and easy to implement. We hope that you like it and learn more from it.