We can rename files in Linux terminal using different approaches, one of the approaches is using Python which is discussed in this article. We cannot write Python code directly on the terminal, we create a separate file in a text editor. The “rename” is one of the operating system functions so we will use a Python OS module for this purpose.

To rename file using Python OS module follow the procedure given below:

Now follow the procedure below to change the name of file using Python OS module:

Creating Python File : First you need to create a Python file using nano, for instance I am creating Python_file.py file by below mentioned command:

You can set the filename of your choice.

The “import os” is used to import the OS module in the program. 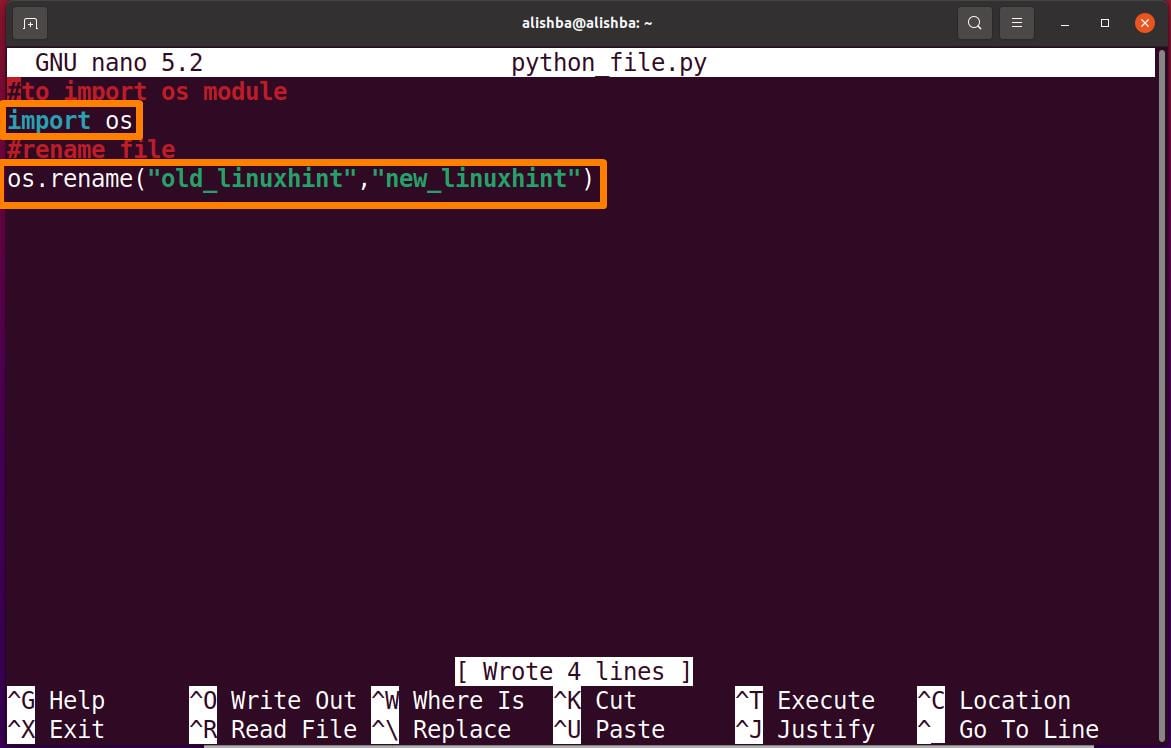 Press “ctrl+s” to save the file and “ctrl+x” to exit the file.

Now to execute the file run the below mentioned command, I am using Python3 to execute Python_file.py as Python3 is pre installed in Ubuntu system:

And ls command is used to list the files of directory to check whether the file to be renamed exists or not:

Now to verify that file is renamed or not, again list the files of current working directory:

To rename file in Directory apart from Current Directory: Below mentioned “os.rename()” function syntax will be used to rename file: 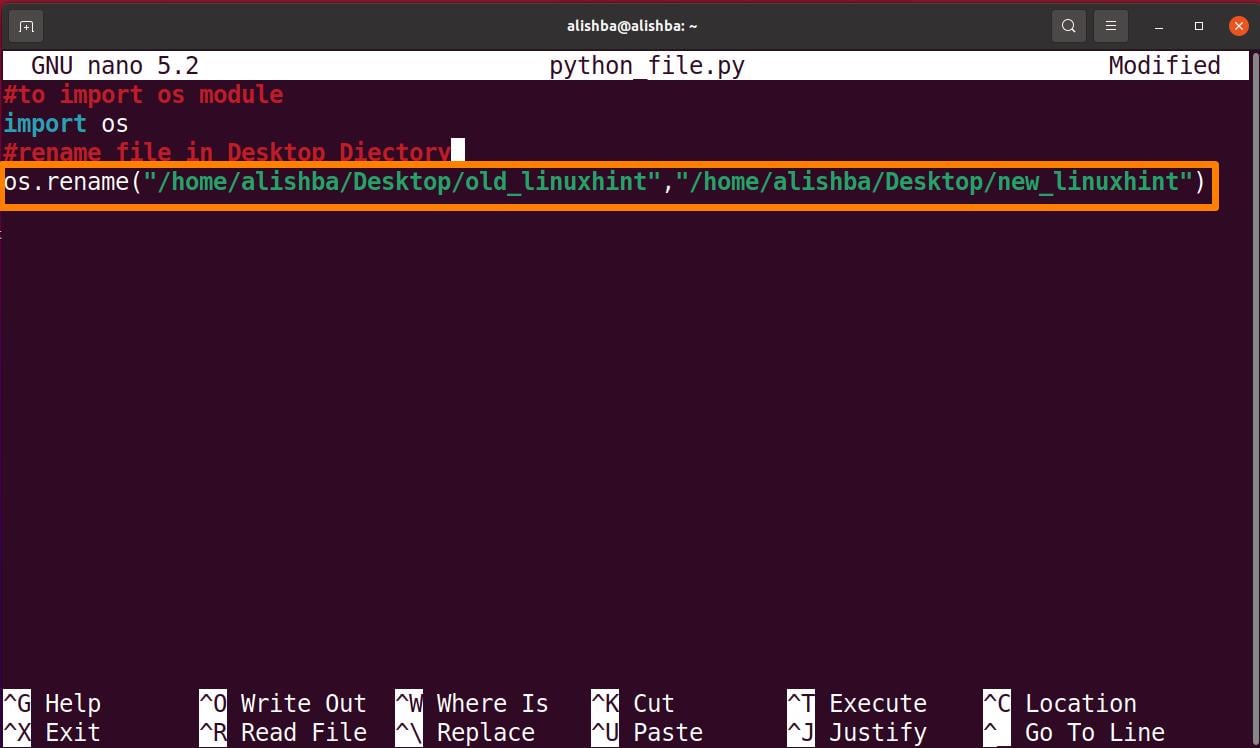 Press “ctrl+s” to save the file and “ctrl+x” to exit the file.

Use ls command to list the files of Desktop directory to check whether the file to be renamed exists or not:

Now to verify that file is renamed or not, again list the files of Desktop directory:

To rename multiple files: We can also change the name of multiple files at a time. For instance, I have three files in my Desktop directory as file1, file2, file3 and I want to add the prefix of “linuxhint_” to all of the three filenames, then run the below mentioned code in “Python_file.py”.

You can modify the command according to your requirements; you can choose the filenames and directory in which they exist of your choice: 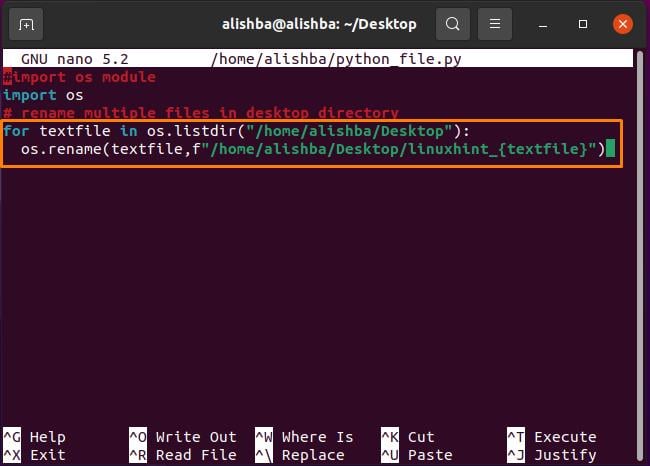 We will use the “listdir()” function in “for loop” to get files one by one and then rename them using the os.rename function. The f string function of Python in above given code is used to change the name of each file in the desktop to “/home/alishba/linuxhint_{old filename}”. Here we are using “textfile” as loop variable for old filename. which will get each file of directory. Press “Ctrl+s” to save the file and “Ctrl+x” to exit the file.

Firstly, list the files of Desktop to check existence of files and then execute the file to rename files:

Now again list the files of Desktop to verify that files are renamed properly:

In the above picture we can clearly see that all files of the Desktop directory are renamed.