In Linux and Unix-like systems, we are always amazed to see several ways for a single operation. Whether to install something or to perform through the command-line, you will get multiple utilities and commands.

Even if you want to move, copy or rename a directory, it is quite handy to perform these functions with commands; you don’t need to install any specific tool.

In Linux distributions, everything is in the form of directories. So, it is good to keep all of them in a structured way. Sometimes, we need to create temporary folders to save data and later on, to keep them permanently, we have to rename those directories.

So, let’s check how we can do use the “mv” command and “rename” command:

How to Rename a Folder Through “mv” Command

To rename a folder through the “mv” command is the simplest way you have ever seen.

Create a directory in the terminal named “temp”:

To move the “temp” directory, make another directory with the name “temp 2”:

You can see in the home directory, two directories with the given names are created: 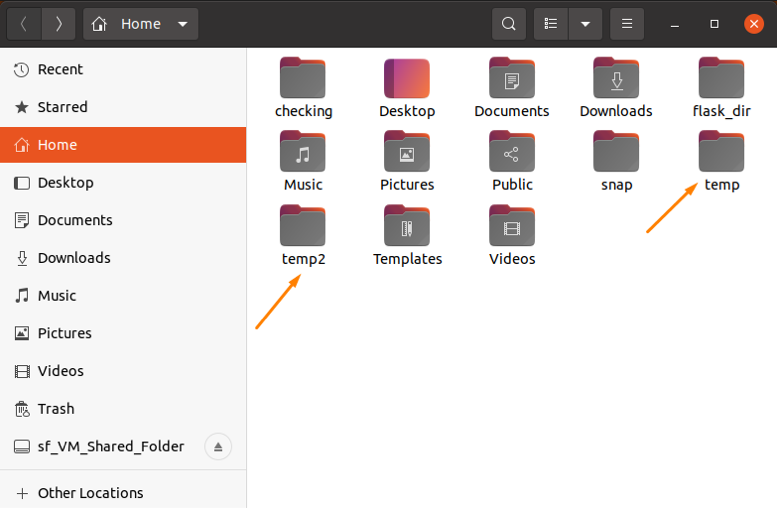 Now, move the “temp” to the “temp2” directory using the “mv” command: 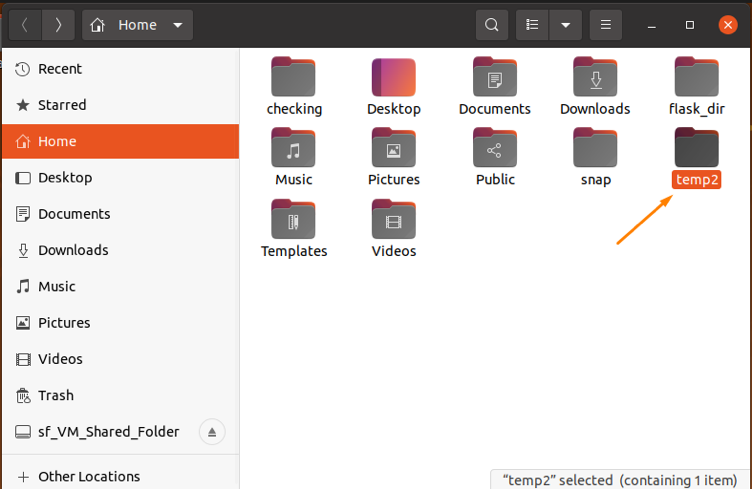 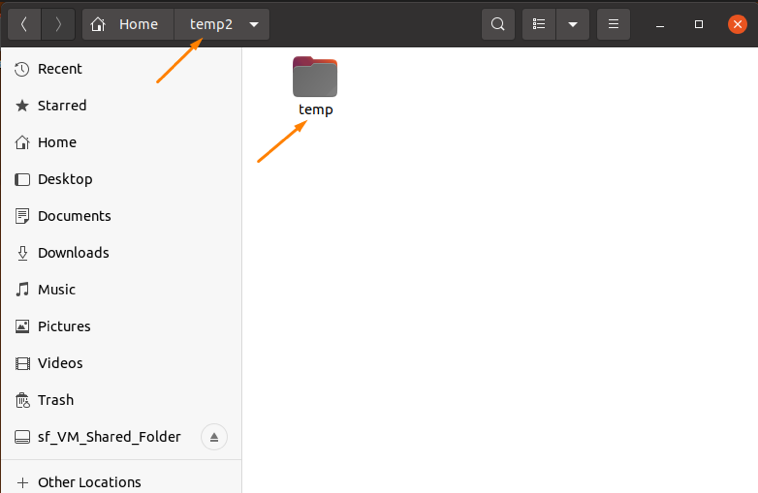 After moving, use the “mv” command again to rename a “temp2” directory:

So, the temp2 directory has been renamed successfully to the “new_Dir” directory: 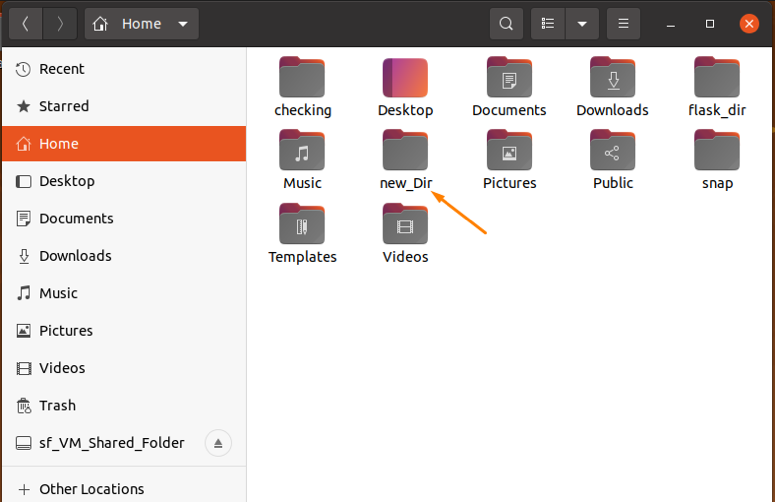 To activate a “new_Dir” folder in the terminal, use the “cd” command:

Now, to display the list of files present in the “new_Dir” folder, type the “ls” command:

How to Rename a Folder Through “rename” Command

The “rename” command is a built-in tool in most Linux distributions that helps to rename folders and directories. It uses regular expressions to perform functions.

If it is not present in your system. Use the following command:

The syntax used for the “rename” command is:

Consider the given examples to check if it’s working:

Example 1:
To rename the directories from lowercase to uppercase, run the ls command to display directories in the desktop directory:

Use the rename command with the following expressions to change letter case:

To confirm it, type “ls” again:

Example 2:
To rename the text files present in the desktop directory as pdf files, run the command:

Type the “ls” command to display the output:

You can also rename a directory through GUI by simply right click on the desired folder and navigate to the “rename” option: 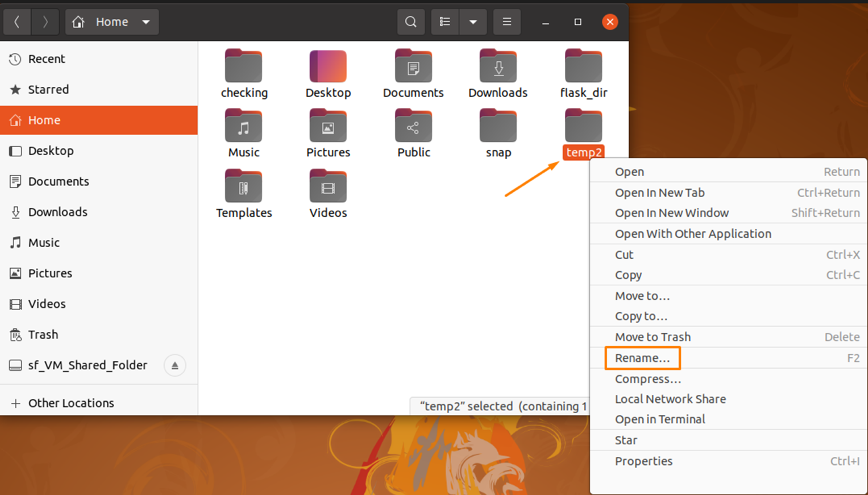 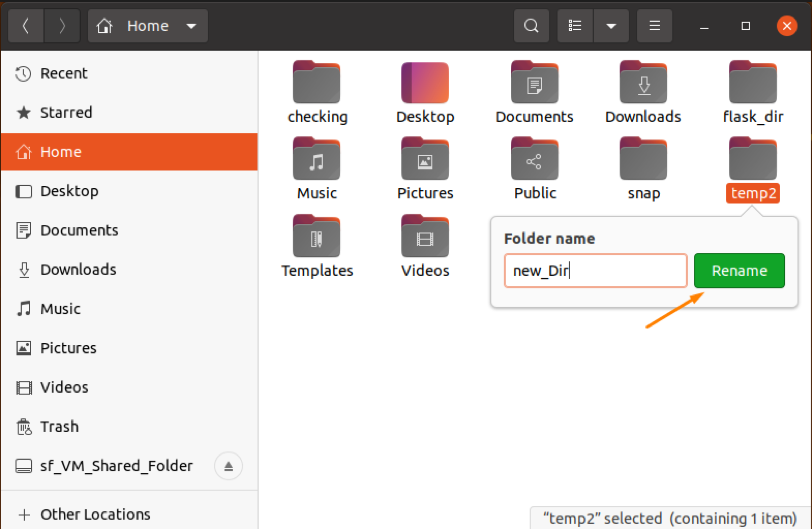 And the directory name will be changed: 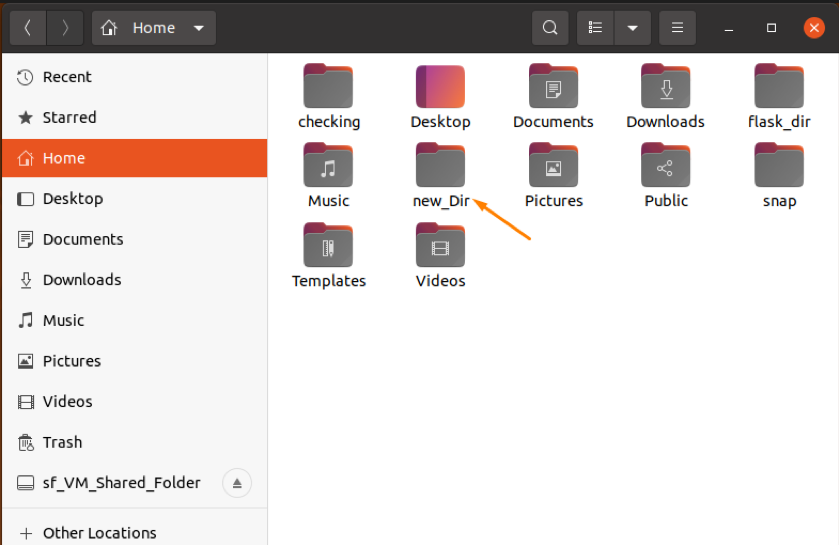 In this write-up, we have seen how to rename a directory in Linux operating system. There are multiple ways to do it, but why choose a difficult way when the simplest approach is available.