Git is most commonly used for handling small to large projects efficiently. It tracks the folders from the Git working area to the staging area. While tracking, users changed or updated the project files for some reason. After that, if they want to remove or reset uncommitted changes, Git permits them to do so.

In this manual, we will provide the different ways of deleting uncommitted changes in Git.

How to Remove Uncommitted Changes in Git?

Let’s try them out one by one!

While working in Git, you might first create new files or update the existing files. After that, you want to know how to remove some untracked files. For this corresponding purpose, you can utilize the “$ rm <filename>” command.

Press the “CTRL + Esc” key to open the “Startup” menu, search and launch the “Git Bash”: 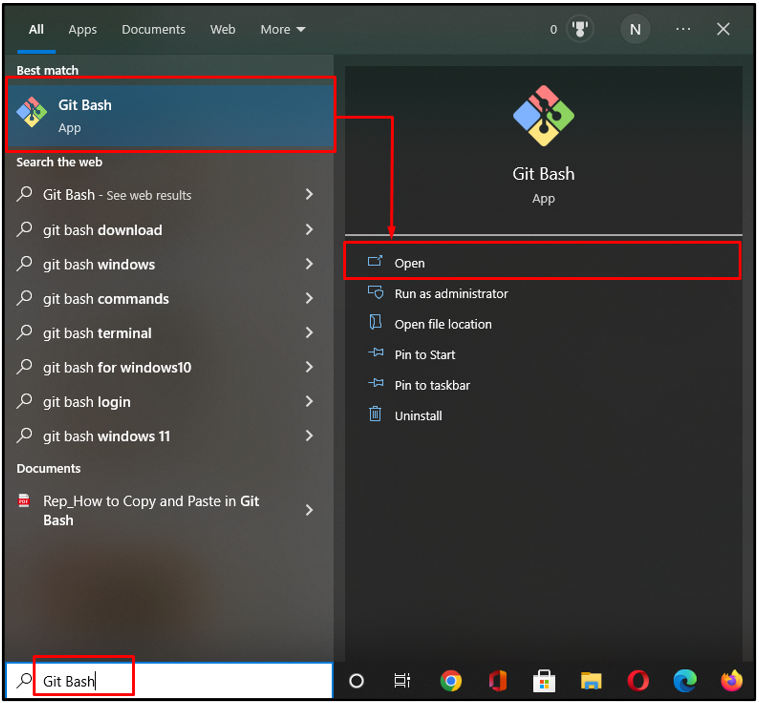 Next, move to your Git directory by utilizing the “cd” command:

Now, execute the “touch” command to create a new in the current directory:

Track the created file to the staging area using the “git add” command:

Execute the “rm” command with the file name which needs to be deleted:

To verify the previous action, run the “git status” command:

As you can see, our “emptyfile1.py” file is successfully removed from the Git directory: 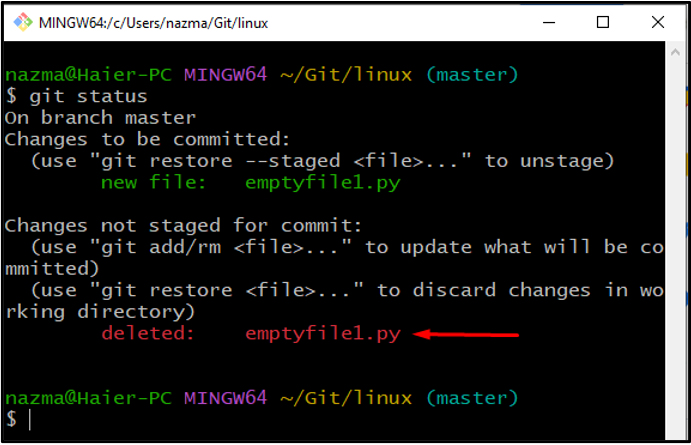 Let’s move toward the next section to remove the uncommitted changes using the “$ reset command” with the “–hard” flag.

If you want to remove the changes from the staging area, which is ready to move to the repository, you can utilize the “$ git reset” command with the “–hard” option. Here, the –hard option will specify Git to delete all changes between the last commit and the current state. Note that the users are required to use the mentioned command after executing the git status to check working files.

Now, look at the provided steps to understand it’s working!

Execute the “touch” command to create multiple files in the Git repository:

Next, add all files to the staging area from the working directory:

Here, we have added multiple files with the git add command followed by the shorthand “ .”, which shows that, by default, we are on the top of our project folder:

As you can see, we have successfully added files into the staging area:

Run the “git reset” command with the “–hard” option and add the HEAD alias to move to the previous commit:

Below output indicates that our HEAD is moved to the previous commit and most recent uncommitted changes remove successfully:

To verify and display the current HEAD position, execute the “git status” command:

As you can see, our uncommitted changes are removed from Git repository: 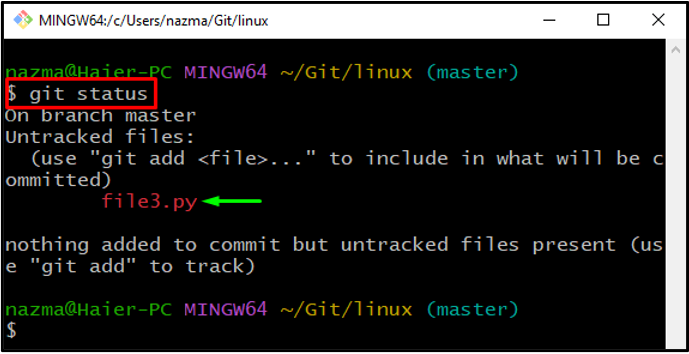 Now, check out the below next section to remove uncommitted changes using the git stash command.

If you want to remove an untracked file from the Git directory, use the “git add .” and the “git stash” command. As the “git reset” command can not remove the untracked files.

Let’s try out the below procedure for removing untracked files!

Add all files to the Git repository utilizing the “git add .” command:

Now, execute the “git stash” command to save the state of the working directory and its index on the current branch:

Next, drop all of the saved changes by adding the “drop” option in the same command:

As you can see, our saved working directory state and index is now removed from the current branch:

Below output indicates that our working directory is clean and uncommitted changes are removed successfully:

We have provided the different ways to remove uncommitted changes in Git.