Redis supports several data types and data structures. The Set is one of the most beneficial among them. It allows you to store a collection of strings in unordered form. One of the handy features associated with sets is that no repeating elements are permitted. 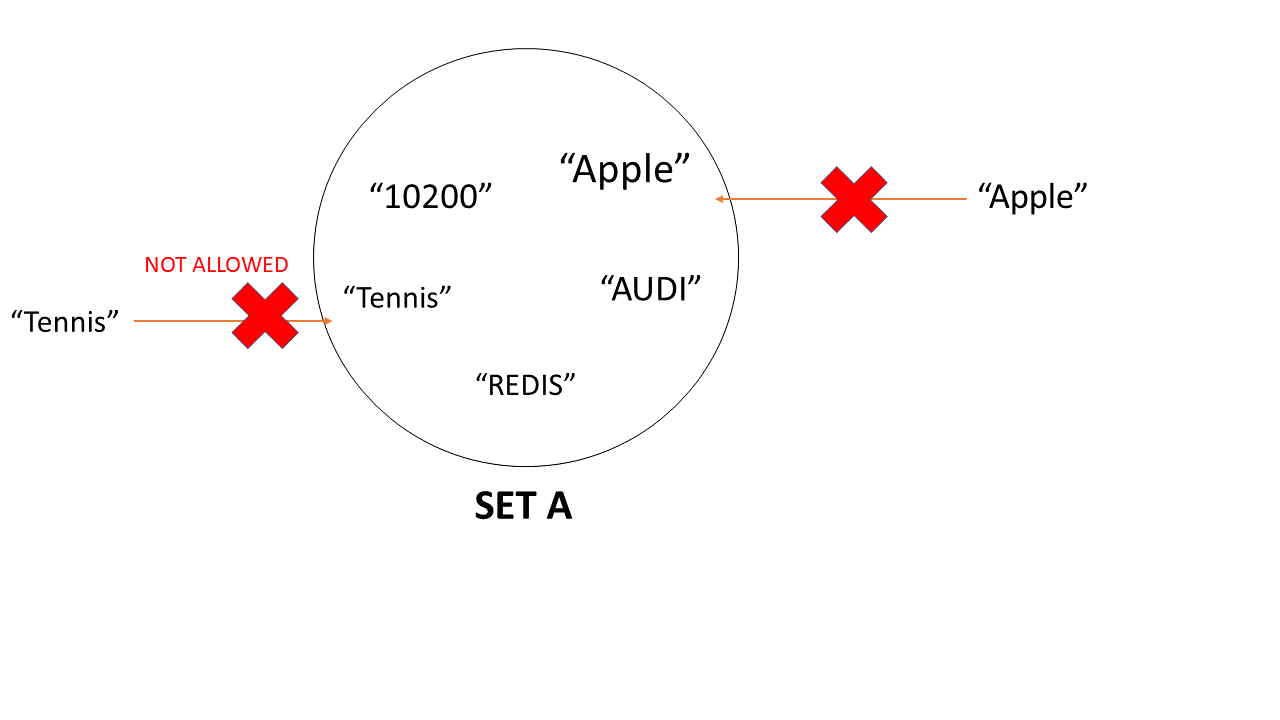 A set can store more than four billion unique members. Major set operations such as add and remove have constant time complexity, which is very efficient. When you are trying to add an existing element to a set, it will keep only one copy of that element without creating a new element. Hence, there is no need to add explicit duplicate checks.

There are several commands available to operate on Redis sets. It is always useful to fetch all the elements stored in a set. Usually, the ‘SMEMBERS’ command is used to retrieve elements in a Redis set.

Every set has a key that acts as a reference for the array of elements. 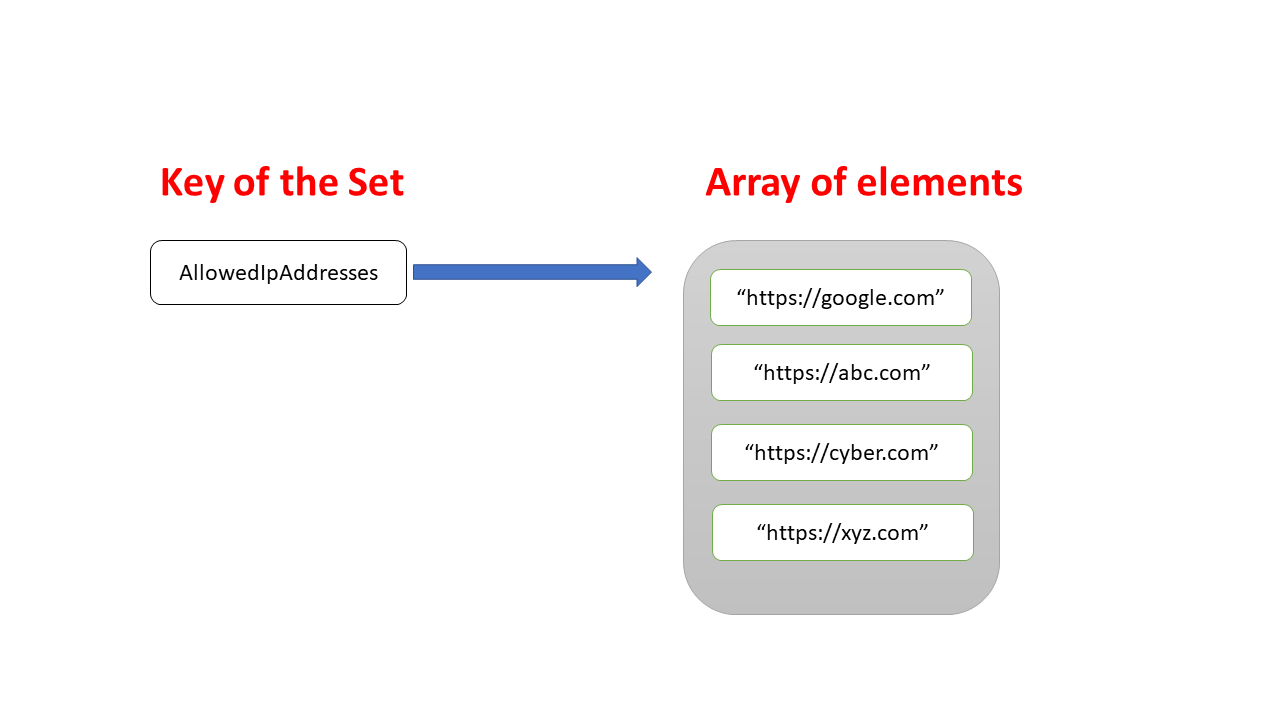 We can use the ‘SADD’ command to create a new set at a specified key and to add some members.

This would create a set with the key ‘VisitorIds’ with four members, as shown in the following. 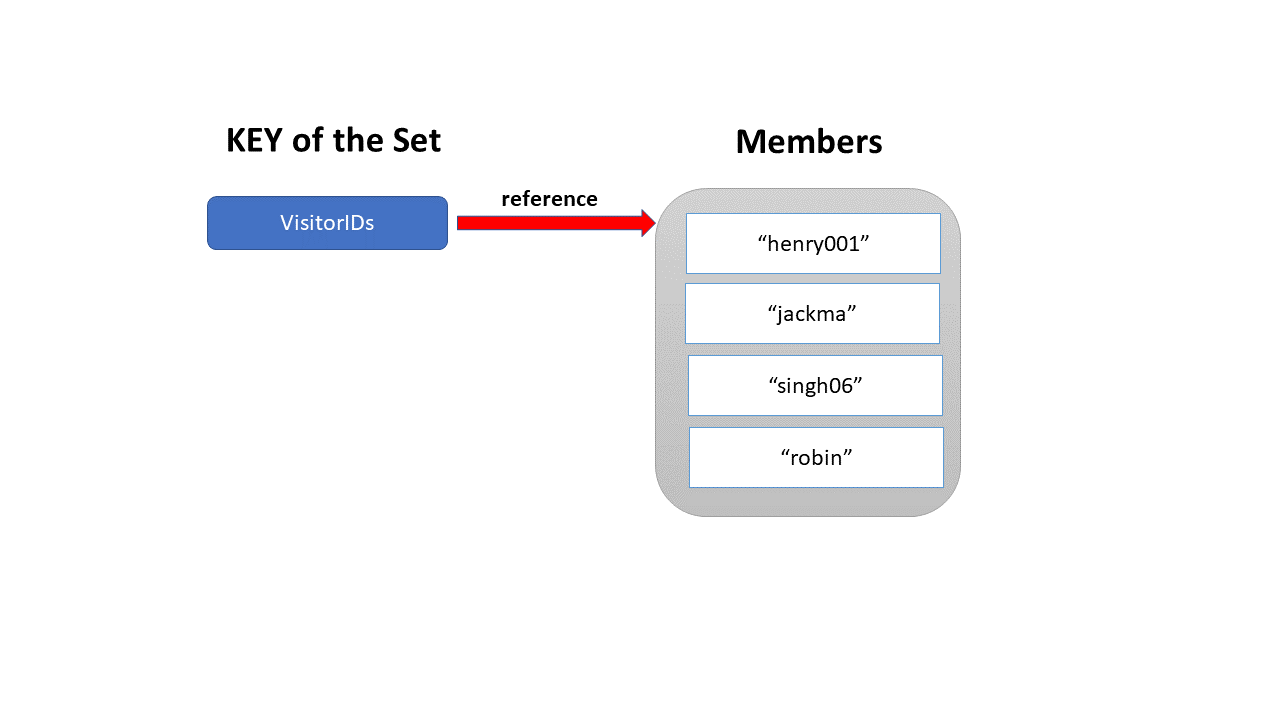 Let’s execute the ‘SMEMBERS’ command to check the available members in the set identified by the key ‘VisitorIds’.

The returned array doesn’t contain any duplicate user IDs because the ‘SADD’ command didn’t allow duplicate members to go in. Hence you can identify the unique users who visited your website from the above command output.

We can use the ‘SADD’ command to add multiple members at once without repeatedly executing the same command.

The same result is given by the ‘SMEMBERS’ command.

The ‘SINTER’ command can be used instead of the ‘SMEMBERS’ command. Usually, the ‘SINTER’ command returns the intersection of two sets. But you can use it by passing one key. It would return the members of the set stored at the passed key.

This command has a linear time complexity that can be represented as O(N). It means that when the member count increases, the time it takes to return the array of elements will go up.

The ‘SMEMBERs’ command on a non-set type

Usually, the ‘SMEMBERS’ command will only work with set data types. It will raise an error for other data types. Let’s create a ‘Hash’ as shown in the following.

We have created a hash called ‘myHash’. Next, we will pass this key to the ‘SMEMBERS’ command.

As expected, the command returns an error message by indicating that the key is not holding a set type value. It is a hash. Hence, the ‘SMEMBERS’ command is terminated with the above error message. So, this command is specific to set data types.

Redis comes with several in-built data types. It supports sets. A set is an unordered collection of strings. It doesn’t store duplicate members. If we try to insert a duplicate element into a set, it will keep only a single copy of that member. Redis set operations are very efficient. The add and remove operations have constant time complexity. We can use the ‘SMEMBERS’ command to return all the members stored in a set at a specified key. This operation has linear time complexity and is still very useful in real-world applications.