Graph databases are capable of representing networks of entities that are interconnected based on various relationships. They use nodes, edges, and properties to store data that relational databases are not equipped with. Furthermore, nodes hold data entities, and edges store relationships among entities. 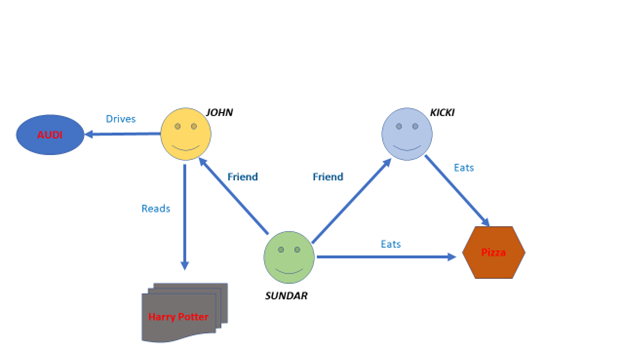 Behind the Scenes – RedisGraph Internal Technology

RedisGraph uses sparse matrices to internally represent the graph data. It also leverages the highly-optimized GraphBLAS library that gives a combination of high performance and very compact storage. To highlight, Redis is single-threaded, and that is how incoming requests are handled even for RedisGraph; once a RedisGraph query reaches the RedisGraph database, it is passed on to a thread pool. Because Redis modules can manage multiple threads. In contrast to other graph databases, when serving queries, RedisGraph focuses more on high throughput scenarios. So, one graph query at any given time will typically run on only one thread. It might sound counterintuitive, but the benchmarks prove that this scales perfectly well.

Several approaches to setting up and interacting with the RedisGraph database as listed in the following.

Once the docker container is up, you can talk to the RedisGraph database using Redis-CLI.

The source code for the RedisGraph can be found in the following repository.

It can be cloned easily with the following git command.

In Ubuntu or OS X, you need to install “cmake” using the following commands respectively.

Since the “make” is available in the system, you can just execute the “make” command from the root of the project directory. Upon building the RedisGraph source code, the redisgraph.so module(compile binary) can be found in the src directory.

It is possible to load the RedisGraph module using the MODULE LOAD command at runtime. Furthermore, the loadmodule directive can be set to the path of the compiled binary in the redis.conf file as follows.

GRAPH.QUERY – Runs an openCypher query against a given graph which enhances its functionality with additional functions and clauses.

GRAPH.CONFIG GET | SET – Retrieves or Updates the value of a RedisGraph configuration parameter.

GRAPH.EXPLAIN – Only shows the query execution plan and doesn’t execute the openCypher query.

More details on the above commands can be found here. 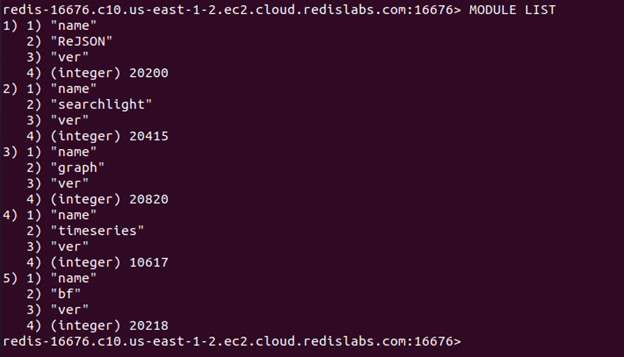 As expected, the graph module is available to use.

Let’s first create a graph that consists of some entities and relationships in the context of social networks. The following format needs to be followed to create a graph using openCypher query language.

Assume that John follows Mary, Mary follows Jack, and Jack follows Nisha in a social network. This can be represented using a graph database like RedisGraph easily. So, let’s store these entities and relationships associated with them as follows using openCypher query language.

Each new entry is separated by a comma.

Upon executing the GRAPH.QUERY command returns some useful information related to the created graph, such as the number of nodes, relationships, and properties created and set.

It is possible to add new nodes to the previously created graph as well. Let’s add a new person called “Ricky Martin” to the existing graph as follows.

We can also retrieve the graph data using GRAPH.QUERY command as follows.

As expected, the second relationship details should be returned according to the above query. Because the query asks for the “follows” relationship, but specifically, the follower should be “Jack”.

In these examples, we used the redis-cli client to interact with RedisGraph. But you can use several other client libraries developed for different languages like python to query the RedisGraph databases.

To summarize, the RedisGraph is a graph database that is available as a Redis module with super-fast querying capabilities. As discussed, there are several ways that you can up and run a RedisGraph database, such as using a docker image, manually building the source code, or even with a Redis cloud subscription with the RedisGraph module enabled.

The RedisGraph commands and API can be used to talk to the database through redis-cli or any other Redis clients. As a final note, it is recommended to get familiar with the openCypher query language, which is used by RedisGraph to create, update, or delete Graphs, Nodes, and Relationships.