Redis starts supporting geospatial data types from version 3.2.0. This is one of the unique features that Redis offers over the other data stores. The geospatial data structure can hold coordinates of a given location. With the rich set of operations, it is possible to query locations and their coordinates based on different criteria. 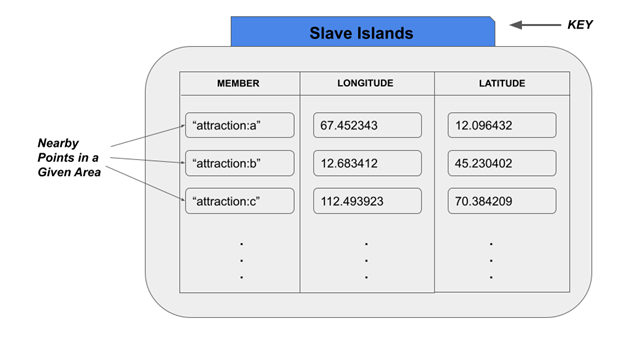 Each member is pushed into a Redis sorted set referenced by a key which enables you to query those geospatial items efficiently and in an ordered manner at a later time. One of the best usages of this data structure is that you can easily query the distance between two geo-locations(members) using the GEODIST command introduced by Redis. This will be a detailed guide on the GEODIST command, syntax, and its use cases.

Redis uses the Haversine mathematical formula to calculate the distances for the geospatial indexes which assumes that the earth is a perfect sphere. We all know that the earth is not a perfect sphere. So, a 0.5% error can be introduced by the distance calculation. This can be ignored for applications like social media, nearby place finders, and etc. But for error-critical applications, this should be used with care.

The GEODIST command is used to calculate the distance between two members stored at a given geospatial key. This command accepts two mandatory member parameters and a geospatial key(index) which points to a sorted set. The distance is returned in meters(m). Optionally, you can specify the unit as well. It supports kilometers, miles, and feet too.

The syntax of the GEODIST command is as follows:

It returns the distance as a double value. The value depends on the unit that you’ve specified. Whenever the command encounters non-existing or missing members, it returns NULL.

Use Case – Get the Distance Between Two Attractions

They have been using the Redis hashes to store the basic information related to the attractions. For the geolocation coordinate part, they are using Redis geospatial data structure. 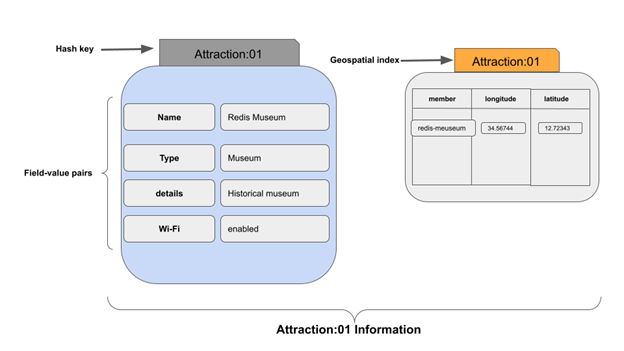 Now, the “lazy mountain” and “sabra river” members should be stored in a sorted set which is referenced by the key attractions:newyork.

Let’s use the GEODIST command to calculate the distance between the above two members. By default, it should return the distance in meters.

As you can see, we have specified the geospatial index as attractions:newyork. Next, we have the two members as strings.

As expected, the output is returned in meters. The double data type has been used to represent the distance.

Retrieve the Distance in Kilometers

It is possible to retrieve the above distance in kilometers as well. You just need to pass the optional argument ‘km’ as follows:

Retrieve the Distance in Miles

The ‘mi’ argument should be specified to calculate the distance between the given members in miles.

Retrieve the Distance in Feet

Whenever you need to know the number of feet from one member to another, just specify the unit as ‘ft’.

If the specified key doesn’t exist, the command will return null.

In the above example, the attractions:washington key isn’t available. So, the output is NULL as shown in the following:

In summary, the Redis geospatial data type has been introduced to hold coordinates of geo-locations. As mentioned, the longitude and latitude values are stored for a given member. This is represented as a sorted set in the memory. Several commands are available to operate on geospatial data types. The GEODIST is one of the useful commands that operate on geospatial indexes to return the distance between specified members. As discussed in the introduction section, the distance is returned in meters by default. The GEODIST command accepts optional arguments to return the distance in other units as well such as kilometers, feet, and miles.