How to create and open an archive with RAR on Ubuntu

Rar package is not installed on Ubuntu by default. So, run the following command to install rar on Ubuntu.

Rar package has various commands for creating archive files and folder. To get the list of rar commands just run rar without any command.

The following output shows that trial version of RAR 5.40 is installed on the system. You can use any command from the list with rar for the particular purpose. Use of some basic commands of rar are shown in this tutorial. 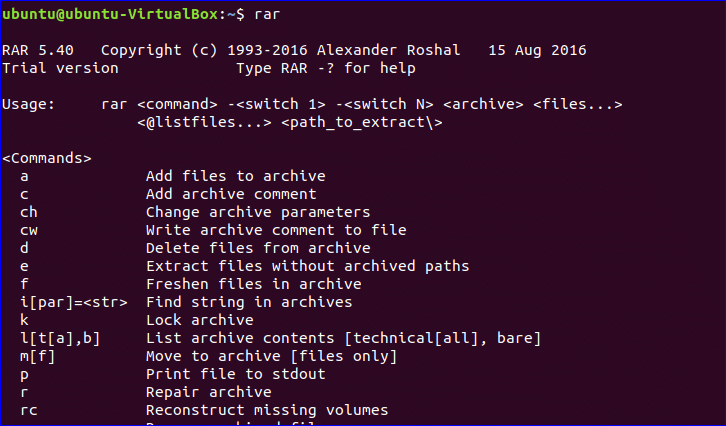 To add the file into archive, a command is used with rar and next type the name of rar file and the name of the file or folder that you want to compress. Run the command to create the archive file, code.rar file by compressing code folder.

After compression, the size of code.rar file is 1600 bytes. Run the following command to check the size of the code folder and the archive file. 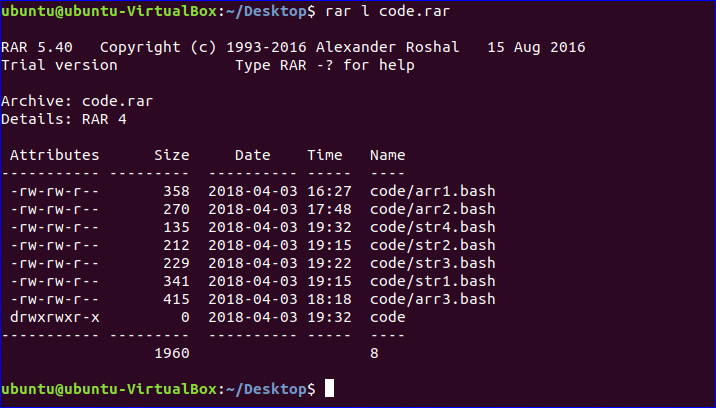 Now, run ls -la command to check the folder is created or not after extraction. 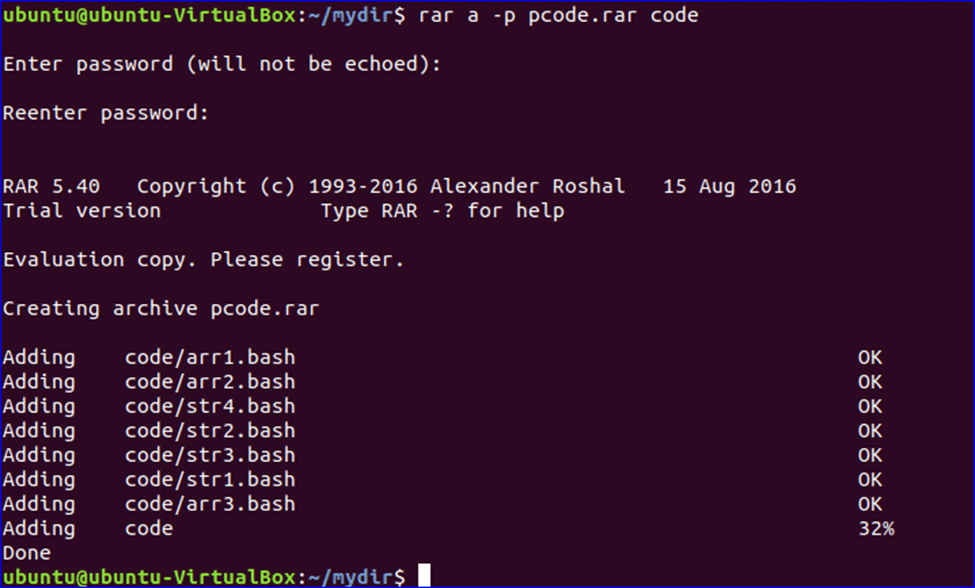 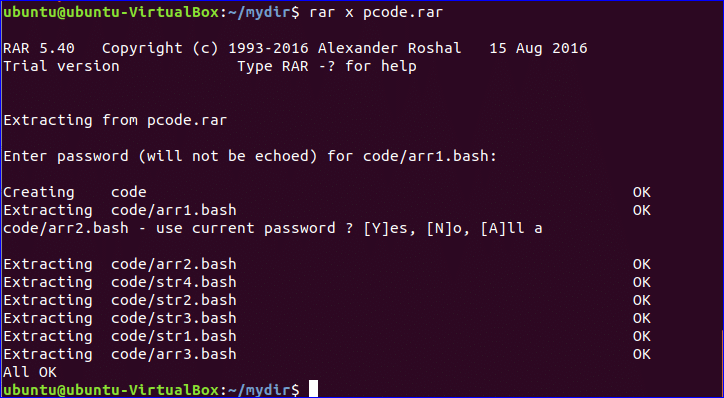 The above command shows the mostly used commands of rar to create and extract any archive file. There are many other uses of rar, such as, recovering archive, updating archive, locking archive, setting archive comments, deleting archive etc.