As we are very well aware of what exceptions are and how to manage them in Python, we can go on to the next section. In layman’s terms, exceptions are anything that disrupts the program’s normal flow. Similarly, KeyboardInterrupt is a Python exception that is thrown when a user or programmer interrupts a program’s usual execution.

While executing the program, the Python interpreter checks for any interrupts on a regular basis. When a user or programmer mistakenly or purposely pushes the ctrl – c or del key in Python, the interpreter throws the KeyboardInterrupt exception.

The KeyboardInterrupt exception inherits the BaseException and, like other Python exceptions, is handled via a try-except statement to prevent the interpreter from abruptly quitting the program.

KeyboardInterrupt Exception and How Does it Work?

The KeyboardInterrupt exception is a standard exception that is thrown to manage faults with the keyboard. In Python, there is no special syntax for the KeyboardInterrupt exception; it is handled in the usual try and except block. The code that potentially causes the problem is written inside the try block, and the ‘raise’ keyword is used to raise the exception, or the python interpreter raises it automatically.

One of the most vexing aspects of working with Python is that it exits the program when the user presses ctrl – c, either intentionally or inadvertently, which is a major issue when dealing with large amounts of data, such as retrieving records from a database, handling, executing a large program that performs multiple tasks at once, and so on.

This exception behaves in the same way as other Python exceptions. The only difference with this exception is that the user-created it and that the computer had no part in it. Refer to the following sections to learn about this concept in detail.

The try block contains a collection of code that the interpreter must verify for errors. The except block adds the necessary exceptions to avoid the code’s faults. The final block includes the sentences that must be performed without being checked, but which the try and except blocks disregard.

The output is shown below.

The input function is located between the try blocks in the code above and is left empty because more information is not required in this scenario. The unless block then takes care of the KeyboardInterrupt error.

We’ll now use Signal Handlers. In Python, the signal module is used to offer functions and processes that use signal handlers.

When this happens, the KeyboardInterrupt is raised by default. The sys module in Python provides a number of useful variables and functions for managing the Python runtime environment.

The signal and sys modules must be included in the Python code to utilize this approach without errors. Signal handlers are used in the following Python code to catch the KeyboardInterrupt fault.

The outcome of the code above is as follows.

The signal.signal() function is used in the code above to specify custom handlers that will be run when a signal of a specific type is received. It is worth noting that once a handler is configured for a specific signal, it stays in place unless the user actively resets it. The handler for SIGCHLD is the only exception in this situation. 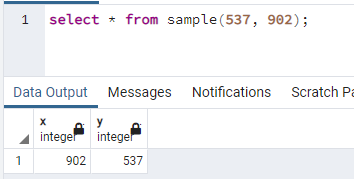 The KeyboardInterrupt exception, how it is raised, and how it is handled in Python are all covered in the preceding article. The KeyboardInterrupt exception, as its name suggests, is a simple exception that is raised when a program is interrupted by the user’s keyboard. It is critical for any programmer, new or experienced, to grasp every form of exception to deal with them appropriately and create a program quickly (able to handle any kind of such situation).