Pulse Width Modulation also known as PWM is a technique that involves the alteration in the width of the pulse of the generated signal as a result the duty cycle of the signal is changed which will give the variable signal. This variable input can be used in many applications like controlling the brightness of LEDs, controlling the speed of motors and where analog output is required by using digital sources.

The analogWrite() function uses two arguments, one is a pin which will specify the port number at which the modulated signal will generate and the other one is value that specifies the value of the duty cycle of the modulated signal.To use the analogwrite function in Arduino programing the following syntax should be followed

The pin number is of integer data type whereas the value of the duty cycle has the form from zero to 255.The pulse width is the part of the pulse in which its value is high. Similarly, the duration of cycle of the pulse is the duration of its high and low values. Moreover, the percentage of the ratio of duration of pulse width to duration of cycle is called the duty cycle. There different duty cycles are given for more understanding of the topic. The plotted graphs have time on the horizontal axis whereas the voltage is on the vertical axis. These are the percentages for how much time the voltage was high. Duty cycle is the time for which the voltage was high. 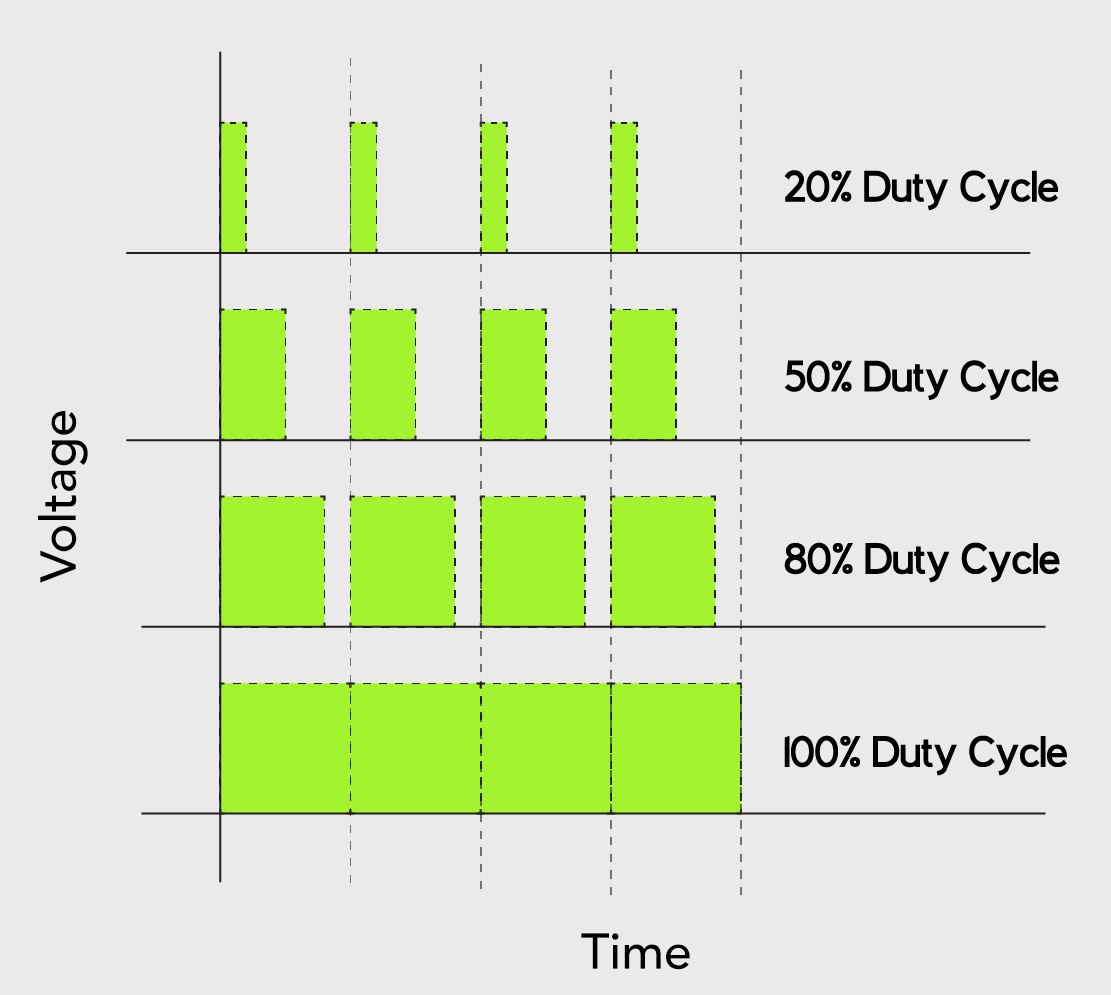 The code for the pulse width modulation is given below.

First the ledPin variable is declared at which the LED light is connected then to store the analogwrite value a variable of brightness is declared. The value will cycle in the range between 0 to 255. To control the fadedness of the LED a variable called fadeValue is used.

Coming to the set-up section the pin number assigned to the LED is declared and in the loop section the pulse width modulation signal is generated using the analogWrite() function. The brightness of the LED is controlled with the alteration of width of the pulse. Led Pin and brightness are taken as arguments of the analogwrite function. After that the brightness and fadeValue variable is added. To increase the brightness by five times at every time the loop runs that’s why the fadeValue is given the value 5.

So now at each iteration the value will decrease by 5 till it reaches zero and the led will turn off.