Now if you want to share something from your local Web Server to your friends which are outside of the Local Area Network and they can not access your machine. Then how would you expose your localhost to your friends outside the LAN?

In this case you establish a tunnel from your localhost to the internet and share a public IP address to your friends which can be accessed from all over the internet.

Tunnels can be established by using SSH or Ngrok. Here we will discuss both the ways and then we will verify the result of tunneling using netcat.

Before using Ngrok on your machine, we have to install it. Ngrok can be installed by using the following command in Terminal.

When you run the above command, it will install the ngrok after downloading required files. You can check whether Ngrok has been installed or not by using the following command in the Terminal.

If Ngrok has been installed it will give the version as shown in the following figure.

After installing Ngrok, now it is ready to use to establish tunnels.

Now your localhost:8080 can be accessed from all over the internet by using the link shown in the above figure.

Inspecting the Traffic through Tunnel

Ngrok provides us with the ability to inspect all the incoming or outgoing requests from the internet to your localhost. We can observe all the traffic by going to the following link

When you goto the above link, the browser shows you all the incoming or outgoing requests as shown in the following figure. 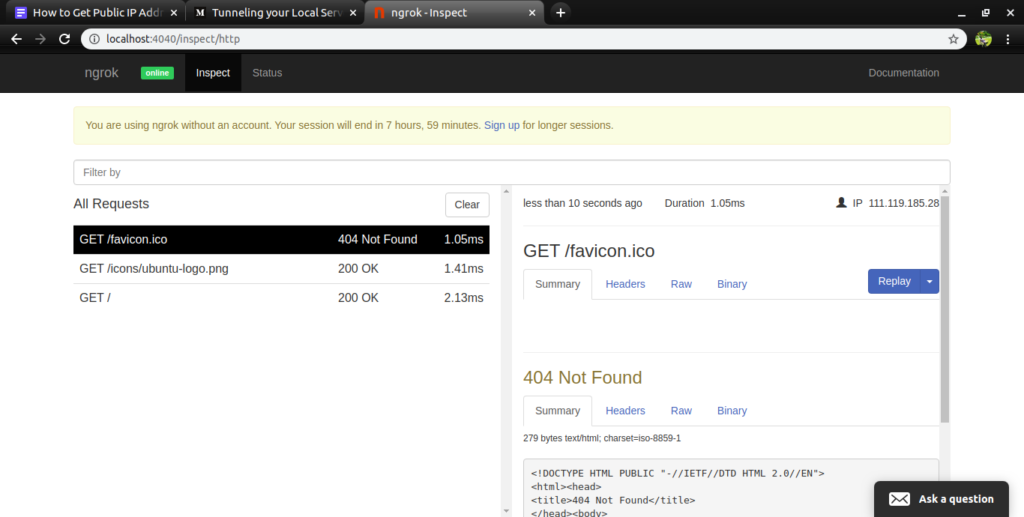 Terminal also shows the requests made to your local web server. The following figure shows how the terminal keeps the record of http requests.

Localhost can also be exposed to the public by using SSH which is basically a communication protocol. It is called SSH tunneling or SSH port forwarding. Run the following command in the Terminal of your localhost to establish a tunnel between your localhost and remote server

In the above command

Now port 8088 of your localhost can be accessed from a remote server having IP “IP Address” and username “remoteUser” through port 8080.

Before accessing localhost through the tunnel from a remote server, do make some changes in the sshd_config file of the remote server. This file can be opened by typing the following command in terminal.

After opening the file, make the changes as shown in the following figure. 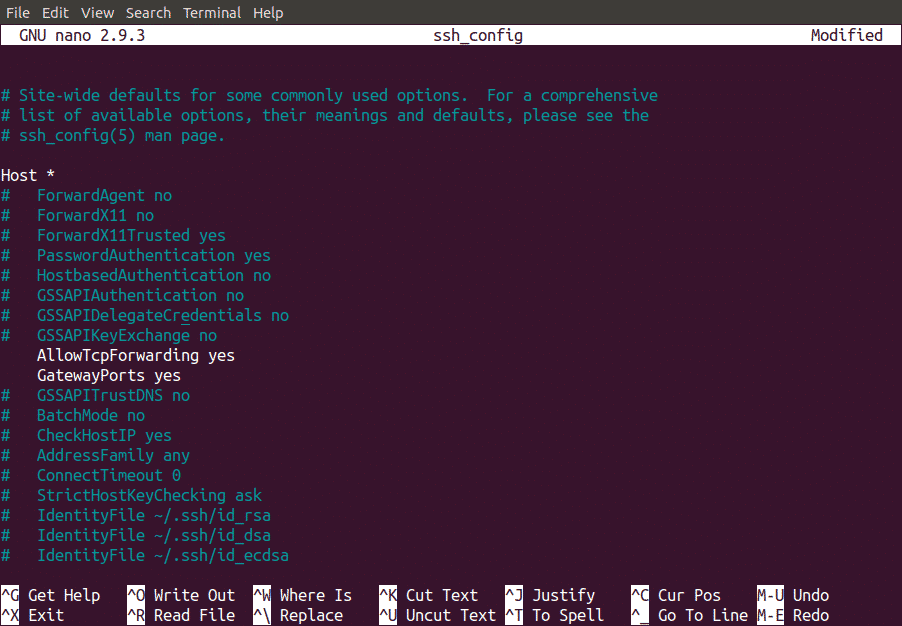 After making changes, restart your SSH server to apply these changes. Now localhost is open to the remote server to be accessed.

So far we have established tunnels between localhost and a remote server by using SSH and Ngrok. Now we will test whether these tunnels have been established or not. We will use netcat command to test tunnels. Run the following command in the terminal of your localhost