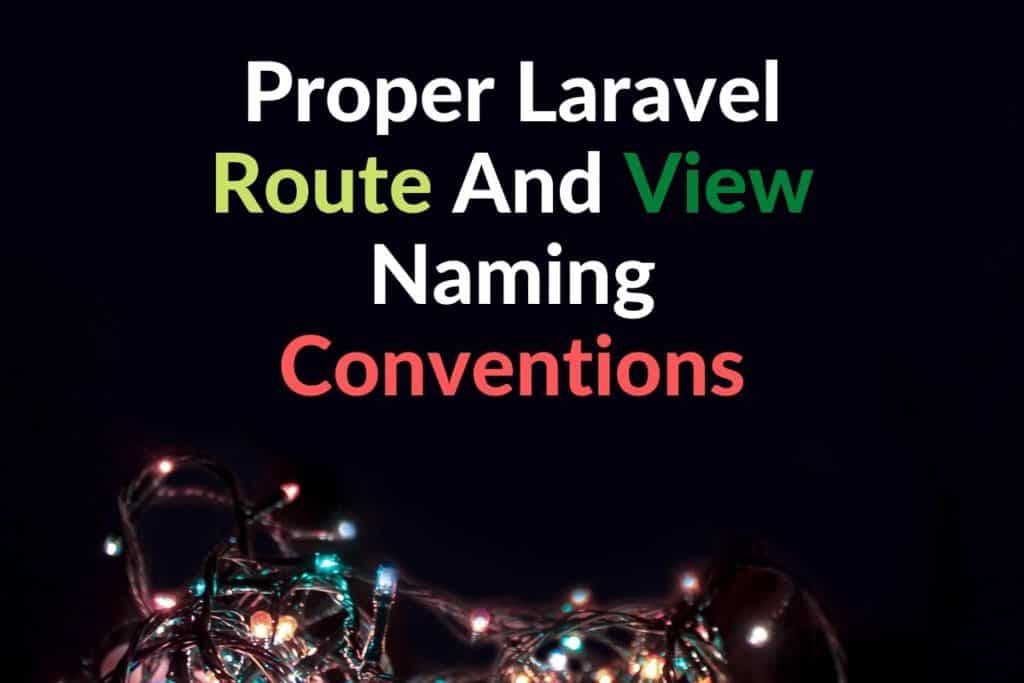 When it comes to proper route and view naming conventions in Laravel, it is generally acceptable to use resourcePlural.action so here are some examples:

We also have route() helper. Just like the url(), it’s intended to be used in views to simplify linking to a named route. If the route has no parameters, you can simply pass the route name: (route(‘members.index’)) and receive a route string.

If it has parameters, pass them in as an array as the second parameter like we did in this example.

In general, I recommend using route names instead of paths to refer to your routes, and therefore using the route() helper instead of the url() helper. Sometimes it can be a little clumsy – for example, if you are working with multiple subdomains, but it provides an incredible level of flexibility to later change the application’s routing structure without major penalty.