In JavaScript the promise objects are used to work with the asynchronous operations. The concept of promise may sound complicated at first but in reality they are quite simple; We can understand JavaScript promises by comparing them with real world promises using layman’s terms.

In everyday life we make promises to show our commitment. Similarly in JavaScript we make a promise object when we need to be committed to executing a block of code.

For example, when we send a request to fetch data from an API through our code, the API takes time to respond. In the meantime the JavaScript interpreter moves onto the next block of code but we want to execute some piece of code after the fulfilment or rejection of the response. Now, if we use the promise object, we can execute the desired line of codes upon the fulfilment or rejection of the API response.

The JavaScript promise objects can have three different states i.e:

What are promises in JavaScript

As mentioned above, asynchronous operations in JavaScript are handled through promises. Asynchronous JavaScript mainly refers to the functions that are running in parallel with the main program.

How Promises Work in JavaScript

The promise object in JavaScript has one of three states: 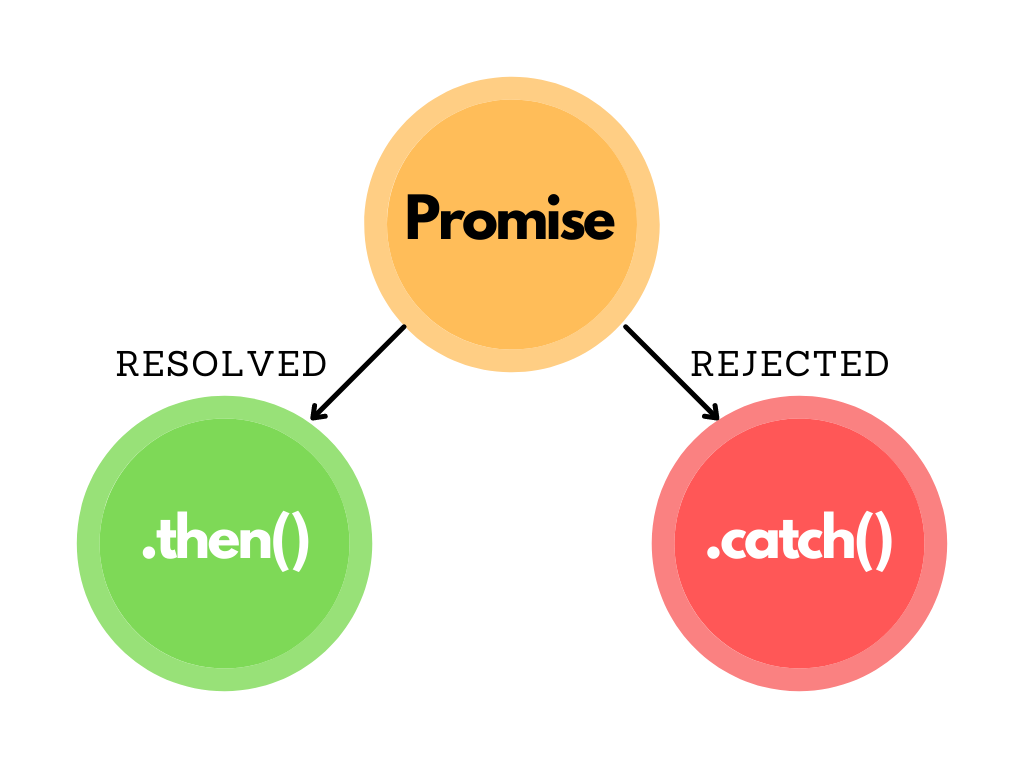 Here we will learn to create a promise object in just a few simple steps:

JavaScript promises are created by using the new Promise() constructor:

Finally, we define the body of the promise object. We give it a condition which will only be met if the promise is resolved:

Now let’s learn to use our newly created promise object. There can only be two different end results for a promise object; it can either be a resolved or a rejected promise.

In this example we are using the then() method to log a message (that we got from the Promise) to the console.

It can be written in two different ways; separately or in combination with the then() method. In case the promise is unfulfilled, it will execute the catch() method and this time a different message will be shown on the console.

Promises in JavaScript are objects that are used as an alternative of callback functions and events when handling asynchronous operations in JavaScript. Promises can have three different states i.e. pending, fulfilled or unfulfilled. In the pending state the promise object is awaiting the value thus it has no value. In the fulfilled state it has the resolved value and in the unfulfilled state it has the reason why the promise was not resolved. This post was a thorough guide about promise objects in JavaScript.