What is a Python programming language

Python is a high-level programming language that is used for web development on the server-side to create different web applications, moreover, it is also being used to interact with databases in order to modify the data of the database. The syntax of Python is easy to write as well as to understand but the indentation is very important to consider in the Python programming language. Python language IDE (Integrated Development Environment) Thonny is supported by all the operating systems which include Windows, macOS, and Linux distributions including the Raspberry Pi.

What is a Raspberry Pi 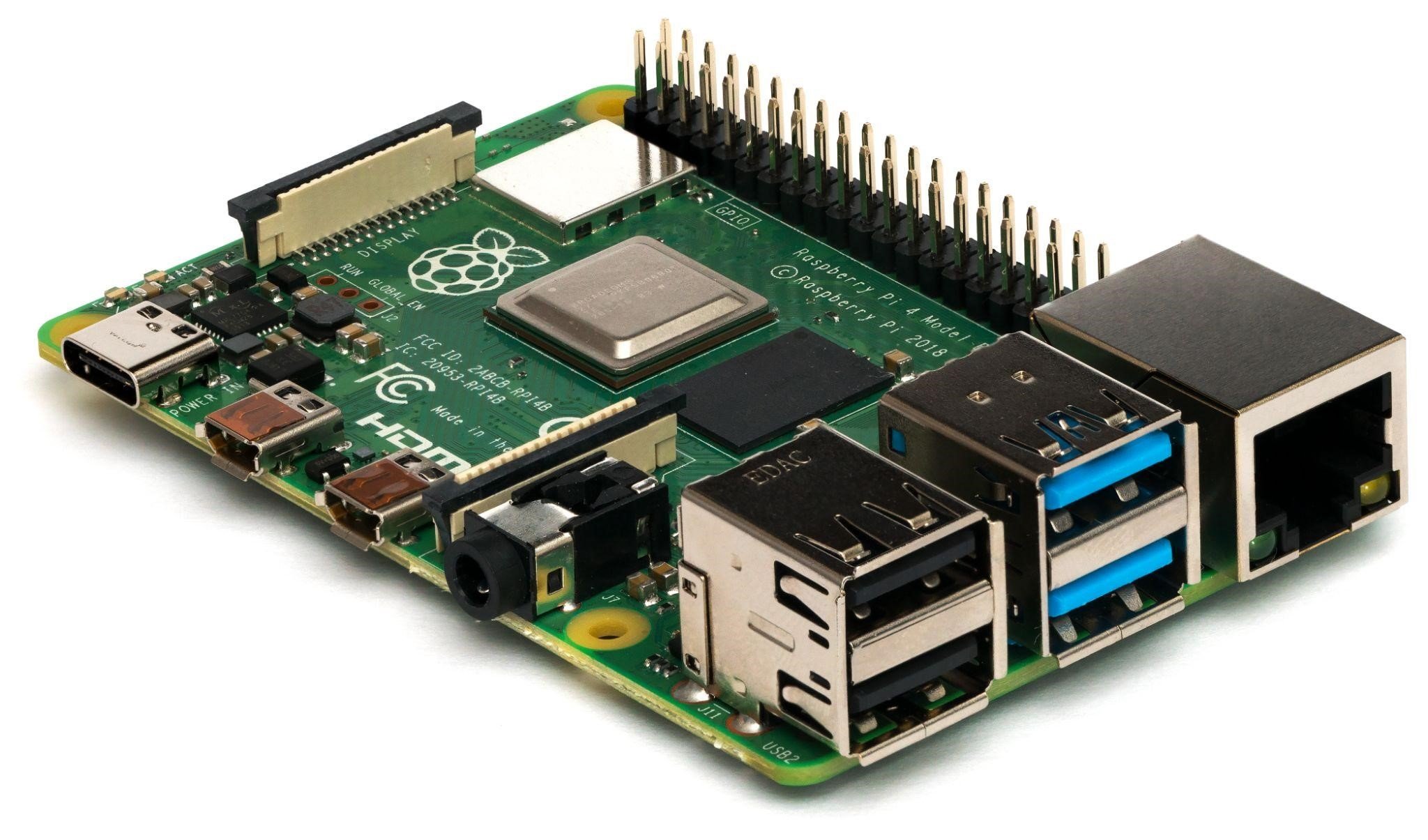 What are the basics of the Python Programming language

Now we will print the string without storing it in the variable:

The output of the above command will be:

The output of the above for loop in the Python is:

The output of the above for loop in the Python is:

The output of the above Python while loop is:

Click on the “Run” icon on the toolbar of Thonny to execute the above Python code: 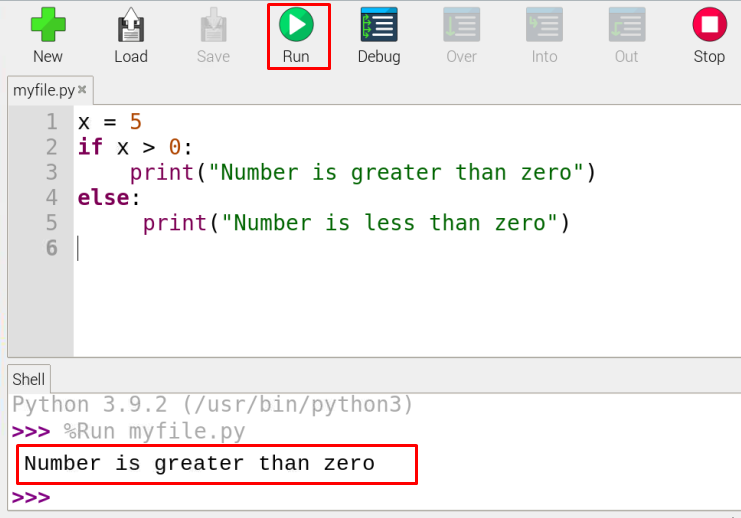 How to program Raspberry Pi using the terminal

We can also use the terminal to make, compile and run the Python programs, for this, we will first make a file using any text editor and name it using the extension “.py”, in our case, we are going to create a file with the “LinuxHint.py” using the command:

Type the following script to display the “Welcome to LinuxHint”:

Save the file using the shortcut key of the nano editor, CTRL+S then exit the editor and run the script of the file by using the command:

The gpiozero library contains a number of functions that are used to manage the GPIO pins for different applications. For understanding, we will use the gpiozero library to control the LED connected to the GPIO pin of the LED. We require the components which are a breadboard on which the hardware is configured, some male to female jumper wires for making connections, and the Raspberry Pi 4 along with a 220 ohms resistor and a LED. For the connections of the LED with the Raspberry Pi 4 and the hardware configuration will look like this: 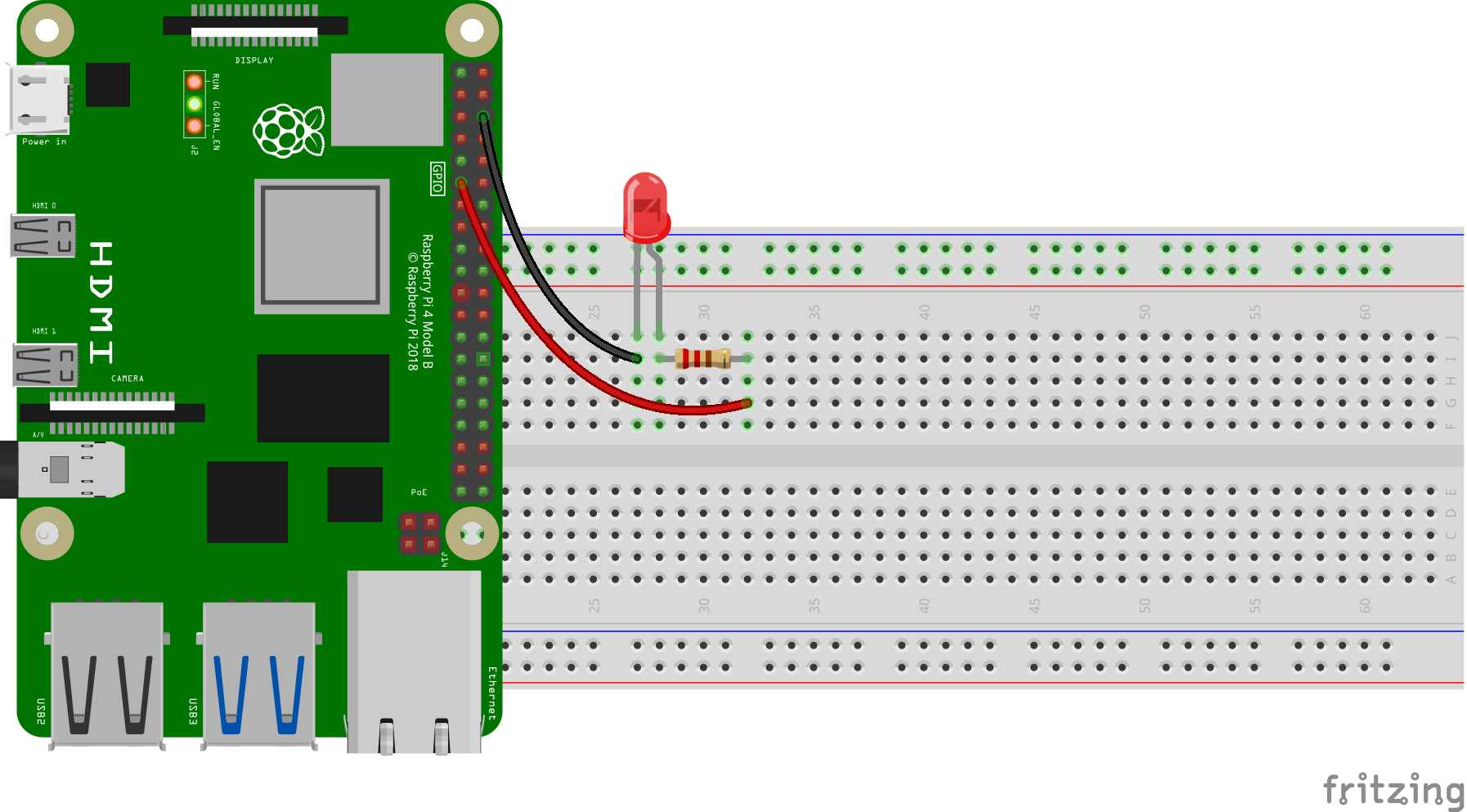 Proceeding towards the Python code to control the led, we will first create a text file using the nano editor and will name it LedProject.py:

Copy and paste the mentioned below Python code in the newly created text file with the name of LedProject and then exit the nano editor by saving the file:

In the Python code used to control the LED, we simply used the functions of the LED by importing them from the gpiozero library and also importing the sleep functions from the time library. Then simply in the infinite loop, we have turned on and turned off the LED connected at GPIO pin 17 with a delay of 2 seconds.
We will run the following command to execute the Python code written in the LedProject.py:

The working of the LedProject.py Python code in the hardware is shown below: