Ordinarily, when you run an Ansible playbook, you get execution details printed on the terminal. These include the name of the play and task and a play recap indicating if the playbook has made any changes on the managed host or remote system

Let take a simple playbook file that lists the home directory of the managed host or remote host.

The playbook will run just fine; however, the output will not be displayed on the terminal. All that is logged is the nature of the activity happening on the managed host.

When a playbook file is executed, every task saves its output in a variable. To capture the output, you need to specify your own variable into which the output will be saved. To achieve this, we use the ‘register’ parameter to record the output to a variable. Then use the ‘debug’ module to display the variable’s content to standard out.

To demonstrate this, let’s use a few examples.

Example 1: Print the command output of listing files in the home directory

Earlier, we provided an example of a playbook file that lists the contents of a managed host’s home directory. However, as we found out, the output is not printed to standard out.

We will use the ‘register’ parameter to record the results into a variable called command_output to resolve this issue. Then, we will print the output using the ‘debug’ module.

When the playbook file is executed, the output of the home directory’s contents is printed to standard out. 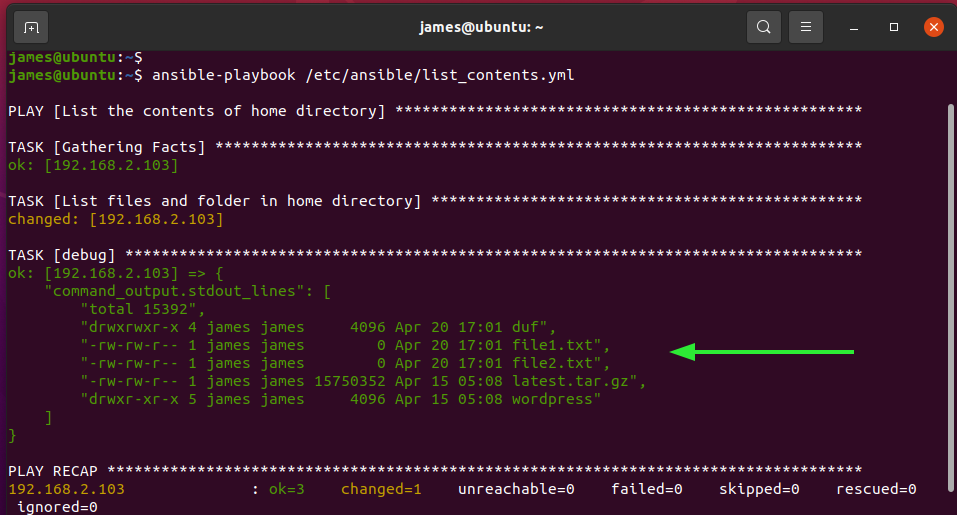 Example 2: Print the command output of the uptime command

Let’s take another scenario where we are printing the output of ‘uptime’ command on the shell of the managed host. As you might know, the uptime command prints details such as how long the system has been running since it was powered on, logged in users, and load average.

We created a playbook file called check_uptime.yml, as shown.

When executed, the uptime details are printed to the terminal as shown. 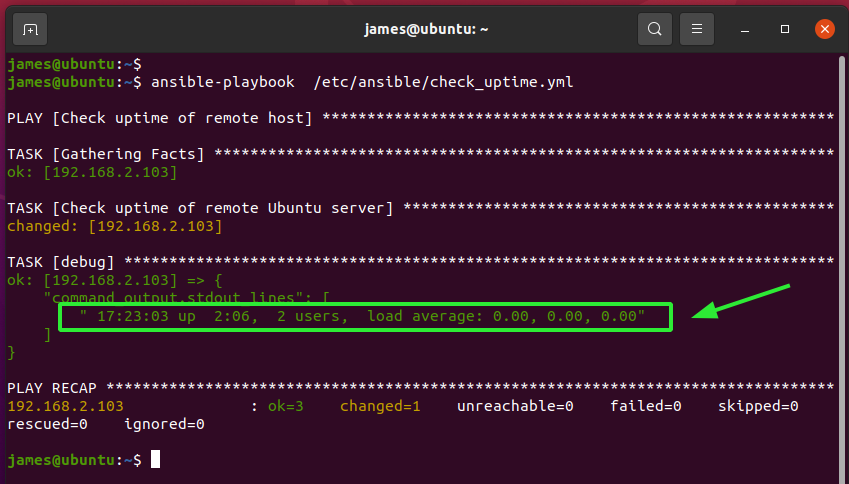 This guide demonstrates how you can print the command’s output to standard out in Ansible. This was enlightening, and that you can now print the output of your command to std out.