Machine Learning is an Artificial Intelligence application that is improving the way the world works in every domain. At its core, it is an algorithm or model that observes patterns in a given data set and then predicts the learned patterns on general data. In layman’s terms, it’s the idea that machines learn a pattern and adapt through experience to make accurate and repeatable decisions. The Support Vector Machine is a popular ML algorithm that we will use today to predict stock prices. There are several advantages to this model, which we will discuss and walk through the approach’s implementation.

What is a Hyperplane?

As a result, a hyperplane in n-space is spanned by n-1 linearly independent vectors and has an nth vector (not in the plane) orthogonal to it.

What is a Support Vector Machine?

The Support Vector Machine (SVM) is a supervised machine learning binary classification algorithm. Given a set of two types of points in N dimensions, SVM generates an (N-1) dimensional hyperplane to divide those points into two groups as shown below: 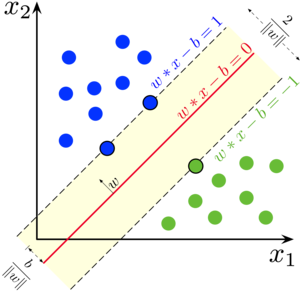 In the above figure, SVM will choose the red line as the best hyperplane separating the blue and green classes.

Let’s suppose you have two types of points in a plane that are linearly separable. SVM will find a straight line that divides those points into two types and is as far away from all of them as possible. This line is known as a hyperplane, and it was chosen so that outliers are not ignored, and points of different classes are as far apart as possible. If the points cannot be separated, SVM uses a kernel transformation to increase the dimensions of the points.

The case discussed above was pretty straightforward because the data was separable linearly — as we saw, we could draw a straight line to separate red and blue types of points.

What if the data is not linearly separable? We won’t be able to separate the classes by drawing a straight hyperplane. To tackle this challenge, we’re going to add a third dimension to the dataset. We had two dimensions up until now: x and y. We create a new dimension and mandate that it is calculated in a manner that is convenient for us: z = x2 + y2.

This will create a three-dimensional space from the previous points. We can infer from the below figure that initially, the points were not linearly separable, but after applying the kernel function, we easily separated the data points. There are many kernel functions available that you can choose according to your use case. 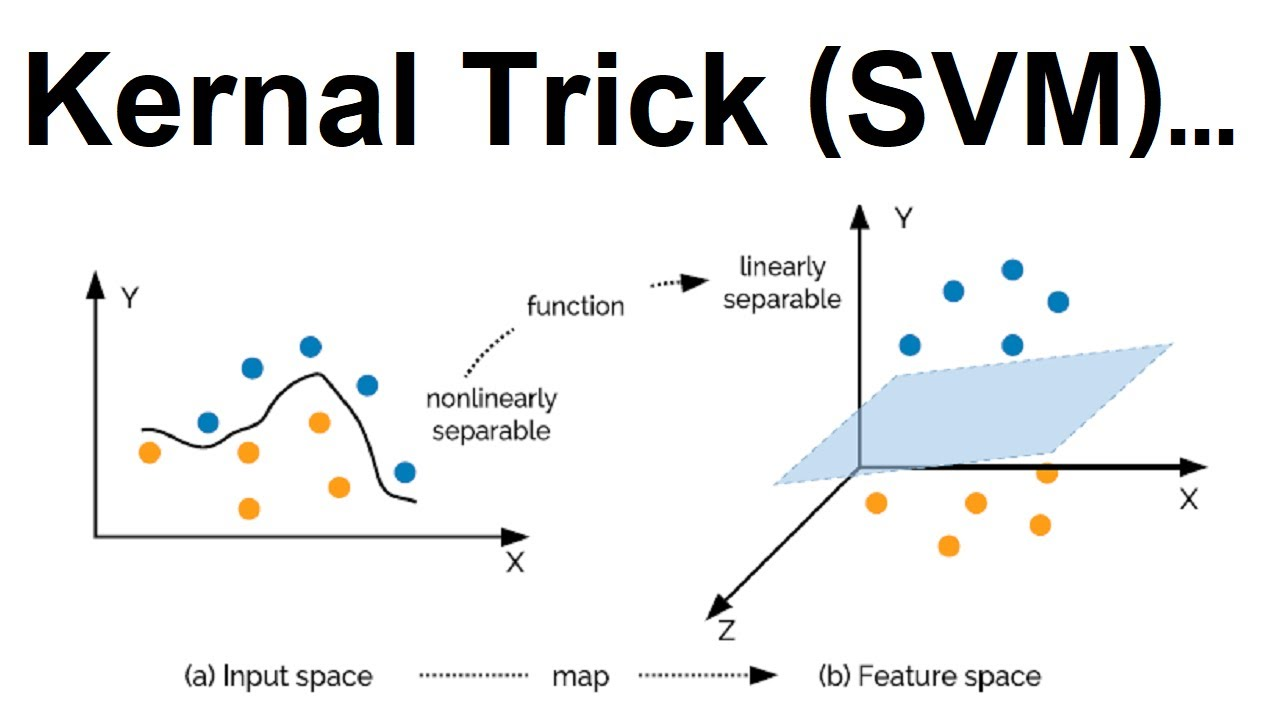 Stock market predictions are made by predicting the future value of a company’s stock or another financial instrument traded on an exchange using fundamental or technical analysis.

The benefit of stock market prediction is that it allows you to invest wisely and profitably.

The first task for this implementation is to import all the libraries and modules in our script. sklearn will be used to build the model, pandas will be used to handle data frames, and numpy is for linear algebra. Below are the required imports that we do:

Assign the input features to a variable

# Store all predictor variables in a variable X

Assign target column to another variable

You can find the accuracy of this model using various metrics.

To predict the signal of the stock, use the below method.

This article went through the discussion, advantages, and use cases of Support Vector Machines. It is a popular and space-efficient algorithm for both classification and regression tasks, and it uses geometrical principles to solve our problems. Later, we also implemented stock price direction prediction using the SVM algorithm. Stock price prediction is extremely helpful in the business world, and when we employ automation for this, it creates more hype for this problem.