Postfix is the most commonly used MTA program that can deliver, receive, or route emails. So, if you want to forward emails with your server and domain then using the postfix program, you can set up email forwarding configurations on the domain like [email protected] This article will guide you about how to set up a postfix mail forwarding method on the CentOS server. For all other distributions like Ubuntu and Debian, almost all the steps are the same.

You need to perform the following simple steps to set up the email forwarding postfix server on your system:

Open the terminal window by clicking on the Activities and select terminal from the left sidebar in CentOS 8.

First, ensure that postfix is installed on your system or not.using the following command you can check the installation of postfix:

The following output should display on your system.

Otherwise, you will install postfix using the following command:

Once the installation of postfix is complete, now using the following command, you can check the postfix service status:

The following output should display on your system. 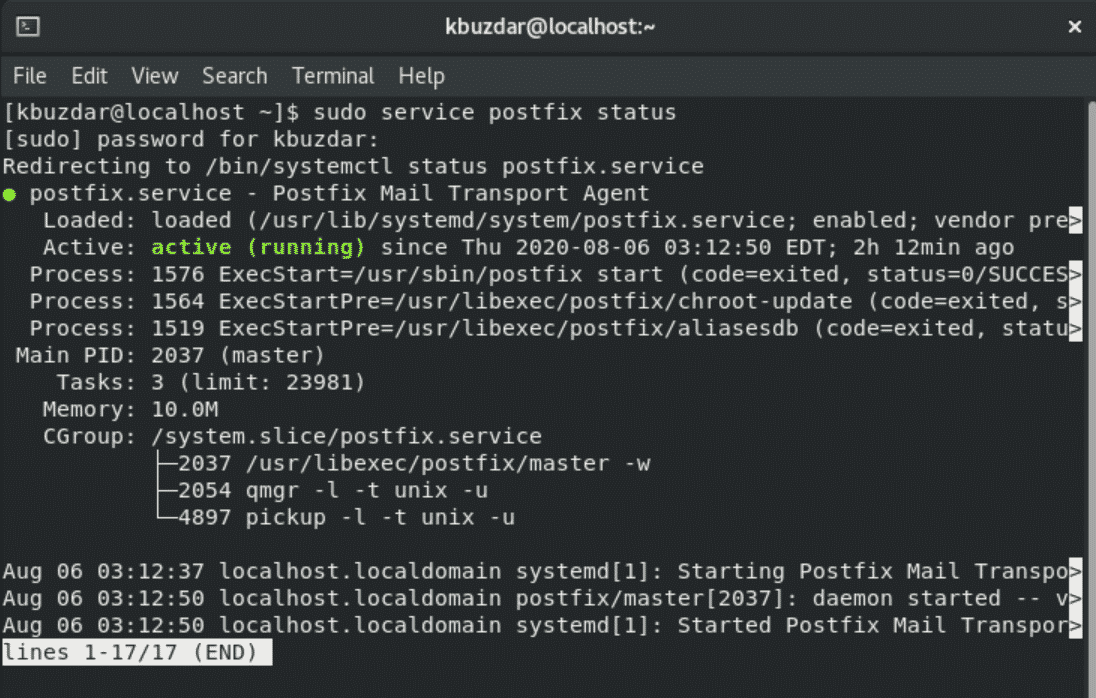 The following output will be displayed on your system:

In the above output, the last column represents the PID of the processing. Here, this shows a postfix.

Now, start the configuration of postfix for forwarding emails. It is a simple task. First, we need to find the postfix configuration directory path by using the postconf command.

The following output will show on the terminal:

Open the file in your favorite text editor or which is installed on your system. Here, we are using a vim editor to modify the configuration files.

The following window you will see in the terminal: 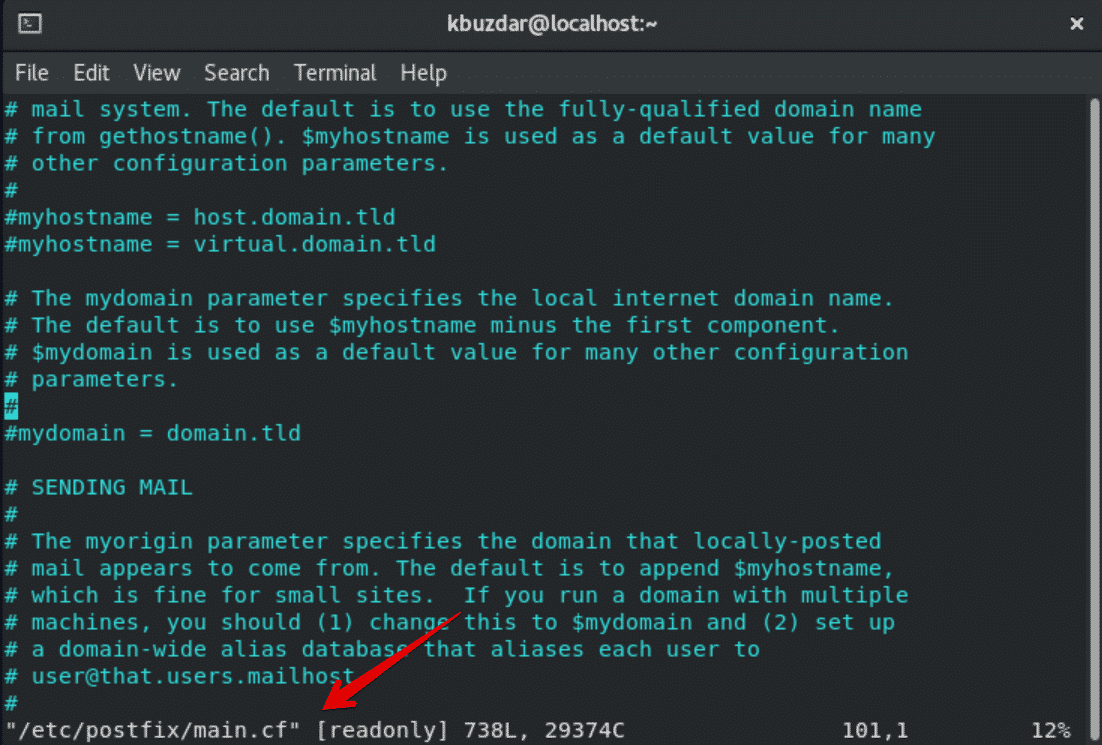 Now, you need to add the following lines at the end of the ‘main.cf’ file.

Here, line one virtual_alias_domains is used to list the domains, for which postfix accepts the emails. More than one domain can be added which are separated by a space.

The second line virtual_alias_maps indicates the path to the file, specify the mapping for forwards domains.

Open the /etc/postfix/virtual file and add the forward emails along with the destination.

Let’s assume we want to forward emails from one to another email :

Once the configurations are complete, try to forward emails on other domains.